Why Sudden Chorus on KTR as CM? – Prof K Nageshwar 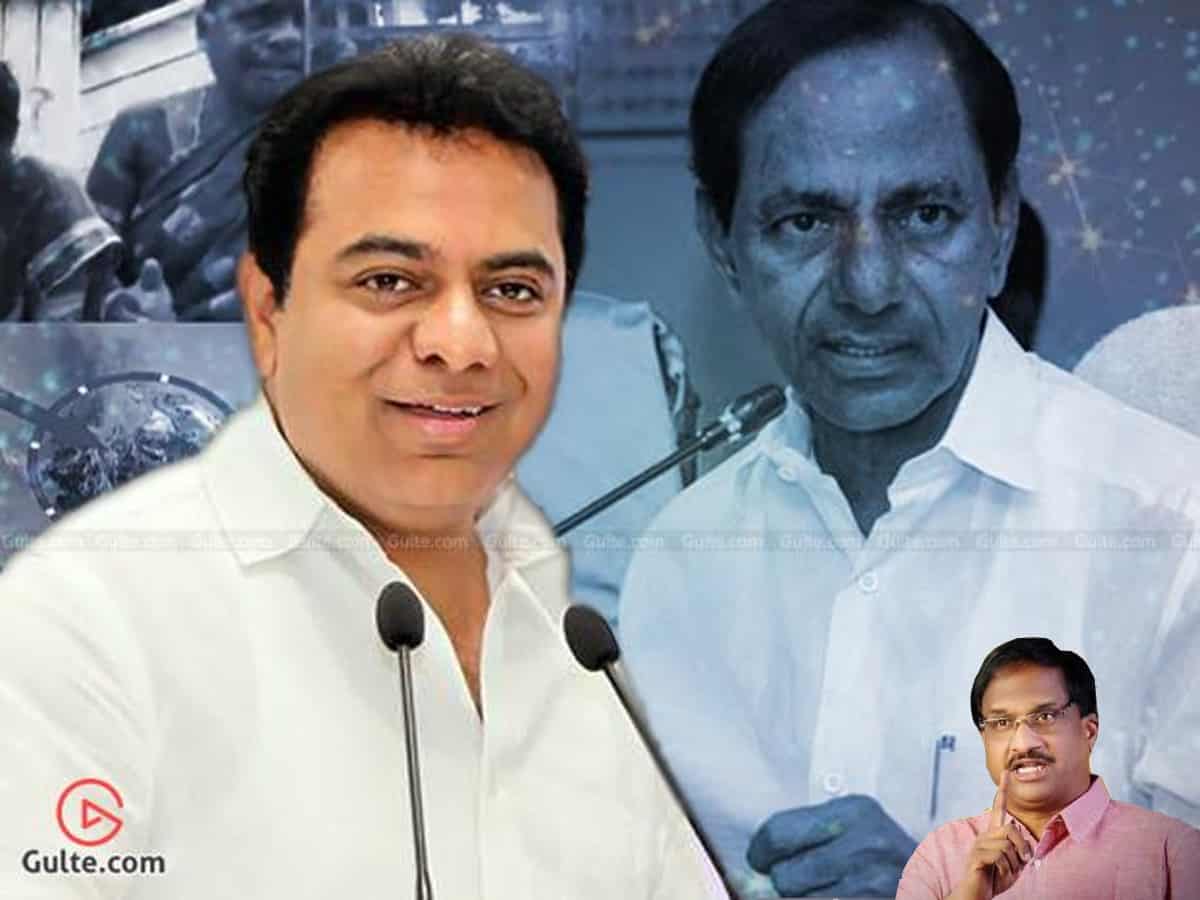 Speculation is rife over KT Rama Rao soon taking over the mantle of power from his father and TRS supremo, KCR. Such a political grapevine did exist for a long time especially after KTR was made the party working president. But, what is new now. Suddenly, as a stream of pink party leaders including ministers are competing with each other to join the chorus. The timing is the new feature of this political soap opera. The media is agog with the news that KTR will take over probably in a few months from now.

The south Asian political culture is characterised by inheritance politics. The regional parties are run all most as proprietorial concerns. Therefore it is neither surprising nor unexpected. But, why this sudden urgency.

There are two contrasting experiences in Indian polity. Mulayam Singh Yadav successfully made his son Akhilesh Yadav as CM even when he was still active. Mulayam ensured that succession happened while he was still popular. On the contrary, Rahul Gandhi is now struggling to become the Prime Minister. He could have easily become so in 2009.

Thus, KCR might be thinking of making hay while the sun still shines. The recent electoral reversals and the talk of simultaneous elections might have prompted KCR to advance his decision to hand over the reins of power to his successor.

There are two options before KCR. Firstly he could wait for the next general elections in 2023 andand hand over the Chief Minister’s gaddi to his son after winning the elections third successive term. But, this is not totally in the hands of KCR. It is not so easy to retain power after ruling the state for a decade. That too, is much more difficult when the resource-rich BJP is moving heaven and earth to capture Telangana. The signs of popular discontent are discernible making 2023 comeback not so assuring.

The second option is to make his son CM before the present term ends. It is fully in KCR hands. Any revolt is unlikely to thwart KCR‘s plans. The BJP is talking about internal dissension if KTR is made CM. But, such an eventuality is difficult to happen and even it happens, KCR is still strong enough to suppress it.

In fact, the current chorus is only to manufacture greater consensus and wider acceptability for KTR’s succession.

Harish Rao seems to be the only challenge. But, KCR cleverly marginalised Harish Rao in the recent past. The signals were palpable with KTR becoming the working president of the party. The Dubbak defeat will be used to quell the aura of electoral invincibility built around Harish Rao by his detractors.

Thus decks are being cleared for the final count down. However, there are reports of KCR planning to make Harish Rao party working president in a bid to placate him in the wake of KTR becoming the Chief Minister.