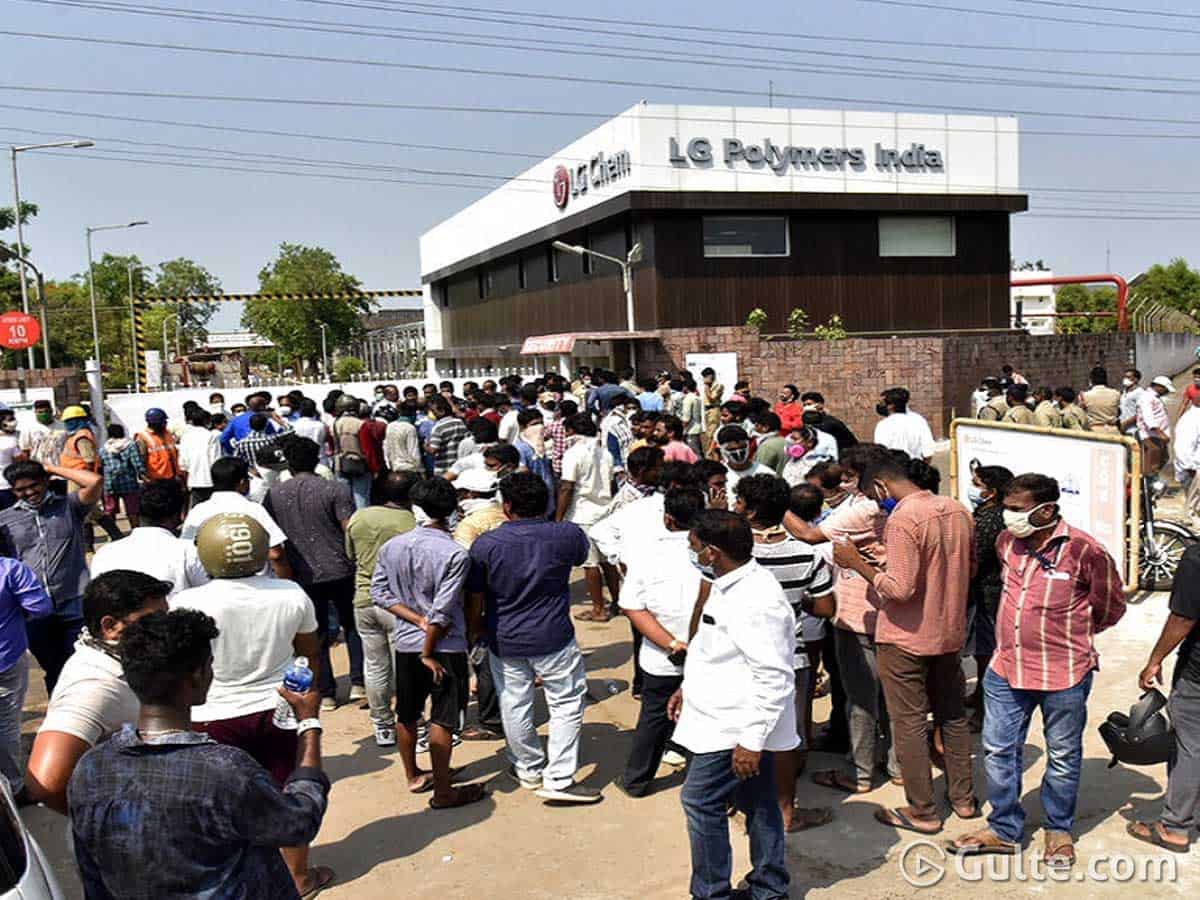 The beautiful Vizag city went into panic with the chemical gas leak episode from LG Polymers Company. People dying and getting hospitalized is being noted on day one. On the day two, the police have cleared the local residents for RR Venkatapuram and then wide range rumours started that the tankers in the LG factory might explode any time.

Police, NDRF team and LG company representatives held a review meeting to take a look at the stock of the situation. There are multiple tanks in the factory and gas got leaked from a single tank. However, there is another tank which has 3000 tons of styrene Monomer and people feared this one. Because if it explodes, the impact could be more for about ten kilometers.

When the incident happened, necessary precautions were taken and they have reduced the temperature on the second taker. This is where the NDRF have stepped in. On a war-footing manner, the did the rescue operations risking their lives. The rescue teams have sprayed Carbondioxide foam in the surroundings thereby making sure no fire or unwanted incident happens.

Speaking on the situation, National Environmental Engineering Institute representative said, there is no chance of explosion as Styrene Monomer is being neutralized. LG company safety AGM said they have opened sprinkler system for four hours and they used anti-dose in it.

However as precautionary measure, Vizag DCP Udaya Bhaskar said, the situation is currently normal. But to be on a safer side, we have vacated people surrounding villages and we shall allow people only once the situation is completely under control.