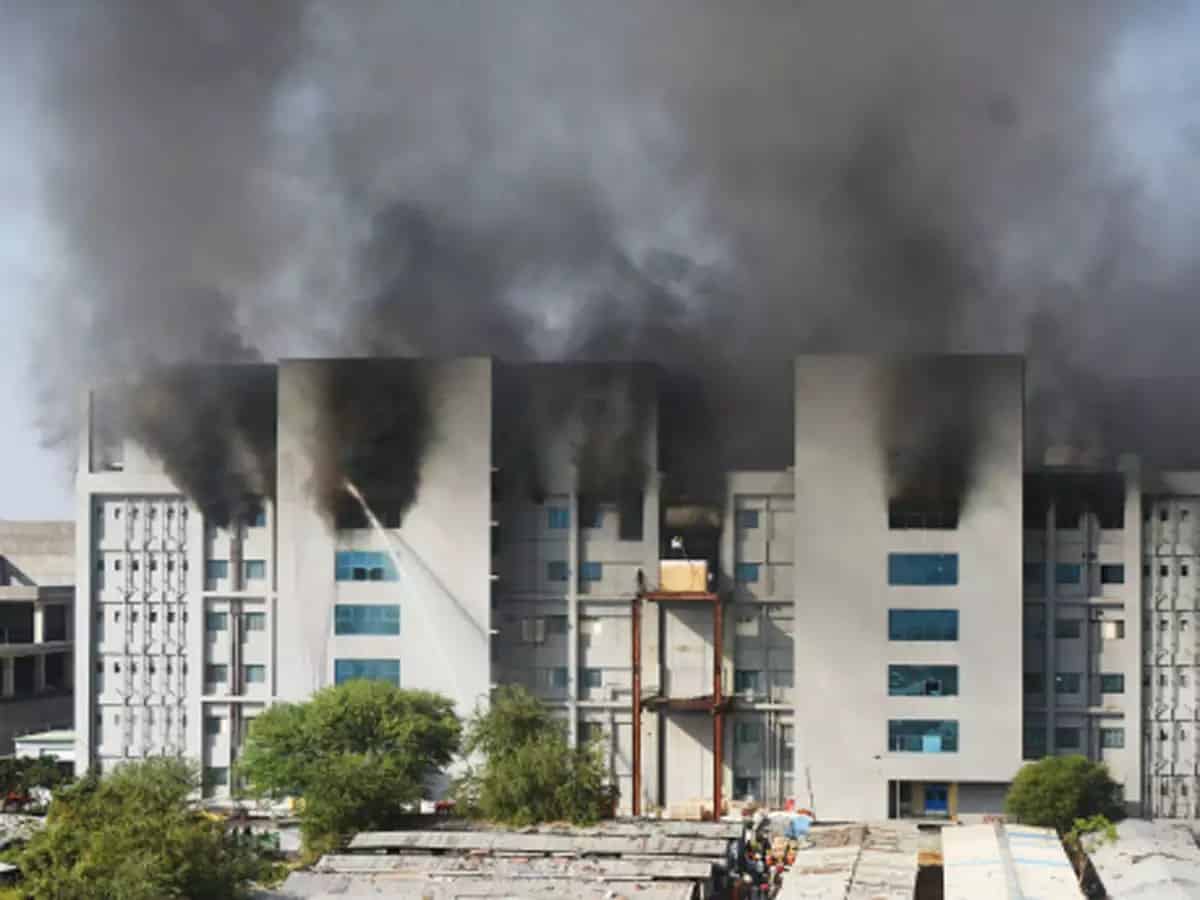 The massive fire accident at the Serum Institute of India’s (SII) Pune plant, which took place in a five-storey building on Thursday and claimed lives of five people, has sent shock waves across the nation as the institute is producing India-made Covishield vaccine. The dead were identified as contractual labourers.

Maharashtra Chief Minister Uddhav Thackeray visited the SII to take stock of the damage.  He said that a probe was being done to know if the blaze was an accident or sabotage. Later, CM Thackeray and CEO Poonawalla have jointly addressed media.

Serum Institute of India CEO Adar Poonawalla said that the massive fire that broke out on their premises led to a loss of over Rs 1,000 crore.

The SII CEO said: “We have suffered heavy loss but the fire will not affect production and supply of Covishield vaccine as we had stored them at various places as the contingency plan.”

“We were very lucky that the incident took place in the building where the Covid-19 vaccine was not being stored. It happened in the facility meant for production of vaccines for Rotavirus and BCG. We will try and make up the supply gap in our other facilities. The loss is financial and there will not be any loss in terms of supplies,” the CEO said.

“It was a massive fire where five people have lost their lives. We have compensated their families and will always be with them. Due to best wishes of people and blessing of God, our fight against Covid-19 will not be impacted. We will continue supplying to other countries too,” he said.

Poonawalla said that fire broke out in a new building where additional production capacity was being put in place. The incident happened when the installation and other things were going on and no actual vaccine was being made there that time and it was for the future, so the losses are for the future, he said.

It is 1 km away from where Covishield was being manufactured.

Thackeray expressed anguish over the death of labourers in the fire mishap and said the Covishield production plant was safe.

“The production and supply of Covisheild will continue. The Covishield production plant was quite away from the building that caught fire and it was a big relief. The fight against Covid-19 will continue,” he said.

Further, he said that various teams were probing the fire incident.

“Let the investigation get completed. It is not correct to say anything now.  After the probe gets over, we will know whether it was an accident or sabotage. The Serum Institute has already announced the ex-gratia for the kin of the deceased. The state government will also extend financial help to them,” he added.