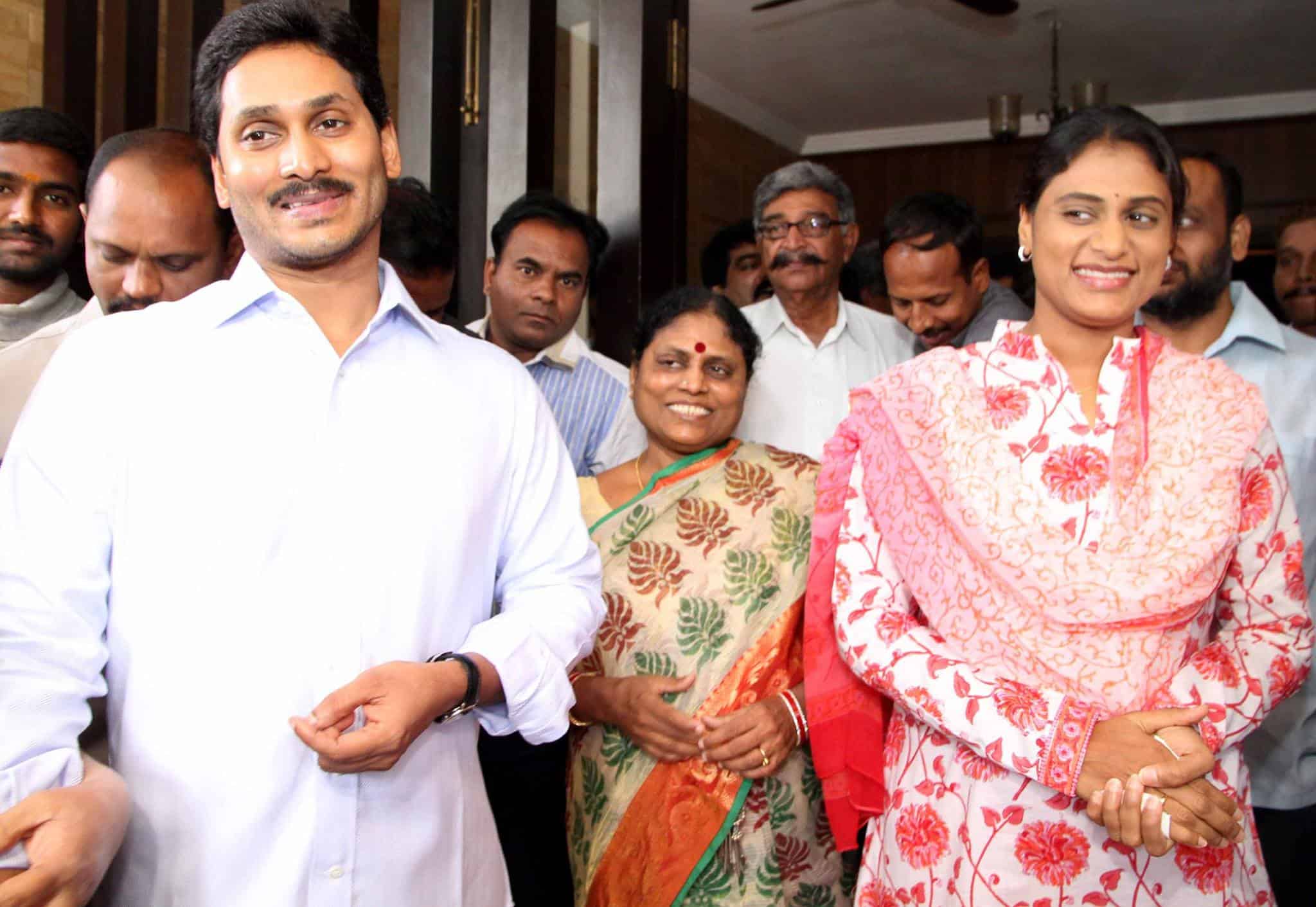 Andhra Pradesh Chief Minister Y.S. Jagan Mohan Reddy won the elections with a heavy mandate and then people’s heart by fulfilling all the promises he made during the Praja Sankalpa Yatra but there is buzz that he is facing dissent from his family members for not keeping the promises he made to them, according to a report published in Telugu daily Andhra Jyothi.

There is talk that differences between Jagan and his sister Sharmila have reached a flash point and she is even readying to launch her own party in neighbouring Telangana. It is learnt that Jagan and Sharmila are not speaking to each other and that their mother and former CM late Y.S. Rajasekhara Reddy’s wife, Vijayamma, is backing her daughter.

Sharmila and Vijayamma are unhappy that Jagan has been neglecting them since he rose to power in Andhra Pradesh. There had been talk that Sharmila had been differing with Jagan and his wife Bharati too in the past.

There is talk that Jagan promised to make Sharmila an MP or make her launch a party in Telangana and make her the chief minister, after he would come to power. It may be recalled that Sharmila had led padayatra in the state when her brother was in the jail in connection with the disproportionate assets case. During the yatra, she claimed that she was the arrow shot by Jagan.

According to media reports, Sharmila is dissatisfied Jagan is neither allowing her to grow in politics nor giving her any prominence in the business houses launched by their father YSR.

The dissent between the siblings came to light when Sharmila stayed away from the annual Christmas celebrations held in Pulivendula. All the family members of Jagan reach their house at Pulivendula, their native place for Christmas but last year, Sharmila and her family were not found in the house. Even Vijayamma, it is being said, did not go to Pulivendula in December.

Sharmila is also unhappy that all those people who had been close to YSR have been put at bay by Jagan after he came to power in Andhra Pradesh.

During the last 10 days, there was news that Sharmila had decided to prove herself and is planning to launch her party, Telangana YSR Congress, on February 9 at Chevella in Rangareddy district, from where her father launched his padayatra, Mahaprasthanam. There is information that Vijayamma would also attend the press meet when Sharmila would reveal her plans.

Reportedly, Sharmila has been calling up Telangana leaders who had been close to YSR in the last 15 days and seeking their support to her party. She reportedly has plans to launch a padayatra in Telangana after launching the party.

However, after coming to power, Jagan had completely neglected the promises he made to his family members. Further, Sharmila’s supporters have also begun disappearing from Jagan’s Sakshi office.

There is talk that Sharmila is more adamant than Jagan and that she does not care even if his prospects are damaged due to her foray into politics. She reportedly said that she was not happy with Jagan’s ‘opportunistic’ politics. Sharmila claimed that she was the real heir to YSR.

It is also learnt that Sharmila told her supporters and well-wishers that she would not hesitate to even criticise Jagan after launching her party. She said that she would urged people to give her ‘one chance’ to show them how ‘Rajanna Rajyam’ should look like.

Knowing about the launch of a political party by Sharmila, AICC top leaders reportedly contacted her but YSR’s daughter had turned down the Congress’s offer. The BJP, which is planning to rise to power in Telangana, is also closely observing Sharmila’s moves.

Only time will tell what is in store for Sharmila and Jagan in the future and what twists would the tale take. Let us wait and watch.