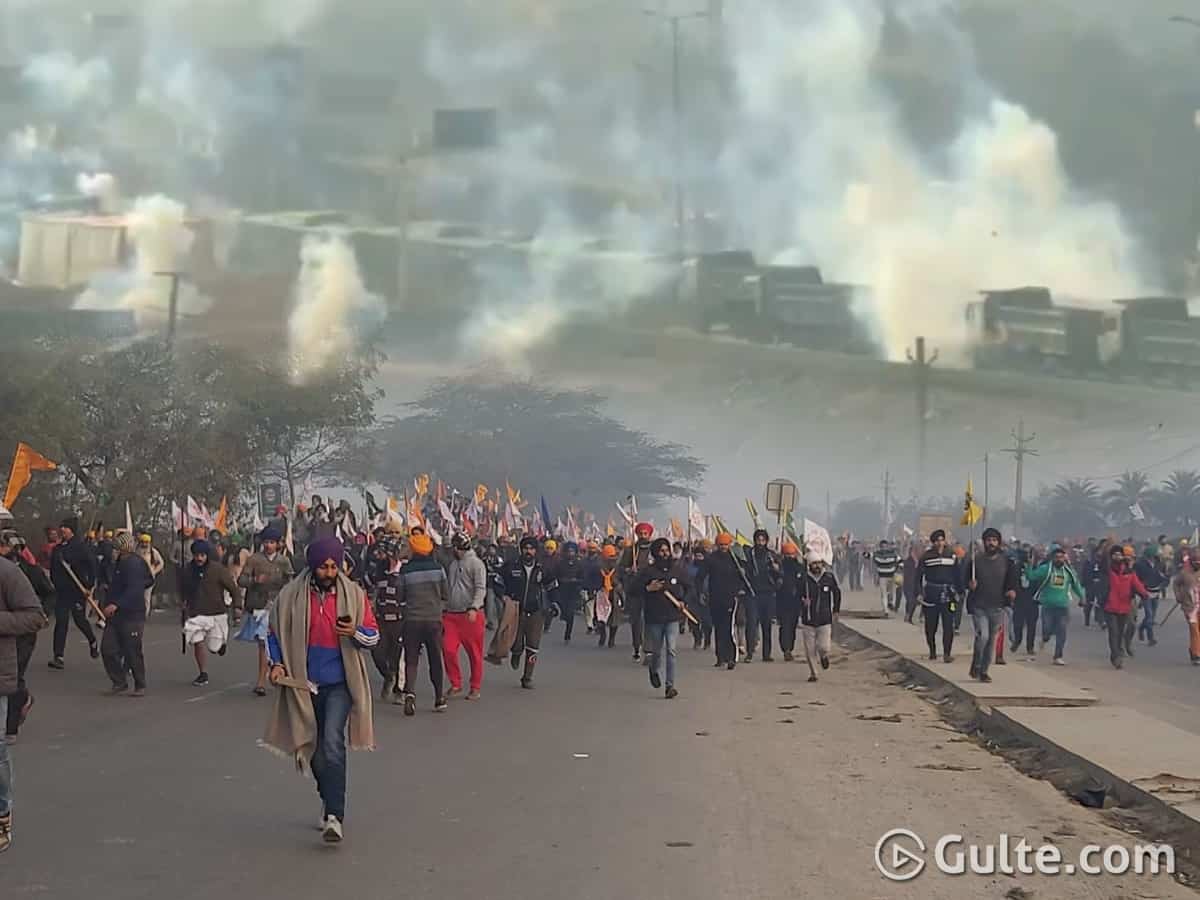 Protesting against the farm laws, thousands of farmers on Tuesday have marched towards national capital Delhi. The agitating farmers have broken down the police barricades at Tikri border and entered Delhi on foot today morning. Farmers are raising slogans against the agricultural laws. The situation at Singhu border which divides Delhi and Haryana and Tikri border is chaotic.

As farmers knocked down the barricades, cops are using tear gas to control them. Heavy police forces have been deployed in order to avoid any unwanted ruckus.

They are heading towards Kanjhawala Chowk-Auchandi border-KMP-GT road junction. Farmers’ tractors with tricolour are set to take out rally in protest against the Centre’s farm laws from the Chilla border on Delhi-Noida Link road.

Security has been tightened in the national capital with police barricades mounted at various important places in the city including ITO, Yamuna Bridge and other locations.

Special Commissioner of Police (CP), Intelligence in Delhi Police, Dependra Pathak has said on Sunday, “The tractor rally will enter Delhi from Tikri, Singhu, and Ghazipur borders and return to its originating points. From Singhu, it will pass through Kanjhawala, Bawana, Auchandi border, KMP Expressway, and then return to Singhu.”

Farmers have been protesting on the different borders of the national capital since November 26 against the three newly enacted farm laws – Farmers’ Produce Trade and Commerce (Promotion and Facilitation) Act, 2020; the Farmers Empowerment and Protection) Agreement on Price Assurance and farm Services Act 2020 and the Essential Commodities (Amendment) Act, 2020. The eleventh round of talks between farmers and the government was held on Friday.

The talks of farmer unions and the government have seemingly broken down after the former insisted on their demand for the repeal of three new farm laws and the latter asked them to reconsider its offer to put these laws on hold for about 18 months. Union Agriculture Minister Narendra Singh Tomar on Monday said that the agitation against the farm laws which has been going on for almost two months will end soon.