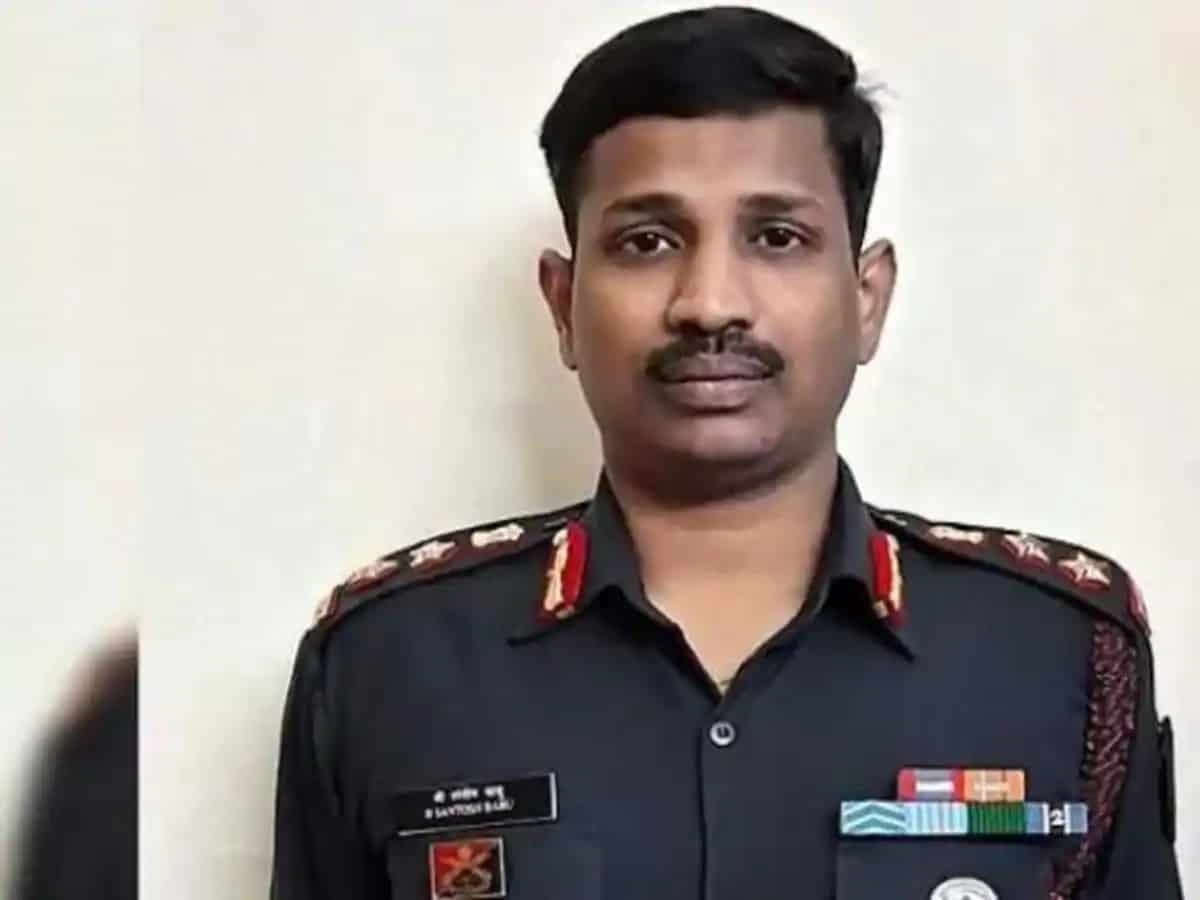 Late Colonel Santosh Babu, who lost his life in clash with Chinese troops in Galwan Valley of Easter Ladakh in June 2020, has been honoured with Mahavir Chakra posthumously on Republic Day. Santosh Babu’s wife, Santoshi, welcomed and said she is proud of her husband. She said, “He (Colonel Santosh Babu) and his team fought bravely and made a selfless sacrifice. Family members and regiment are proud of them. We are feeling proud.”

Colonel Babu, the commanding officer of the 16 Bihar regiment, was among 20 Indian soldiers who laid down their lives in the fierce hand-to-hand combat on June 15 last year in the Galwan Valley, an incident that marked one of the most serious military conflicts between the two sides in decades.

Upendra, father of Santosh Babu, said his son, overcoming the challenges posed by the climatic conditions of the area where he was posted, fought with Chinese troops.

“My son and his men fought barehanded. He proved that India is superior and stronger than China by killing more enemy soldiers,” he said. Santosh’s father added that the valour shown by his son had inspired many people, including those working in the defence forces.

According to him, Col Babu’s family did not get anything more than the departmental benefits that are usually given to the families of martyred soldiers, from the Centre. The Telangana Government gave Rs five crore ex-gratia to Santosh Babu’s family, besides Group-I post to his wife and a residential plot. Santosh Babu and Santoshi had a daughter Abhigna (aged nine at her father’s death) and a son Anirudh (aged four).