A Night In Vizag: What If Jagan Stayed Back? 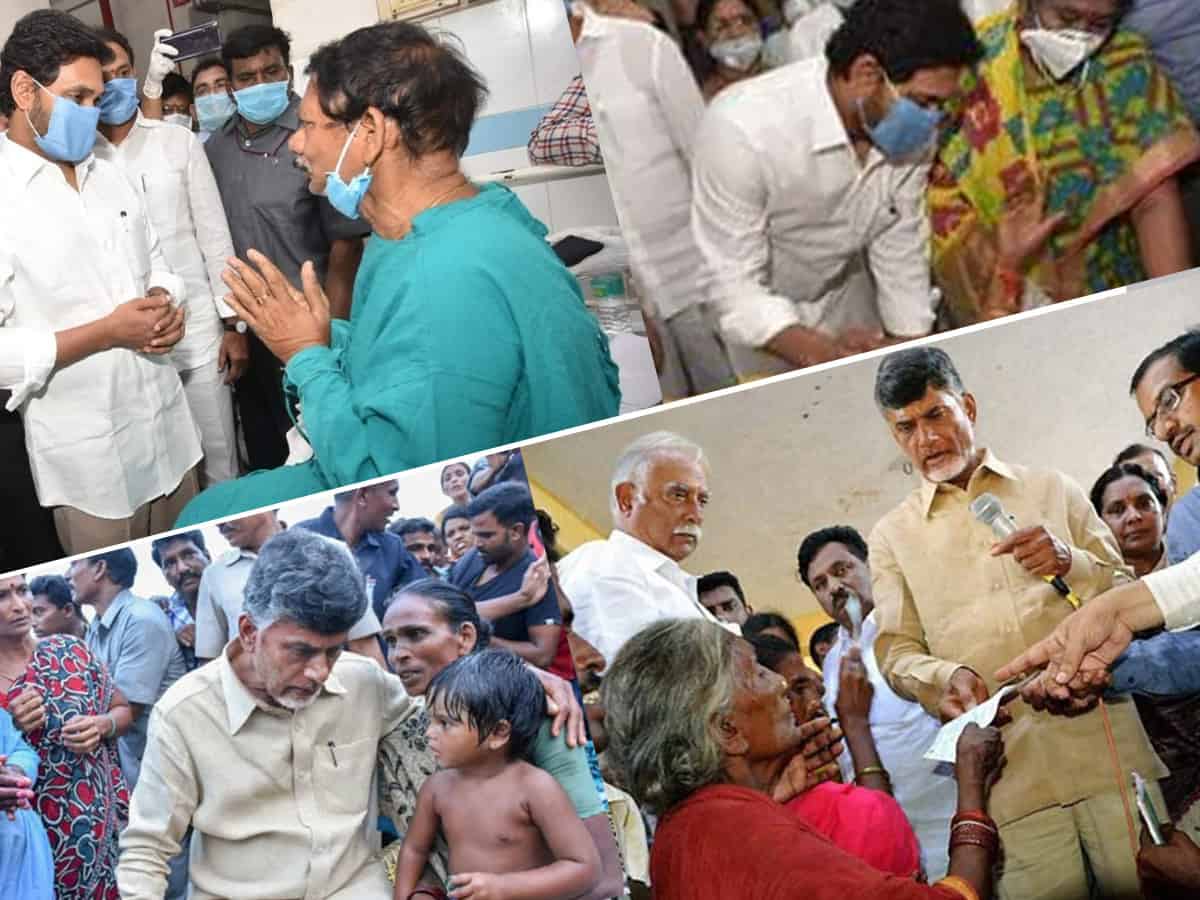 No doubt, CM Jagan has won hearts by announcing huge ex gratia to victims and giving confidence that the government is there to support the families. He has personally interacted with the gas leak victims at the KGH hospital and boosted their morales.

However, many feel that Jagan should have stayed back at Vizag. Had Jagan stayed back at Vizag on the same night and for two more days by monitoring the help and operations, this would have been a huge plus for him and he would have got even better applause for being the moral strength that was most needed when the people in the city were in trauma. Whereas Jagan has asked ministers Avanthi Srinivas, Krishna Das, Botsa Satyanarayana to care-take victims.

There followed some unwanted comparisons between Jagan and Chandrababu as the latter stayed back in Vizag when he was CM, and when the city was struck by natural calamity Hudhud. Naidu had stayed until the situation is restored. For the people who have been drawing comparisons between two different times and different scenarios, the political mileage must be the last thing on their minds during the crisis time as they both walked into the dangerous zones and consoled the affected, though it is way too risky.

Chandrababu found the need for his availability in Vizag then and Jagan found his leave from Vizag would help the officials focus on needful than prioritizing security and sanitization for CM’s stay in coronavirus time.

So there is no need for analyzing the political repercussions and measure the mileage, when both the leaders did the best they could do in time for the people.