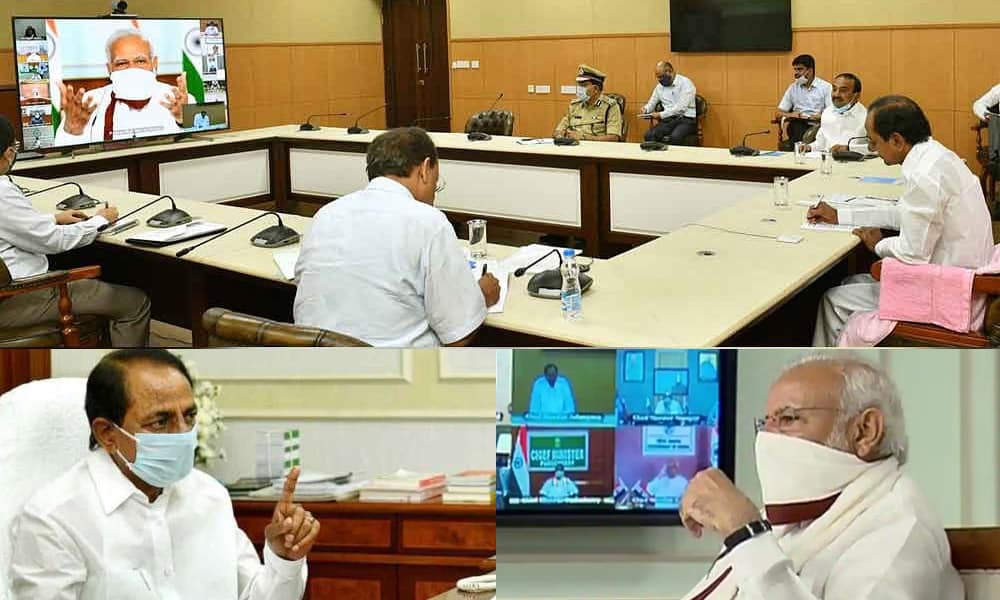 The fifth video conference of Prime Minister Narendra Modi with Chief Ministers of the states has concluded sometime back. In this conference, Modi discussed about the lockdown, issues pertaining to migrant workers, measures being taken at Red Zones and others.

From the beginning Telangana CM KCR has been making key suggestions to the Centre due to lockdown and dipping economy. But the Centre is not really taking into consideration any of them.

Yet once again KCR has made a few recommendations to PM Modi in the video conference and here are the highlights.

** Passenger trains should not be resumed as major cities like Mumbai, New Delhi, Hyderabad and Chennai are reporting high number of cases. If the trains operate from these cities, there are high chances of the virus spreading and it would be uncontrollable.

** Rescheduling of loans. Just like how the Reserve Bank of India (RBI) put-off the loans, EMIs and stuff, the loans pertaining to State government should be rescheduled.

** The Fiscal Responsibility and Budget Management (FRMB) limit which gives the states to borrow money from banks should be raised. KCR has made this recommendation previously too.

** Regarding migrant workers, the Shramik trains should operate continuously. Hundreds of people from Bihar work in rice mills in Telangana. The migrants should be give free hand to travel from their native place to the other regions in the country.

** KCR mentioned about the lack of coordination between Central and state agencies in declaring a zone as orange or green depending upon the threat of Corona. The Telangana CM cited that the Centre should not take much time in announcing this.

** Coming to the Red zones, KCR said the lockdown should be implemented at these places in strict manner no matter what.

** The most important suggestion was KCR said people will have to live with Corona as it would take considerable time in bringing the right vaccine. For that the fear in people should be removed by both Centre and state government initiatives.

** KCR also talked about the vaccine preparation. He added that several bio-tech, pharma and other companies are seriously working to come up with vaccine for Corona. KCR is hopeful that it may not take that long than the expected time.About the medical equipment such as PPEs, medicines, masks and other stuff, KCR informed Modi that the state has sufficient stock.