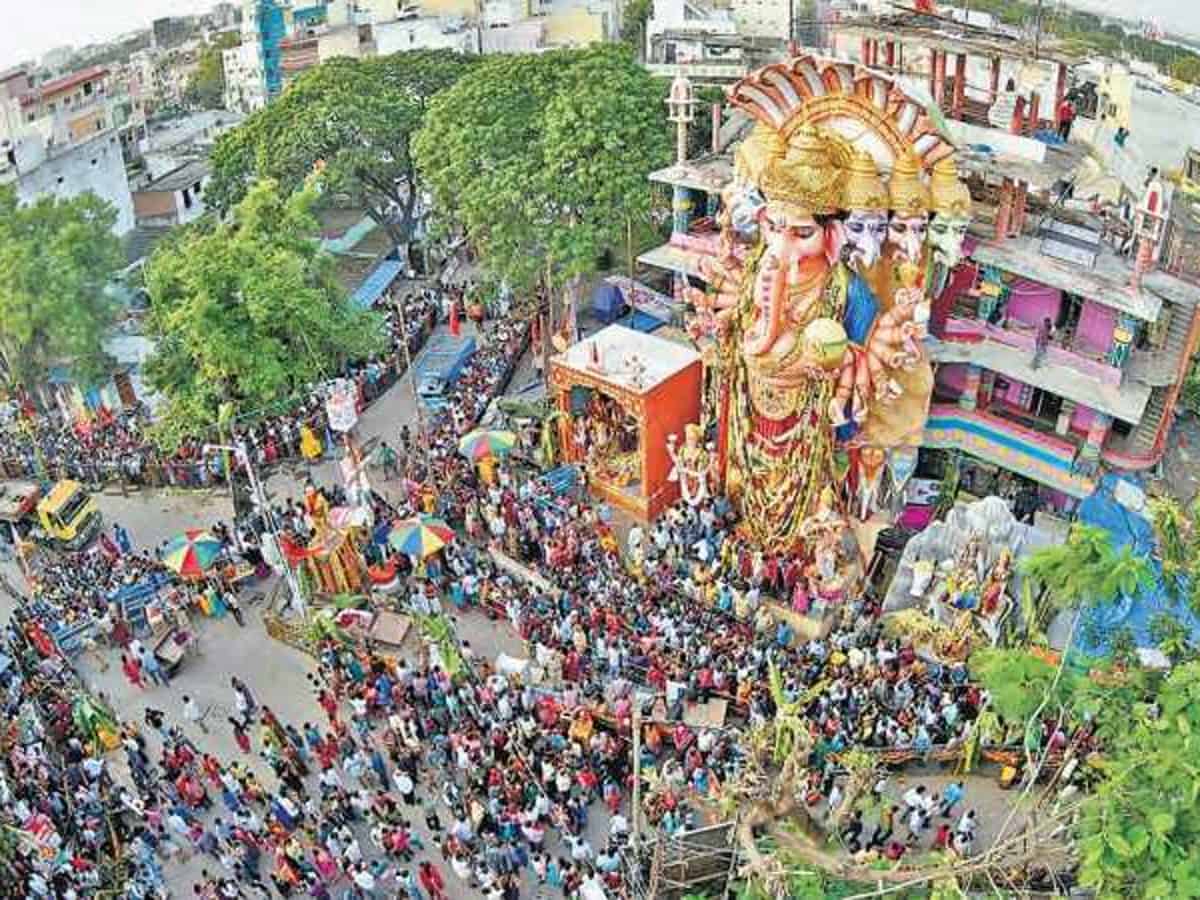 The gigantic Khairatabad Ganesh idol is very popular across the Telugu states. Every year nearly 60 foot idol will be set up at Khairatabad and for this arrangements begin at least two or three months before. But this year it is going to be different as the idol length would be just around just one feet and all thanks to the Corona virus pandemic.

The Khairatabad Ganesh Utsav Committee which met today, called off the Karra Puja ceremony which was scheduled on May 18th. The committee had held discussions with the police department and government and has decided to reduce the idol size to just one feet. The committee will once again meet to discuss about the probabilities of setting up one foot idol.

It was started with a small Ganesh idol of just 1 foot in 1954, by S Shankaraiya a freedom fighter and since then the size of the idol is being raised by one foot every year. Lakhs of people from the Telugu states visit Khairatabad Ganesh for nearly 11 days.

This year the Ganesh festival falls on August 22nd.