All Is Well Between Pawan Kalyan And Ali 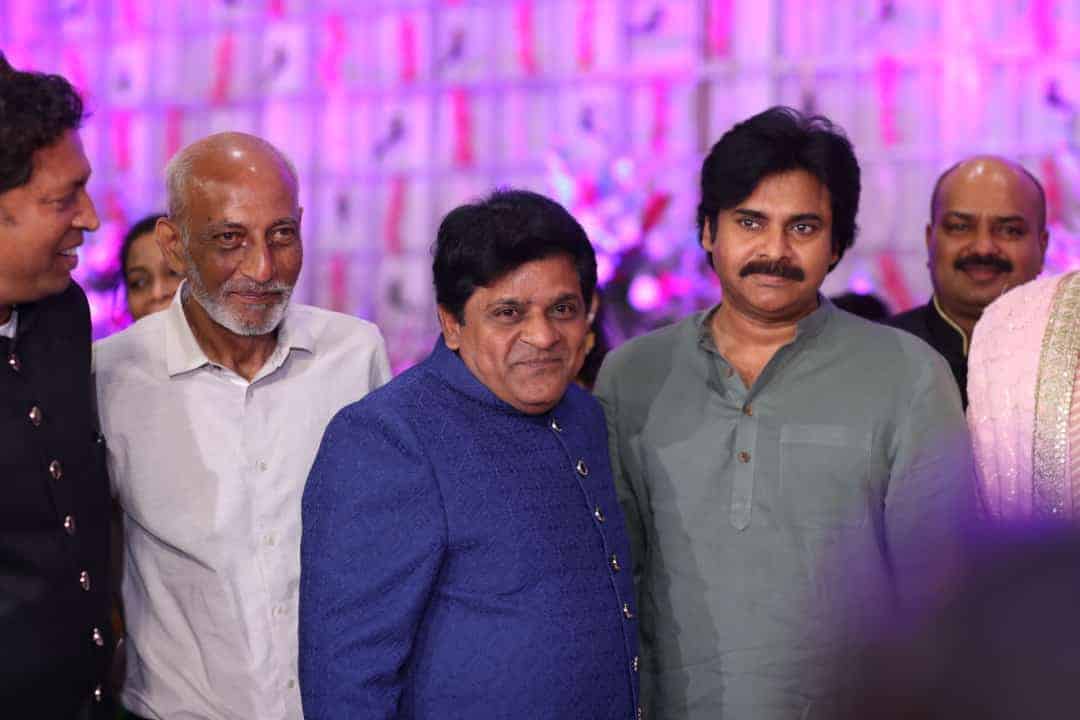 Tollywood star comedian Ali and Powerstar Pawan Kalyan are good friends. Pawan Kalyan is close to only a few people in the film industry and Ali is one among them. Pawan makes sure to have Ali in almost all his movies. Many directors mentioned their friendship at different events. A latest video on social media reveals that the two friends met at a wedding event that took place in Ali’s family.

A war of words took place during the last general elections in Andhra Pradesh. Ever since that happened, the fans are curious if they will reunite. Ali’s wife has posted the video on social media where both Ali and Pawan posed for pictures.

The wedding event took place on 18th February. Pawan Kalyan attended the event and blessed the new couple. After Pawan Kalyan floated the Janasena party, everyone thought that Ali would join him but he preferred to walk with YSRCP.

During the election campaigning, Pawan Kalyan made comments on Ali to which the star comedian has given a retort. Explaining that he was hurt, Ali posted a video and revealed his version. It garnered a lot of attention back then.

Ali and Pawan are now on good terms. The sources close to the actors reveal that they have differences when it comes to politics which they never bring into their personal and professional lives.