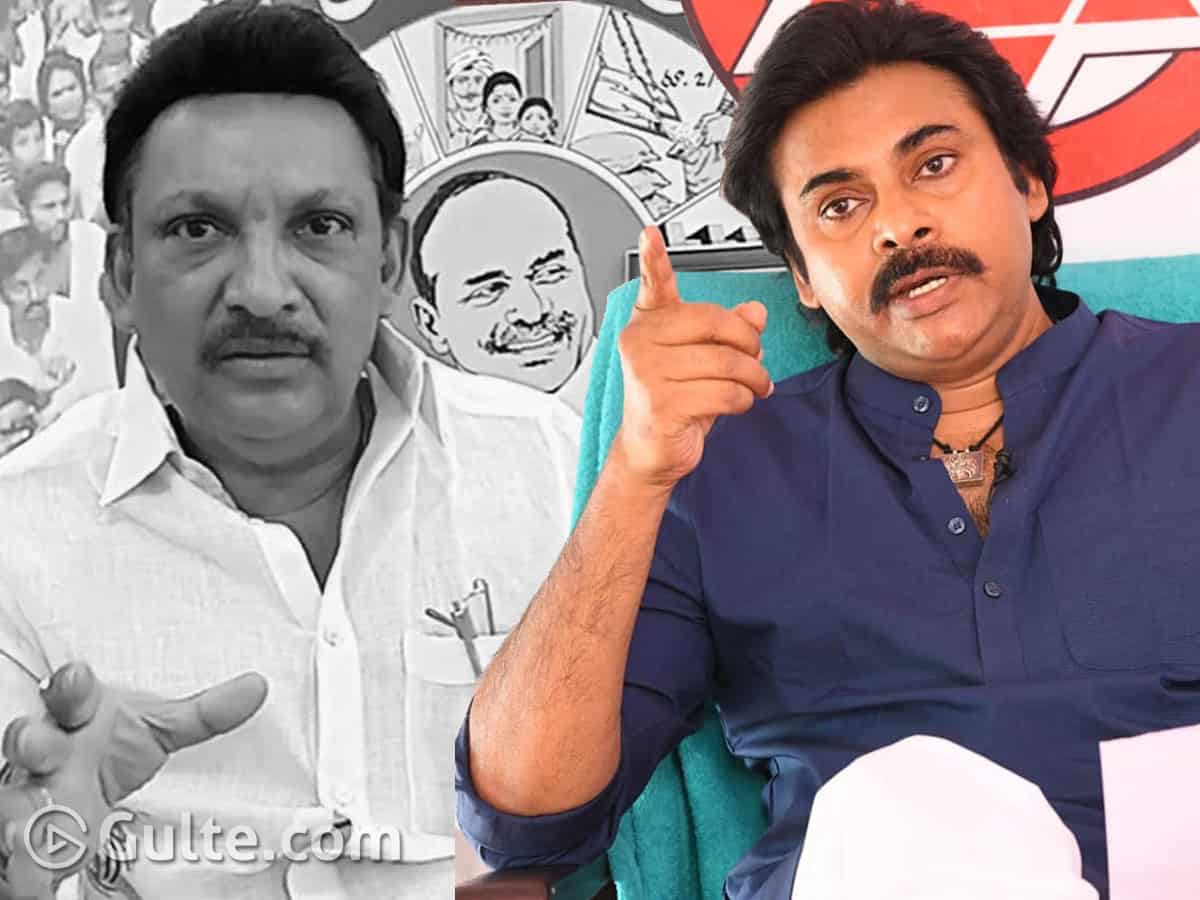 Janasena Party chief Pawan Kalyan blasted Bhimavaram MLA Grandhi Srinivas countering the latter’s nasty personal attack. In a video message that was released this afternoon, Pawan used harsh words and called the MLA an ‘Aaku Rowdy’ who stole poor and middle-class people’s hard-earned money at a co-operative bank. “The MLA’s language in his personal attacks against me shows that he is scared and insecure after Janasena’s victory in the recently concluded panchayat elections,” Pawan said.

“If a mad dog bites us, we don’t bite it back but call a municipal van. I assure all the Janasena cadres that the van will arrive soon and take away the mad dog,” Pawan said in a sharp attack. The Janasena President further urged AP DGP Goutam Sawang to ‘tame’ the MLA before the law and order breaks down in the Bhimavaram town like in the past.

“If people slap us on one cheek, we will not show them our other cheek. We will retaliate at the right time in an appropriate manner,” Pawan warned, also requesting all the Janasena supporters to maintain restraint and ignore the MLA’s comments.

Pawan also told the DGP that he will personally take the issue to the Human Rights Commission if Grandhi Srinivas pressurises the local police to file SC/ST Atrocity cases against his party’s newly-elected Matsyapuri Sarpanch Karepalli Santhi Priya and other Janasena leaders. “Ambedkar formulated the SC/ST Atrocity Act to protect the SC/ST communities. But the MLA is misusing the act to file false cases against our leaders,” Pawan said.