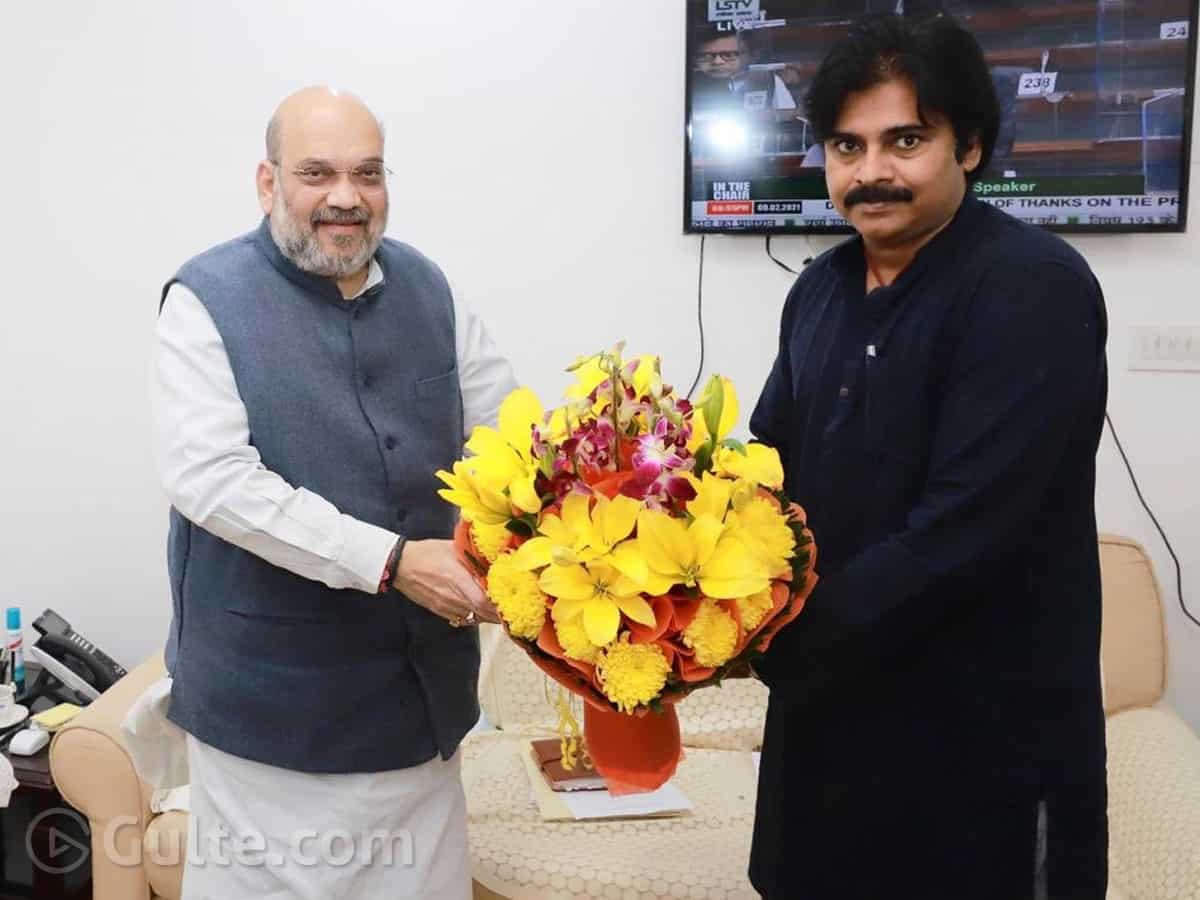 Regarding the Tirupati by-elections, BJP and Jana Sena are in their own calculations. Both parties want to contest the election but are worried that their alliance might get affected. Also there is a huge confusion among the cadre of both parties as who will contest. To clear this uncertainty, Pawan Kalyan is going to meet Amit Shah.

Home Minister Amit Shah will be visiting Tirupati on March 4th and 5th. On fourth evening, Pawan will meet Shah and discuss about latest political developments in AP. Primarily the meeting will on the Tirupati by-poll and which party has to contest. There will be a certain outcome after this meeting said Jana Sena insiders.

After meeting Amit Shah, Pawan will hold a meeting with Jana Sena and BJP leaders of Tirupati. This meeting would finalise the party and candidate and that will put a full-stop to all the confusion.

Before Panchayat polls, AP BJP leaders have informed their high command that BJP is strong enough to contest the Tirupati by poll than Jana Sena. But the results arrived the other wise and Jana Sena proved its stamina. Pawan is taking this opportunity to show the stats of Panchayat results. In both the Godavari districts Jana Sena has bagged good share of votes while BJP across the state won less than 10 Panchayats.

Meanwhile TDP has already finalised its candidate while YCP is yet to reveal the name.