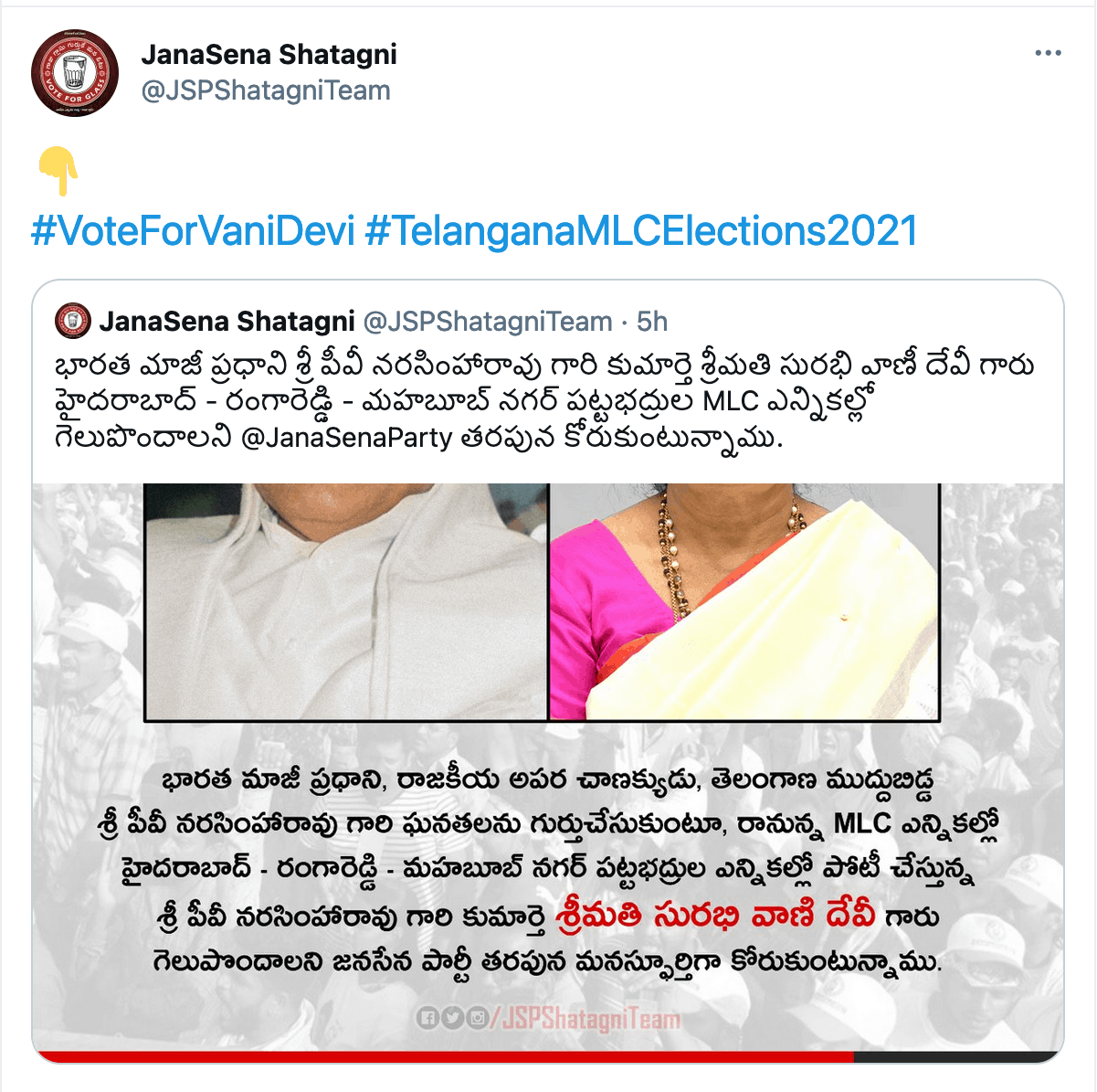 Are the Janasena Telangana supporters shifting their loyalties to the TRS? The party’s digital wing Janasena Shatagni took to its social media accounts and extended its support to TRS’ candidate and former PM PV Narasimha Rao’s daughter S. Vanidevi ahead of the Hyderabad-Ranga Reddy-Mahabubnagar Graduate MLC elections that will be held on March 14th.

On the other hand, Janasena Party’s official social media handles neither posted their support nor distanced themselves from its supporters’ posts wishing the TRS candidate’s victory. This clearly reflects the ideological differences between Janasena’s think-tank and its supporters.

During the recently concluded GHMC elections, Pawan Kalyan had first announced that Janasena will be contesting the polls. However, in a dramatic twist, Pawan withdrew from the contest and extended his full support to the BJP. This naturally didn’t go well with many hardcore Pawan and Janasena supporters.

And BJP’s humiliating treatment to the Janasena before and after the GHMC elections further widened the gap between the sympathizers of both the parties. Today’s Janasena Shatagni’s posts in TRS MLC candidate’s support are a result of the dissatisfaction against the BJP brewing within the hearts of many Janasena supporters. It will be interesting to see how Pawan Kalyan will handle this situation.