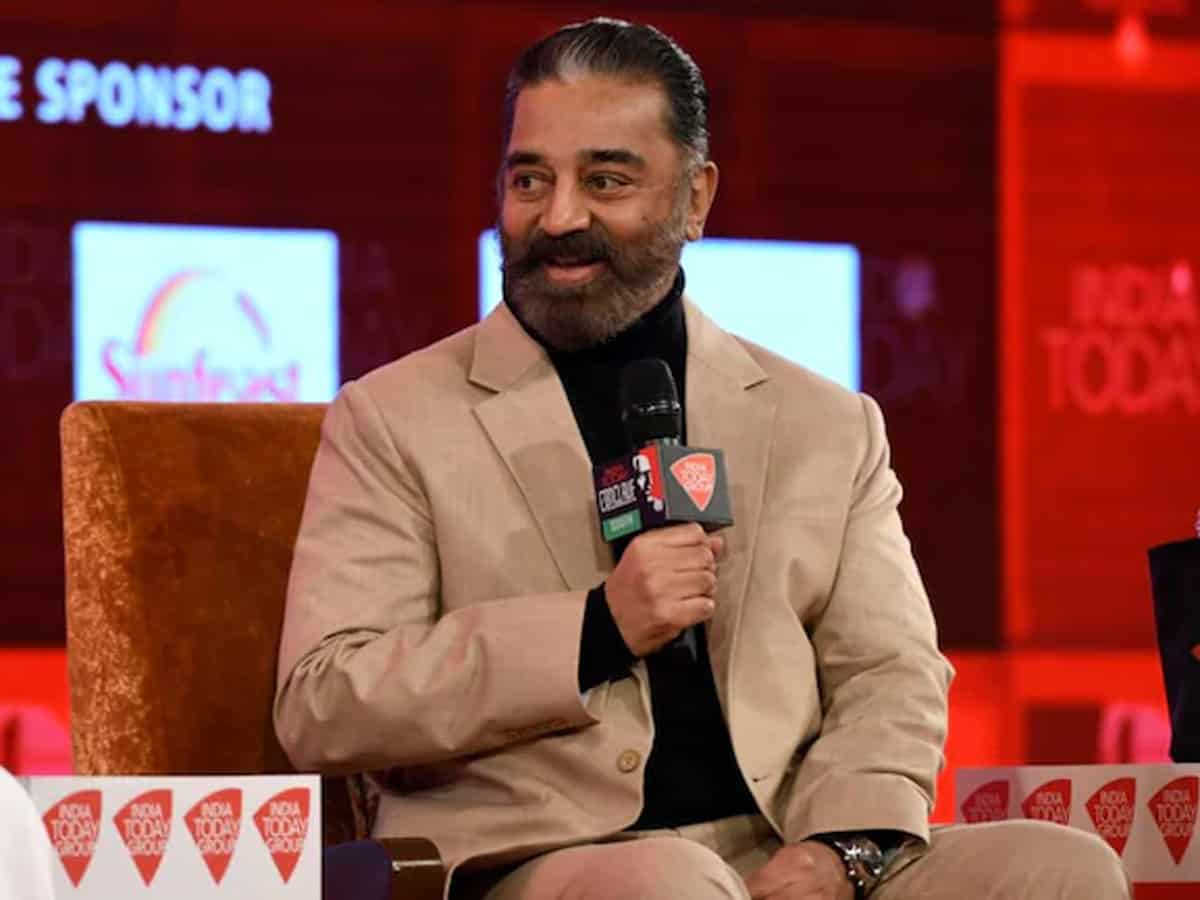 Ulaganayagan Kamal Haasan spoke at India Today Conclave South 2021 about many things from his political ideologies, also saying that the legacy of acting is beyond politics.

The superstar when asked if his stardom is in jeopardy if he loses in the upcoming Tamil Nadu Assembly elections, Kamal said his legacy of acting is beyond politics. “If I lose, it could be the end of a star, but not an actor. There are several films that my fans will remember after me” he said.

Quashing the allegations and questions of the DMK party that he is a B-team’ for BJP, Kamal clarifies once forever that they are just speculations. Kamal Haasan emphasized that DMK is spending sleepless nights because of his party and these ‘B-team’ comments prove that. Saying that DMK is his political opponent, Kamal called the ruling ADMK a self-destructive party.

Also revealing that his political party MNM, Makkal Needhi Maiam is short of funds, Kamal Haasan said his reason for doing Bigg Boss and movies is to finance his party. He said the party receives funds from all the right sources and that is the reason his party is short of funds.

When asked about Rajinikanth’s decision to not enter politics, Kamal Haasan said it would be Rajini’s personal decision.

Kamal Haasan said he would continue to work in films and television.