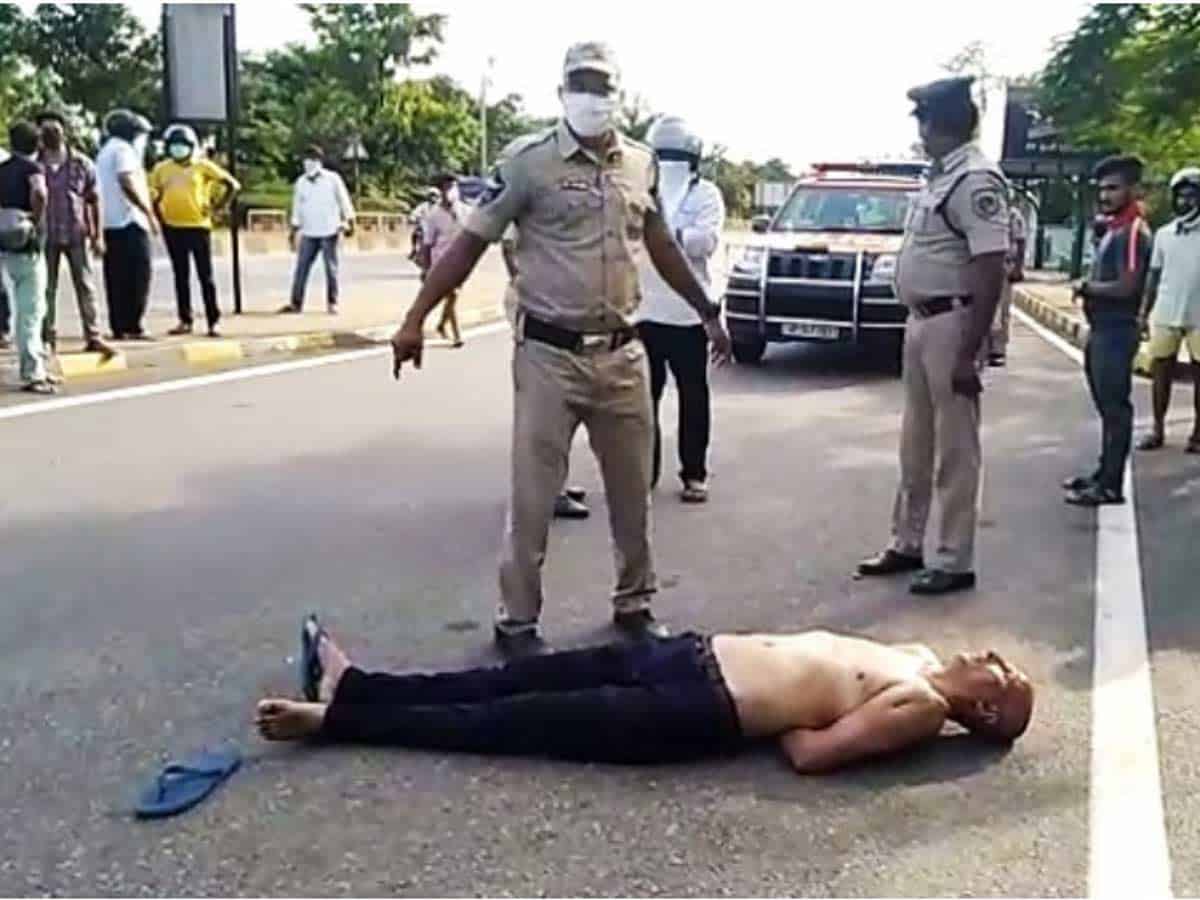 The rivalry between the ruling and opposition parties in Andhra Pradesh has found a new target. A tribal doctor who raised his voice against the government for not providing basic amenities like N95 masks and personal protection equipment (PPE) kits to the healthcare personnel working amid the Covid-19 pandemic is the case in point.

A few weeks ago, when coronavirus cases began registering in the state, Dr Sudhakar, an anaesthesiologist at the Narsipatnam local hospital, deplored the YSRC government for caring a hoot to the lives of doctors working in government hospitals at remote areas. He said that masks and PPEs were being provided on quota basis and said it was not fair on the part of the YSRC government to ask doctors to sign in registers while taking the masks.

At the same time, the doctor also lauded the Telugu Desam government for its efficient governance during its regime. The video wherein the tribal doctor took potshots at the YSRC government had gone viral.

In the next few days, as expected, the doctor was suspended. Soon, the TDP leaders, including former minister N. Lokesh, took to social media and faulted the YSRC government for suspending a doctor when he asked for providing basic facilities to those attending the corona patients. They termed the act ‘anarchic’.

On May 16, there was another video of the same doctor with his head tonsured completely and without his shirt. The video, which went viral, showed the police tying the hands of the doctor and being taken into custody. Coming to the defence of the tribal doctor, TD supremo N. Chandrababu Naidu and his son, Lokesh took exception to his arrest on their Twitter handles. Naidu termed the arrest of the doctor a heinous act.

Chandrababu Naidu also demanded that a case be booked against the police under the SC, ST Atrocities Act for being unruly with the tribal doctor. He also said that suspending a doctor for asking basic facilities amid the Covid-19 pandemic was most inhumane of the ruling party.

Meanwhile, another video of the doctor using abusive language against Chief Minister Y.S. Jagan Mohan Reddy and Minister Botsa Satyanarayana became viral. This video seems to be the prelude to the earlier one where he was seen half-naked and being taken into the custody.

In response to the incident, Commissioner of Police, Vizag, R.K. Meena said that the doctor was taken into custody after they received complaints on Dial 100 that he was creating nuisance on the road. The doctor was in an inebriated condition, he said, adding that the traffic constable involved in the incident was suspended.

Meanwhile, Dr Sudhakar alleged that the police seized Rs 10 lakh which he was carrying to repay a loan, his cell phone and his car. He also claimed that he was being shifted to a mental hospital from KGH where he was taken for medical examination.