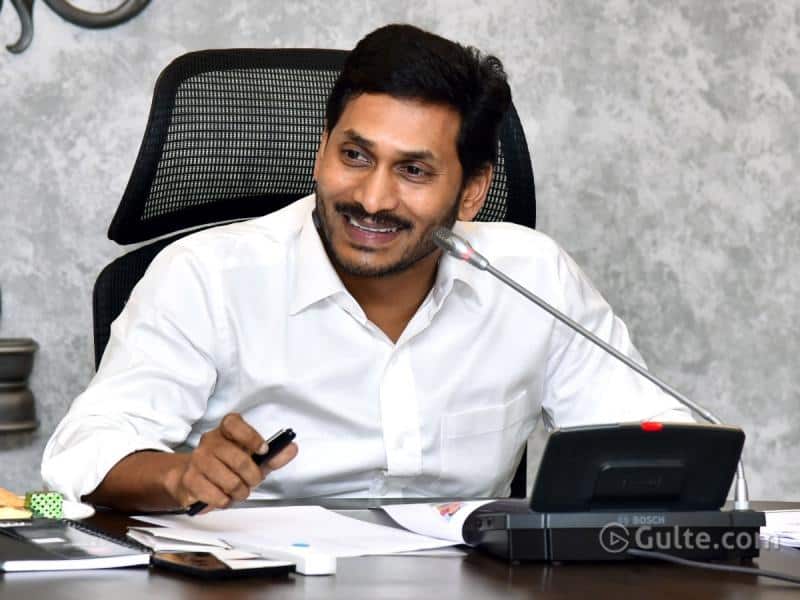 Andhra Pradesh Chief Minister Y.S. Jagan Mohan Reddy seems to be setting new benchmarks in every aspect. During the initial days of his rule, he tried to hog the limelight on a day-to-day basis by making some sensational announcements regarding distributing money to the poor in the name of one or the other scheme under Navaratnalu, which the YSRC considers very prestigious.

Even before that, he launched the Praja Sankalpa Yatra in November, 2017, and covered more than 3,648 km and got voted to power with an unprecedented majority of 150 seats in the 175-member Andhra Legislative Assembly. The landslide victory of the YSR Congress was also attributed to the campaign strategy devised by political consultant, Prashant Kishore, popularly called PK in national political circles, who later was elevated as a second position in JDU. Witnessing the victory of Jagan Mohan Reddy, West Bengal Chief Minister too hired him as the poll campaign supervisor ahead of the general elections in her state.

Earlier, his father and former chief minister Y.S. Rajasekhara Reddy was the first to launch a padayatra, Maha Prasthanam’ and be voted to power, thus, indicating that those wishing to occupy the chief minister’s throne should take up the walkathon and interact with the people to be voted to power. In addition, PK’s help might also be mandatory to ascend the throne.

Again, Jagan Reddy has tried to be away from the flock of other political leaders by trying to fulfil all the promises made at the hustings, on time. He launched one scheme after the other from the day he assumed power, say political observers.

In tune with the party manifesto, he launched YSR Rythu Bharosa for the welfare of farmers, as part of which Rs 13,500 aid would be given to farming activities every year, Nadu-Nedu aimed at renovating and developing the government schools in the state, YSR Matsyakara Nestham for the fishermen, Amma Vodi to encourage school-going children as part of which Rs 15,000 would be given to the families.

Apart from these, he also launched YSR Arogyasri which provides free treatment to the poor patients, YSR Arogya Asara which provides post-therapeutic sustenance allowance to poor patients during recovery period, YSR Nethanna Nestham for the welfare of weavers, YSR Vahana Mitra for auto and taxi drivers to allow them meet the maintenance, expenses of their vehicles, YSR Kanti Velugu, YSR Pension Kanuka, YSR Housing scheme. It is just one year of his assuming power and already, there are numerous welfare schemes introduced by him. Jagan seemingly is trying to introduce a record number of welfare schemes which no other state government had done so far and create another benchnark.

Above all, Jagan tried to be ‘hatke’ from other political leaders by putting forth the proposal of three capitals, which of course, was implemented in a select few countries and proved to be a failure. However, soon as he introduced the proposal, which was strongly objected by the farmers who pooled their land for the world-class capital, Amaravati, there were others who also wanted to tread the same path. The newly-elected CM of Jharkhand Hemant Soren too announced that he would trifurcate the capital, unaware of the heavy expenditure and wastage of resources involved in it, feel political experts.

Recently, Jagan set another benchmark by sanctioning Rs 1 crore to each of the bereaved families of LG Polymers gas leak tragedy victims. Immediately, the opponents tried to corner the CM by saying that the special interest and concern shown towards the LG Polymers was because it was located in Vizag, which would be made the administrative capital of the state.

Now, we have to wait and watch how many more benchmarks he would set for the budding politicians and future CMs.