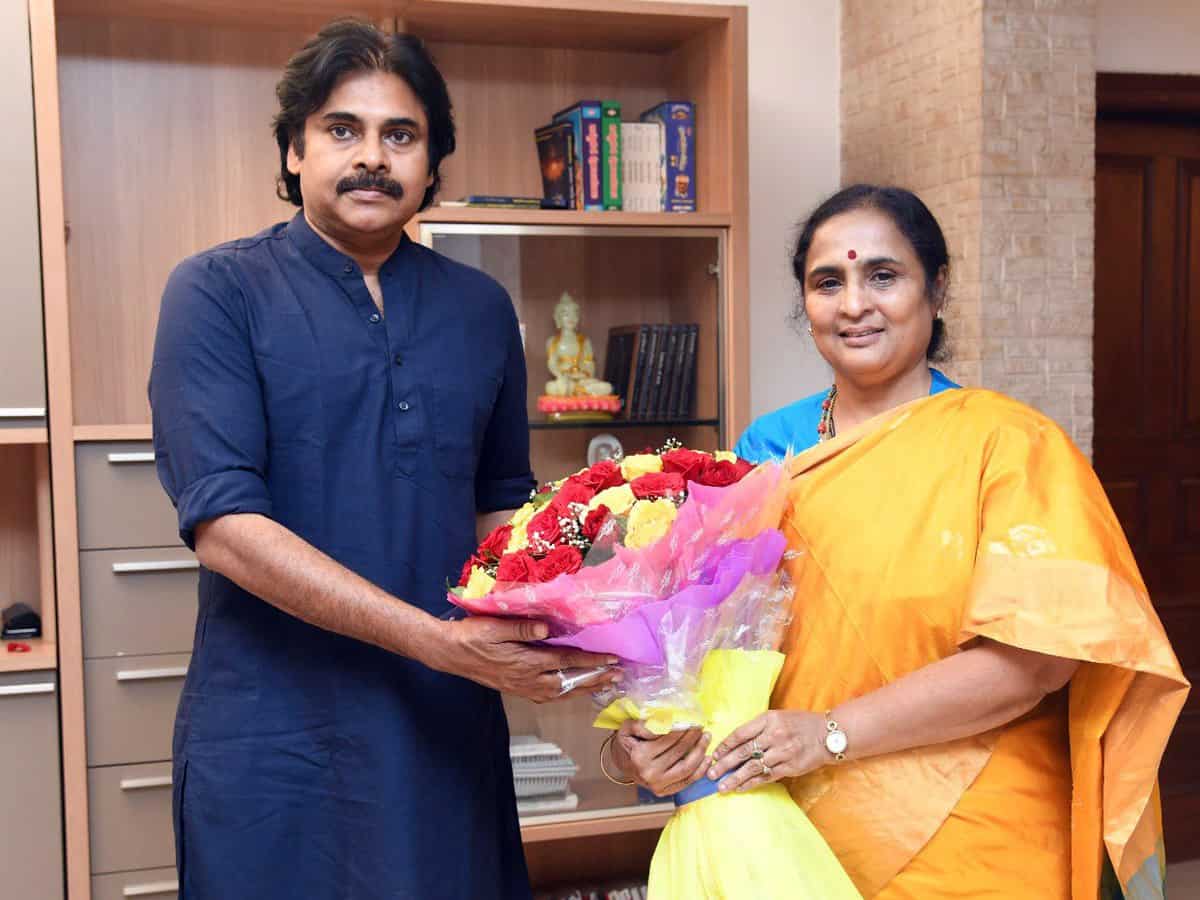 It’s been not even a week since AP BJP chief Somu Veerraju had publicly said that Janasena President Pawan Kalyan will be CM candidate of the BJP-Janasena alliance in the 2024 general elections. Somu went on to say that PM Modi had told him to take a good care of Pawan like a flower.

But now, BJP’s Tirupati Lok Sabha candidate Ratna Prabha has given a rude shock to Pawan and his fans. Interacting with a media house during her campaign in Srikalahasti, Ratna Prabha clarified that there has been no announcement that Pawan will be the CM candidate. “I would like to clarify that he (Pawan) will not be the CM candidate. I don’t know how this news got into the media,” said the former IAS officer.

Needless to say, Ratna Prabha’s statement has left all the Pawan fans and supporters of Janasena who were thrilled when Somu Veerraju had made the announcement on Pawan’s CM candidature. Many dejected fans are taking to social media and are blasting the BJP for its dual talk.

On the other hand, Pawan has landed in Tirupati and kick-started his padayatra earlier today in support of the BJP and Ratna Prabha. Will this wrongly timed statement by Ratna Prabha hamper her chances in the upcoming polls? Well, Pawan’s speech today and his rapport with the BJP’s state leadership coupled with his fans reaction will decide her fate.