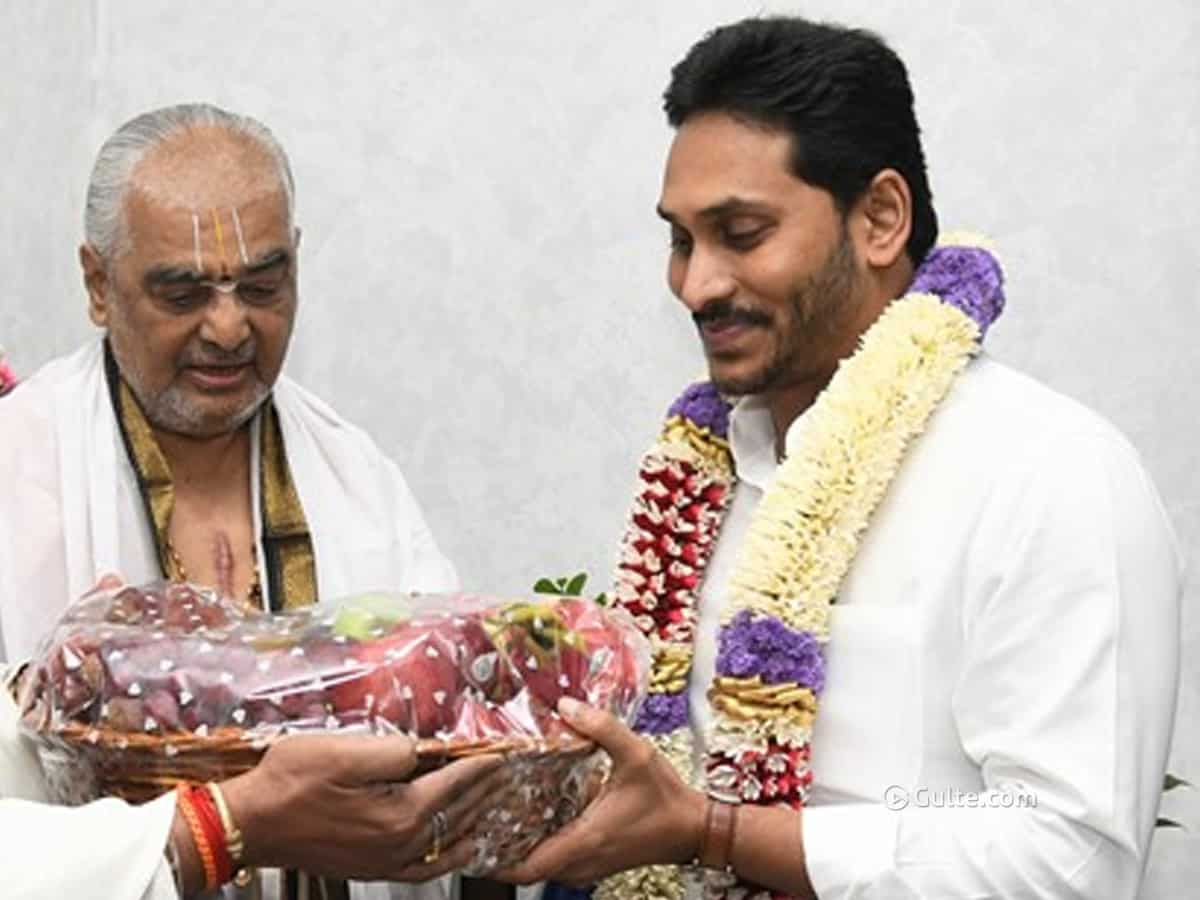 A.V. Ramana Deekshitulu, after being reinstated as the chief priest of Tirumala temple following the YCP government’s decision to induct retired priests of Mirasi families, equated the act to saving of Dharma by Lord Vishnu. He indirectly hailed Chief Minister Y.S. Jagan Mohan Reddy as one among the Trimurthis keen to protect Dharma.

“Whenever there is threat to Dharma, Lord Vishnu takes birth to protect it,” Deekshitulu said. He thanked Chief Minister Y.S. Jagan Mohan Reddy and TTD chairman Y.V. Subba Reddy on behalf of all the hereditary priests, who were inducted back into the TTD fold.

Ramana Deekshitulu, along with three others of the Mirasi Archakas, were forced to retire under the TDP rule, following the TTD’s controversial decision that priests crossing the age of 65 years should take retirement.

Later, Deekshitulu met YCP president Y.S. Jagan Mohan Reddy and reportedly poured out woes of the hereditary archakas before him, following which Reddy promised to restore the hereditary rights of the priests. Deekshitulu alleged that the TDP government was not hearing to their problems nor resolving them.

After Jagan assumed charge, he kept his word and Deekshitulu praised him for the act.

Meanwhile, Andhra Pradesh BJP official spokesperson Bhanu Prakash Reddy took exception to Deekshitulu drawing similarities between Chief Minister Y.S. Jagan Mohan Reddy and Lord Vishnu. Bahnu Prakash Reddy said that Ramana Deekshitulu’s statements would put the sanctity of the TTD in jeopardy. He said that there was no truth in the statement that there were no non-Hindus in the TTD and demanded that all the non-Hindus should be transferred to other departments.

He also demanded that the Ramana Deekshitulu should quit his post if he was interested in making political statements.