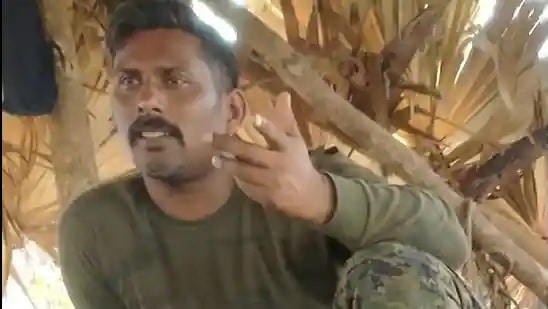 Finally, CRPF commando Rakeshwar Singh Manhas, who had been held captive by the Maoists for the last five days after the ambush on the security forces at Bijapur, was released. Chattisgarh IG confirmed the release of the captive commando. The news spread cheer among the authorities, security personnel and his family members.

The Maoists left Commando Battalion for Resolute Action (CoBRA) commando Rakeshwar Singh Manhas at Terram police station and he is likely to reach the 210th battalion in a short while from now.

After taking the commando captive, the Maoists put forth some demands and said that they would release him safely. The Maoists released a picture of Manhas ‘in their captivity’ which raised several doubts about his safety. The picture showed the commando in a relaxed mood and in conversation with someone in the camp. He also had no injuries which led to several doubts if the picture was real or an old one.

Meanwhile, Rakeshwar Singh Manhas’s 5-year-old daughter Shragvi had made an emotional appeal for her father’s release from Maoist captivity.