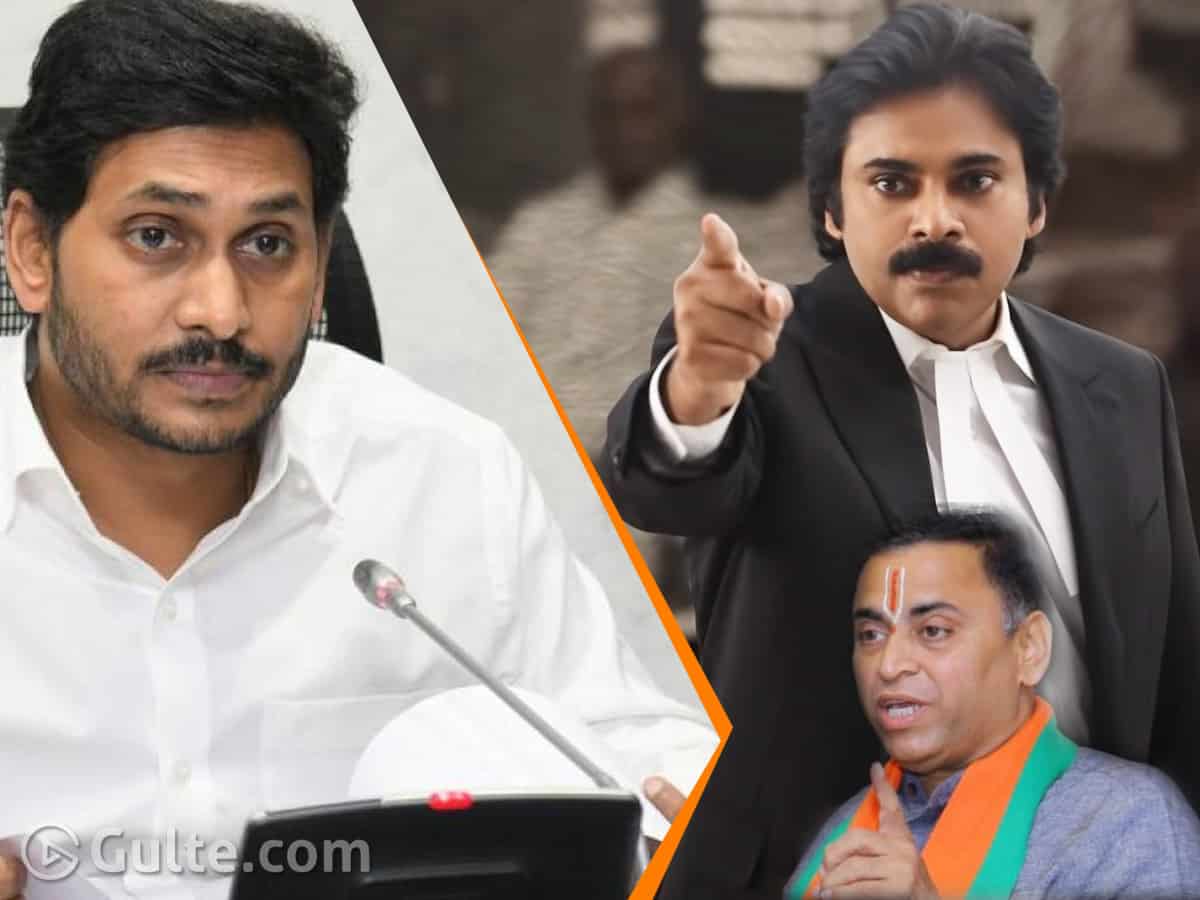 Powerstar fans received a rude shock from the AP government as the benefit shows of ‘Vakeel Saab’ on Friday morning were cancelled as the permissions got delayed. Anguished by the last minute cancellation, Powerstar fans attacked theatres at a few places.

Not just Powerstar fans, even the Andhra Pradesh BJP is upset with this and fumed over the YCP government’s revengeful acts. Speaking on it, AP BJP co-incharge Sunil Devdhar said, “It is unfortunate from the Chief Minister of Andhra Pradesh that he is so scared of Pawan Kalyan garu that he banned all the benefit shows of the film this morning. My question to Jagan Mohan Reddy is, if you’re scared of release of Pawan Kalyan garu’s cinema, then what will happen to you in this state when the real political movie of Narendra Modi Ji and Pawan Kalyan, BJP-Jana Sena will be released everywhere in the state against your barbaric actions, against rowdyism, against your corruption, against your religious conversions. My appeal to all is to definitely watch ‘Vakeel Saab’” said Sunil Devdhar.

Another BJP leader Satya said, “Benefit shows are tradition for a big hero’s film and even for such things, this YCP government is indulging in silly tricks. This is an example of the fear getting into the head of CM Jagan and he is not able to digest the craze of BJP-Jana Sena alliance.”

That’s interesting that BJP fumed over cancellation of benefit shows of Pawan Kalyan’s film. It doesn’t happen often though.