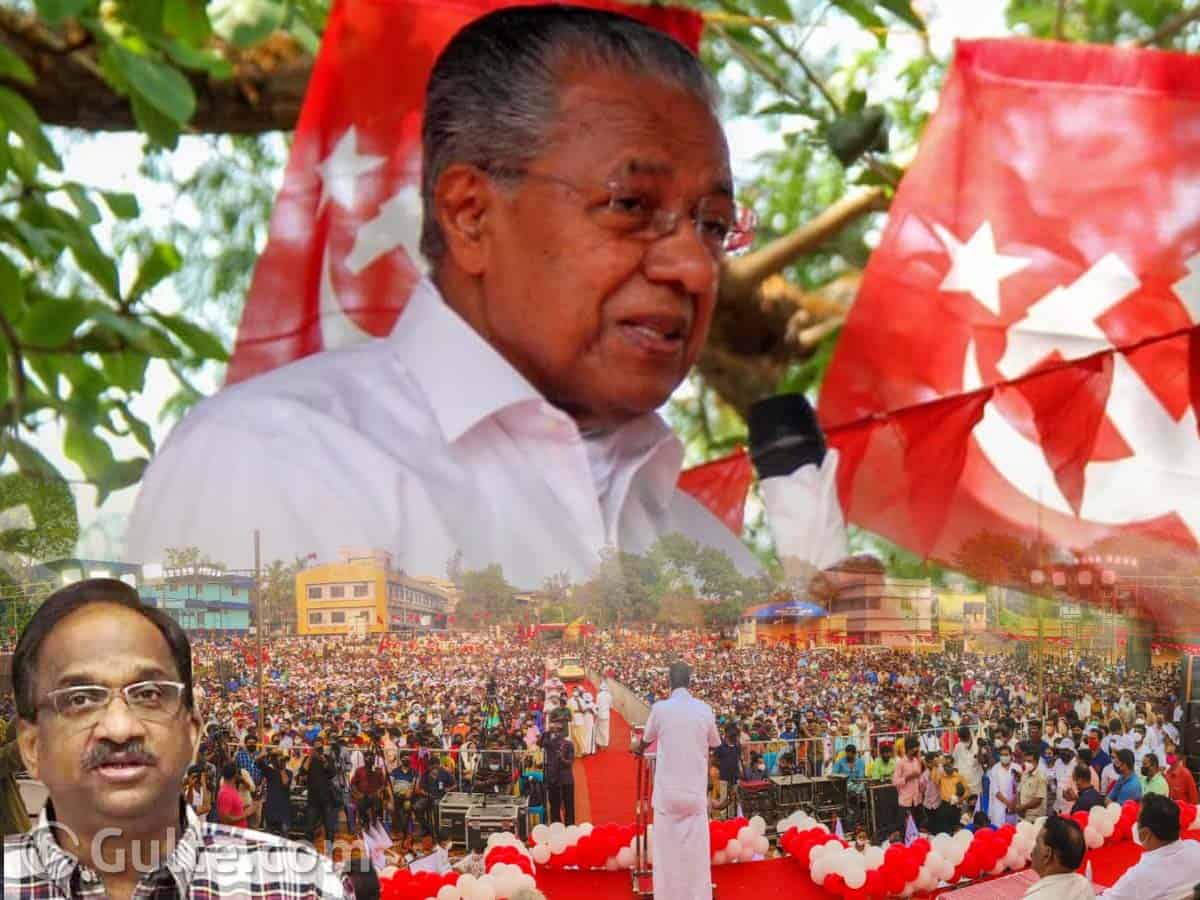 If the left could retain power in Kerala, as every opinion poll suggests, it would be a big relief to the communist at a time when their influence is on the decline. But, why Kerala is looking towards the left?

The brand promotion of leaders is uncharacteristic of left politics. But, Kerala seems to be thinking otherwise. Chief Minister Pinarayi Vijayan’s popularity seems to be the key factor if the CPI (M) led left front succeeds in winning the second term in Kerala. Kerala is known for volatile politics with the electorate switching loyalties to LDF and UDF on a rotational basis. Contrary to this trend, the left is poised to win unless a miracle happens.

The state CPI (M) had seen an intensely personal feud between Pinarayi Vijayan and VS Achuthanandan-led factions. But, with the latter retiring from politics due to advancing age, Pinarayi Vijayan could get a complete hold on the party and the government. The LDF seems to be benefitting from the renewed unity in the CPI (M) that leads the front.

Vijayan government’s handling of two major floods, cyclone, Nipah virus and now the COVID-19 received all-round acclaim. The Chief Minister successfully involved not just the opposition, but the society at large in this fight against disasters. Chief Minister and the opposition leader held joint press conferences in the wake of COVID outbreak, something not seen anywhere in the country. This helped the LDF gains support from beyond the traditional left periphery.

In politically polarized Kerala, victory or defeat is decided by a thin margin. In the 2016 Assembly election, 29 constituencies recorded a thin margin of victory below 5000 votes. Any small swing in favour of either front can completely alter the mandate. Thus, Vijayan’s enhanced image certainly helps the LDF to attain the winning lead.

Muslims and Christians account for 45 percent of the Kerala population. Despite such a huge religious polarization in terms of demography, the BJP was never successful in turning God’s own country saffron. But, BJP’s fortunes will certainly impact the electoral outcome between LDF and UDF. Political observers do not rule out the possibility of BJP increasing its vote share proving to be detrimental to the Congress led UDF.

The BJP is primarily focusing on LDF handling of the Sabarimala verdict. Interestingly, Congress too toed the saffron line. The LDF softened its stand in a bid to placate the religious sentiment and left it to the apex court to finally adjudicate on the matter.

Alliance arithmetic is crucial for winning Kerala. The LDF is expected to cut into the traditional Christian vote of UDF by the inclusion of the Kerala Congress (Jose K. Mani) into the front. The death of veteran Kerala Congress leader KM Mani and the split in the party with a faction coming towards the left can significantly change the electoral equations in UDF’s strongholds. The BJP is also wooing sections of Christian votes. The increased clout of the Indian Union Muslim League (IUML) within the UDF is also causing disenchantment in the Christian voters. Any dent in the Christian vote can prove costlier for Congress and its UDF partners.