If TDP Wins Tirupati MP, All 22 YCP MPs Will Resign 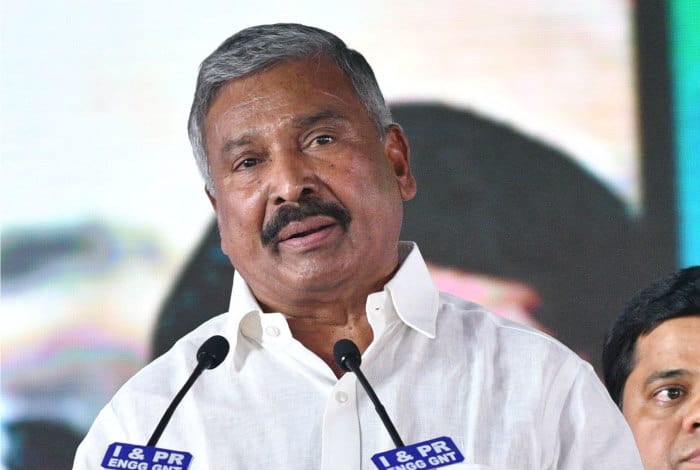 The by-poll for Tirupati Lok Sabha seat is the cynosure of all eyes. The triangular fight between YSRCP, TDP and BJP-Janasena combine is making it even more interesting. While YSRCP wants to retain its strength of 23 MPs in Lok Sabha, TDP wants to increase its base from 3 MPs to 4 MPs in the lower house. Whereas BJP wants to open its score-card in Andhra Pradesh and wants to clinch the temple city and thus want to send a strong message to people of AP.

Amidst all this, ruling YSRCP too has taken this seat quite seriously. Panchayati Raj and Rural Development Minister Peddireddy Ramachandra Reddy stated that the Tirupati by-election has been taken as “referendum”. He challenged the Opposition TDP to win the seat. He further stated that all other 22 MPs of YSRCP would resign if TDP wins the Tirupati election.

Exuding confidence that their party’s candidate and CM Jagan’s physiotherapist Dr Guru Murthy would win the Tirupati Lok Sabha seat comfortably, he said that TDP and BJP-Janasena have “nexus” and “understanding”.

“Pachipoyina Laddus (Stale Laddus) of BJP have become tastier to Pawan Kalyan now. The BJP has done nothing to AP though they are in power at the Centre,” said Peddireddy. He criticised AP BJP state co-incharge Sunil Deodhar that the people of Meghalaya know about him.

As CM Jagan has cancelled the public meeting and his campaign in Tirupati considering the spike in Covid-19 cases, minister Peddireddy said that Jagan is confident that the people of Tirupati are with him.