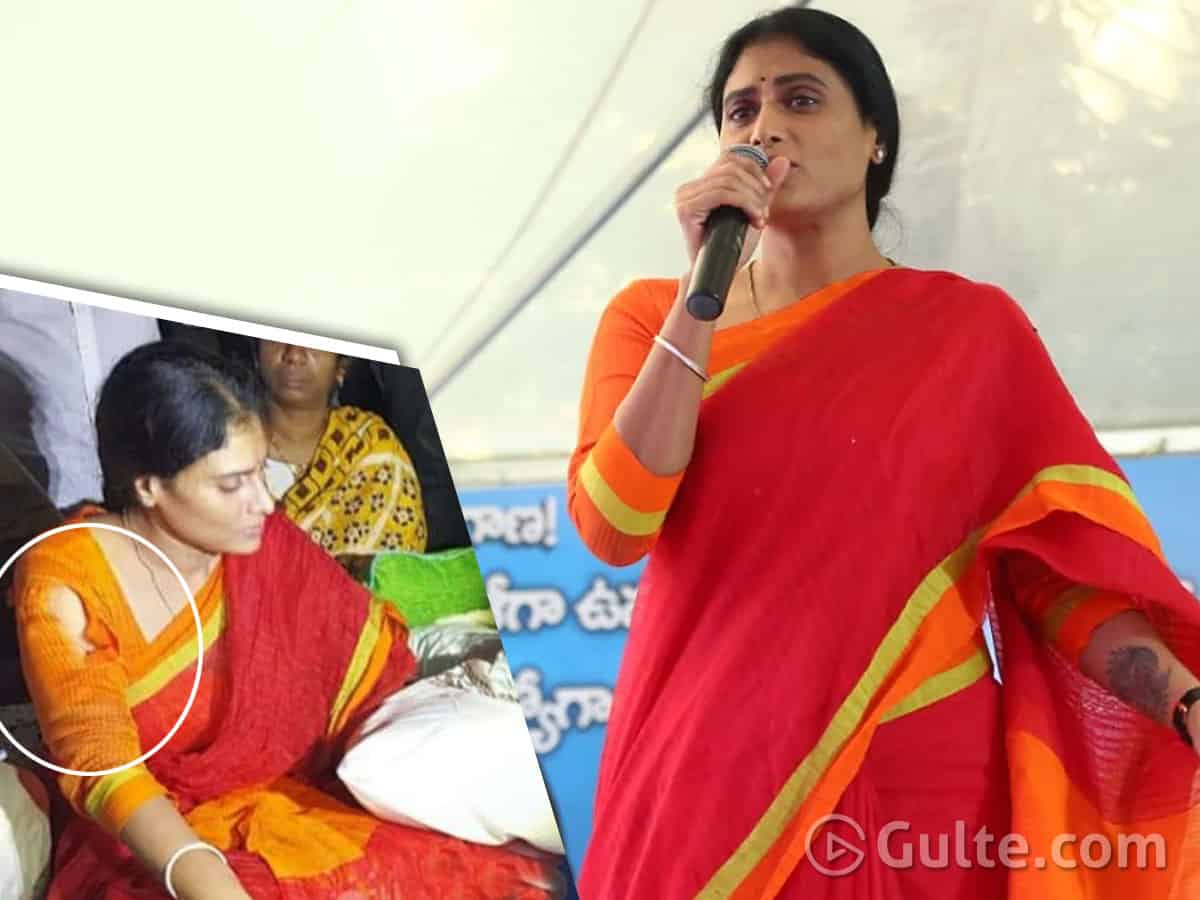 YS Sharmila’s ‘Koluvu Deeksha’ yesterday was blown out of proportion after the Hyderabad Police foiled her meeting citing no permission. Sharmila’s efforts to intensify her fight by carrying out a protest march from Indira Park to her Lotus Pond residence turned chaotic after cops arrested her and sent her to Begumpet Police Station. Sharmila was later released and dropped at Lotus Pond, where she continued her deeksha.

Interacting with the media in front of Lotus Pond, Sharmila made several striking statements against Telangana CM KCR. Sharmila alleged that she was brutally dragged by the police and that her saree was disrobed and blouse was torn in the commotion. Sharmila also suffered an injury on her wrist and fingers.

“CM KCR is responsible for the deaths of unemployed youths and students in Telangana. He must apologise to their families. 1.91 lakh jobs are vacant and 40 lakh youths are left unemployed. I’ll be their voice and fight against the tyrant CM,” Sharmila said.

“Doesn’t KCR have a heart? He can hold a public meeting with thousands of attendees, but he oppresses my protest in support of the unemployed youths in Telangana. Are we trying to destroy his gadi? Are we trying to put an end to his family’s rule? Shapadham Chesi Chepthunna…Edo Oka Roju Telangana CM Avutha (I am taking an oath today…One day I’ll become the Chief Minister of Telangana and I will avenge the humiliation meted out to me),” Sharmila vowed in an emotional tone with her supporters chanting “Jai Sharmila Akka” slogans.

Sharmila further said that her protest will continue as long as the TRS government issues the notification to fill 1.91 lakh vacant jobs in the state. She refused to get admitted to hospital to undergo treatment for her injured wrist. Sharmila will continue her deeksha for 2 more days after which her party leaders will carry out relay protests across Telangana.