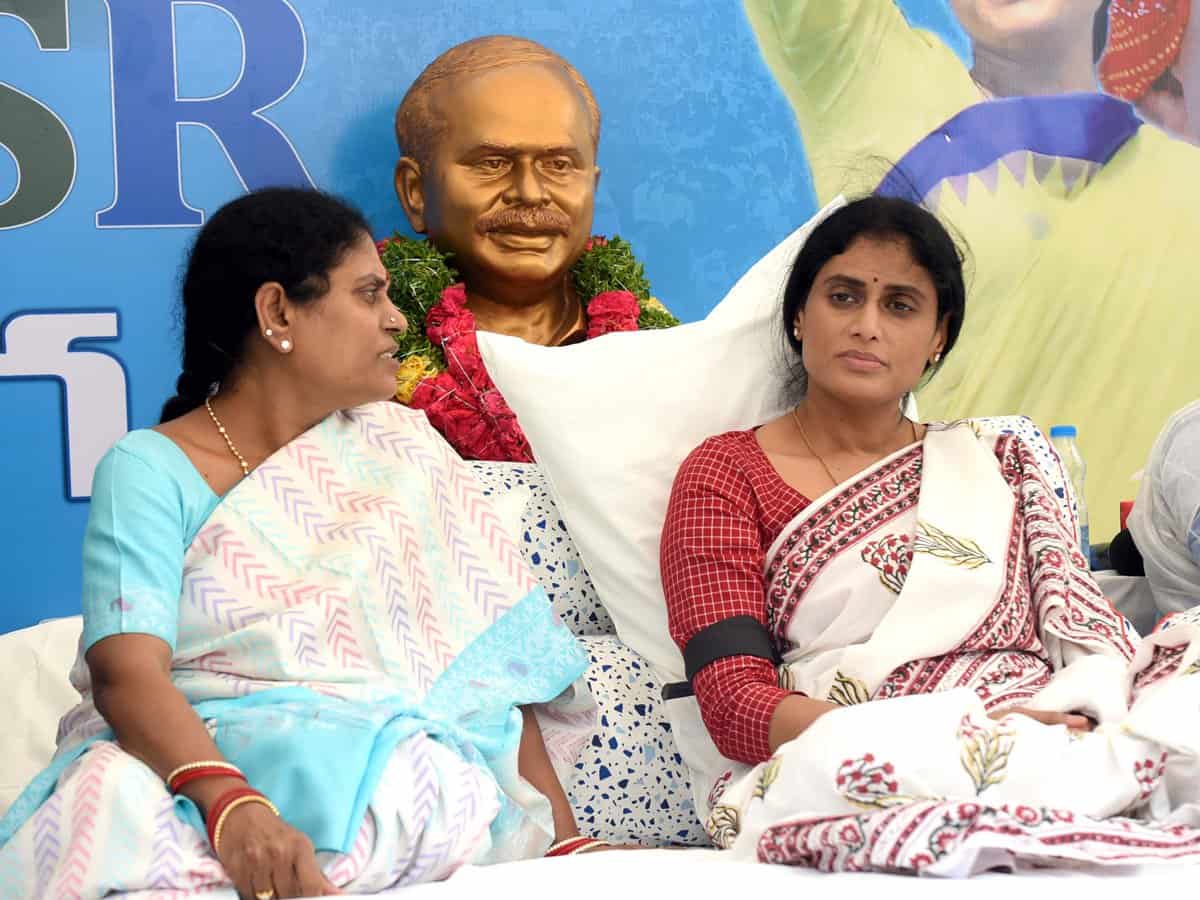 Former Chief Minister late YSR’s daughter Y.S. Sharmila vowed to issue job notifications in the government sector and also create lakhs of jobs in the private sector soon after being voted to power in Telangana. She exhorted unemployed youth not to end their lives but be patient for two years as she exuded confidence that her party would be voted to power by that time. In the name of Rajanna bidda, she took a pledge to eliminate unemployment in Telangana overcoming all the hurdles.

Sharmila compared Telangana Chief Minister K. Chandrasekhar Rao to a bull and criticised him for not responding to her demand of issuing job notifications. She said that she would continue to raise the issue whenever and wherever possible till KCR yielded to her demand.

Sharmila made these remarks during her just concluded 3-day deeksha demanding issuing of job notifications for the unemployed in the state. She demanded that the TRS government release the job notification calendar and also relax the age limit for job seekers by 7 years as compensation for delaying the issue of notifications.

Though Sharmila’s demands were strong and clear, her deeksha evoked poor response from the public as she chose a wrong time for her 3-day protest. It is being viewed as wrong time because the Nagarjunasagar bypoll has already heated the political atmosphere and the media is completely focused on it. Moreover, the second wave of Covid-19 is at its peak. Due to these reasons, Sharmila’s deeksha did not get the political mileage.

In view of the rising Corona cases, the police did not grant permission for her 3-day deeksha following which the venue for protest was shifted from Indira Park to her Lotus Pond residence after the first day. All said and done, protest in a public place has a different impact compared to that in the comfort of one’s own residence.

In addition to the above reasons, there is talk that people in Telangana are viewing Sharmila as a Seemandhra person. Though she might be opposing KCR and faulting his policies, there has not been much response even to her protest at Indira Park.

Political observers said that Sharmila’s vows and statements would have carried more weight had she floated a party and declared the policy, agenda of the party. Finally Sharmila’s deeksha turns like a flop show.