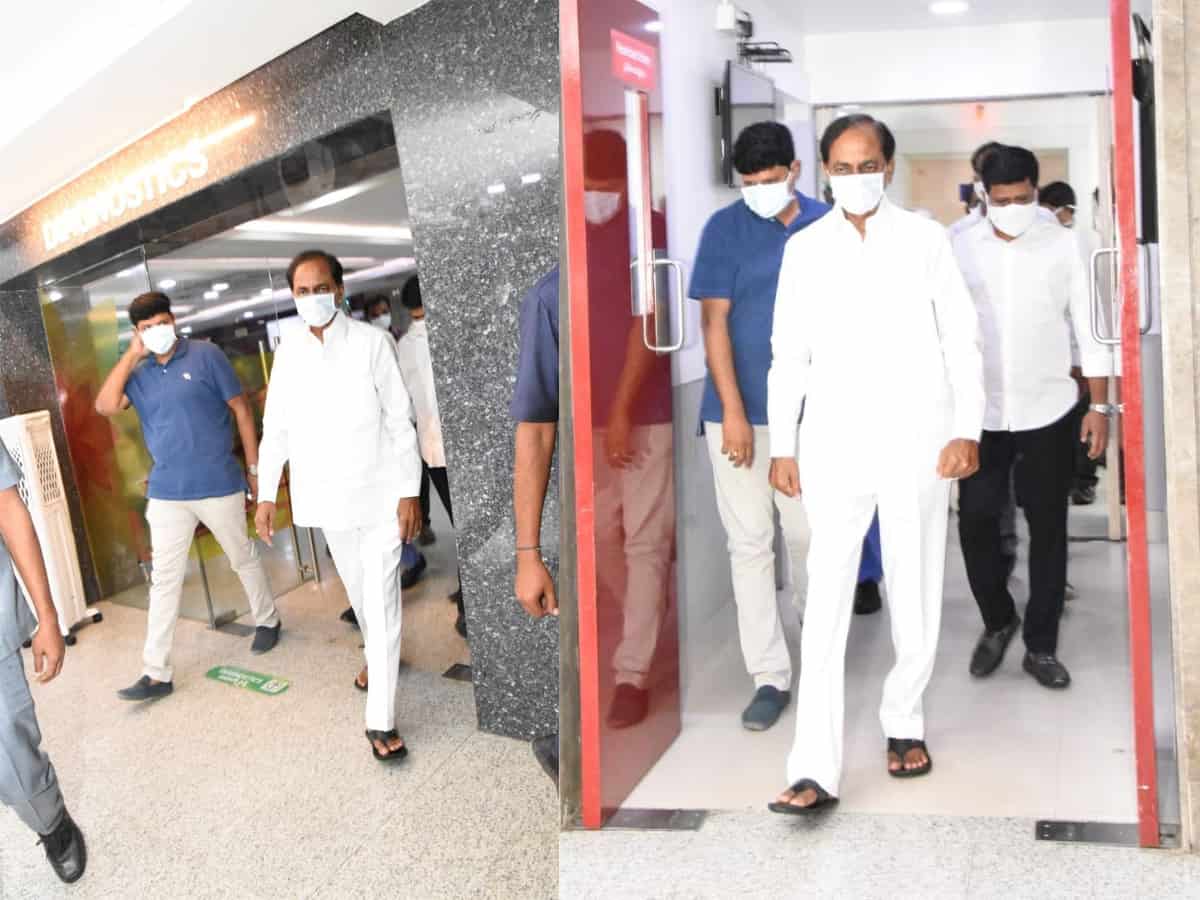 Telangana Chief Minister K. Chandrasekhar Rao, who has been in isolation at his Erravelli farmhouse after testing positive for Covid-19, has been rushed to Yashoda Hospitals in Hyderabad this evening. This is the first time that KCR is visiting the hospital after having contracted the virus.

Sources said that KCR was brought to hospital for general check up and CT scan. On information from the authorities, security has been heightened near the hospital. KCR’s personal doctor, Dr M.B. Rao, would perform all the necessary medical tests and afterwards, the CM would leave for his farmhouse from there.

It is learnt that the doctors have decided to perform six tests on him. Dr M.B. Rao said that KCR’s health is stable and that tests were being performed as part of check-up. He said that KCR tested positive for the virus just two days ago.

Public have been asked not to gather at Yashoda Hospital to catch a glimpse of the beloved leader as there were chances of them contracting the virus. Even the officials were asked not to visit the hospital.

The officials at the hospital said that KCR’s health is stable and there is nothing to worry as he has been receiving medical treatment at his farmhouse. Doctors have been monitoring his condition in the farmhouse.

KCR contracted the virus after he held a public meeting ahead of the Nagarjunsagar bypoll campaign. TRS party candidate for the Nagarjunasgar bypoll Nomula Bhagat also tested positive for Covid-19 during the campaign.