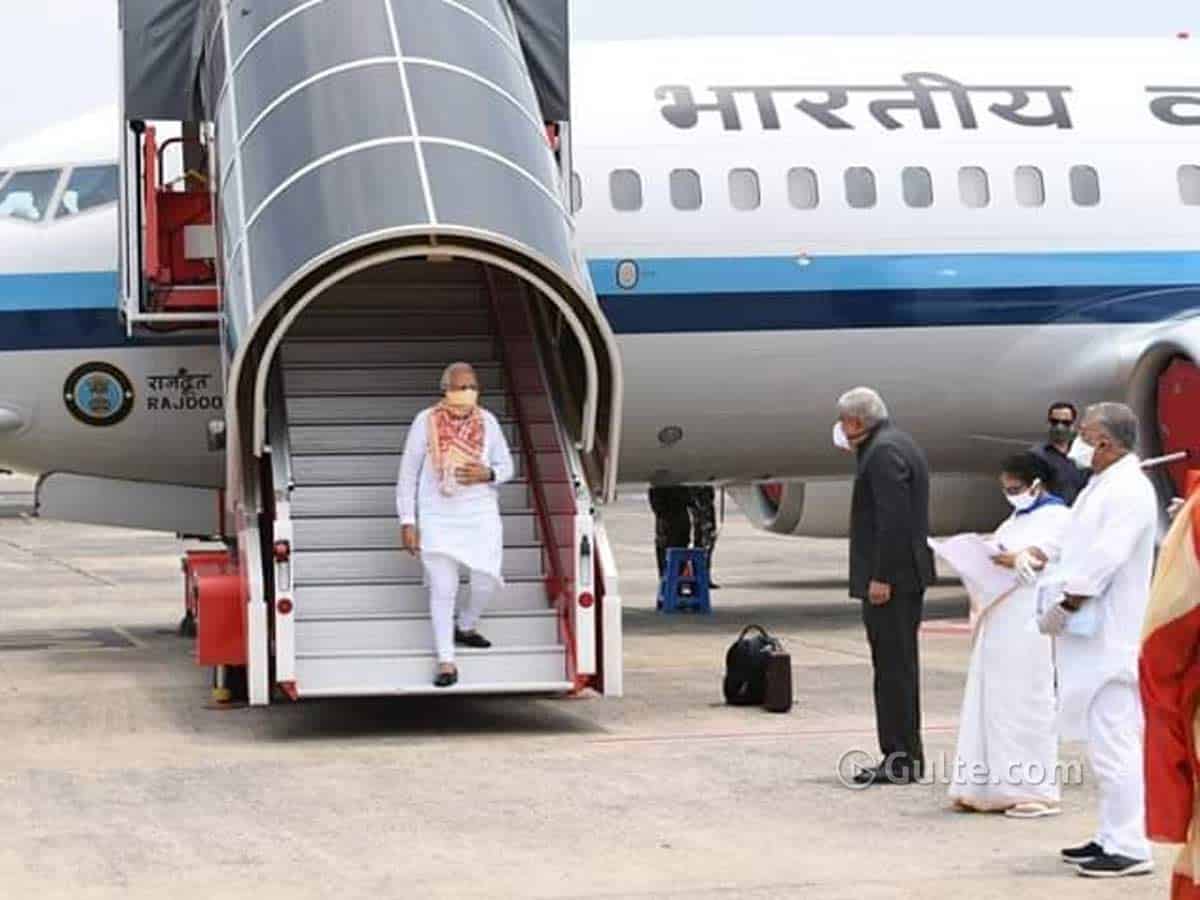 Prime Minister Narendra Modi visited West Bengal on Friday to take a look at the damage incurred to the state because of Amphan cyclone. After reaching Kolkata, PM Modi conducted review meeting in Basirhat with CM Mamata Banerjee, Governor Jagdeep Dhankhar and other state officials.

Before that Modi took a special flight from New Delhi and landed in Kolkata airport. West Bengal Governor and CM Mamata Banerjee were standing in line to welcome PM Modi. In the picture, we can see as PM Modi was getting down, Bengal CM Mamata was busy reading some paper. This is a kind of ignorance and she is not all interesting in seeing Modi.

The political rivalry of BJP and Mamata’s Trinamool Congress is known to everyone. Mamata criticized PM Modi’s lockdown and special package of Rs 20 Lakh crore. At the same time BJP is counting Mamata’s claims that she is creating hurdles for central schemes in the state.

Irrespective of political rivalry, PM Modi has announced Rs 1000 crore as immediate assistance for West Bengal to deal with the damages done by Amphan cyclone.