It’s Tough But Its Inevitable: Jagan on Class 10 exams 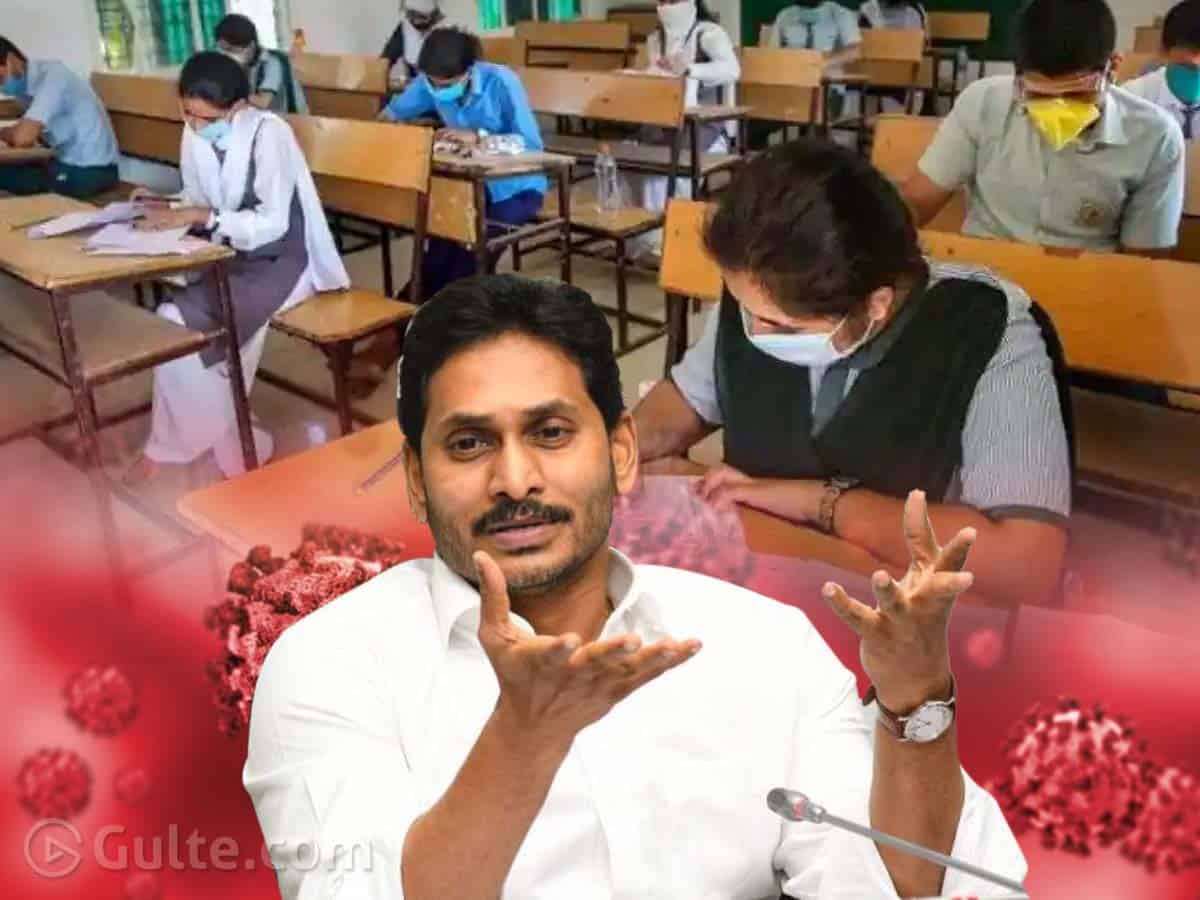 Perhaps AP is the only state in the whole country which is holding Class 10 exams and despite the severe criticism, AP government is adamant on going ahead with conducting the exams. Until the other day ministers issued a clarification why they are holding the exams yet the criticism is pouring down.

In order suppress all the dissent, AP CM YS Jagan has stepped into the scene and defended his stand on holding the exams. “I completely understand the situation and yes it’s tough but it’s inevitable to conduct the class 10 exams. Our intentions are very clear and it is for the future of students. The certificate with ‘PASS’ is of no value and on a long run, the students’ future would be affected,” said Jagan.

Adding “Encouraging students to write exams will bring out the competitive spirit in them and this is our government’s motto and there is no one else better than me who thinks about the bright future of AP students. We have brought many schemes for students and their parents should think why the government is so firm on holding the exams. Political parties are making unnecessary noise in this whole issue,” said Jagan.

Jagan made these comments at ‘Jaganna Vasathi Deevana’ program under which Rs 1048.94 crore was transferred into the accounts of 10,89,902 mothers. CM Jagan estimates that with this scheme, dropouts in school would come down over a period of time. “From next year we will be introducing CBSE syllabus in all the schools and we are planning to convert Anganvadi schools into YSR Primary Schools.

During the program, Jagan interacted with a couple of students and their mothers through a video conference. Jagan clarified why his government is holding exams. “The Centre has left the decision to the states on exams and every state is taking its own approach. To be honest, holding exams is a daunting task for the government and also needs financial resources. Yet we are not bothered about this and keeping the students future in thought process, we are doing this.

Announcing that Jaganna Vidya Deevana will be implemented twice a year, Jagan has also offered that students can pick laptops in place of getting the money credited. If the money is credited, mothers will be able to pay the fee and colleges can be held accountable. So the entire system goes for a change and it will ultimately benefit students.

Concluding Jagan state his government will be assisting students of Polytechnic, ITI and Degree courses.