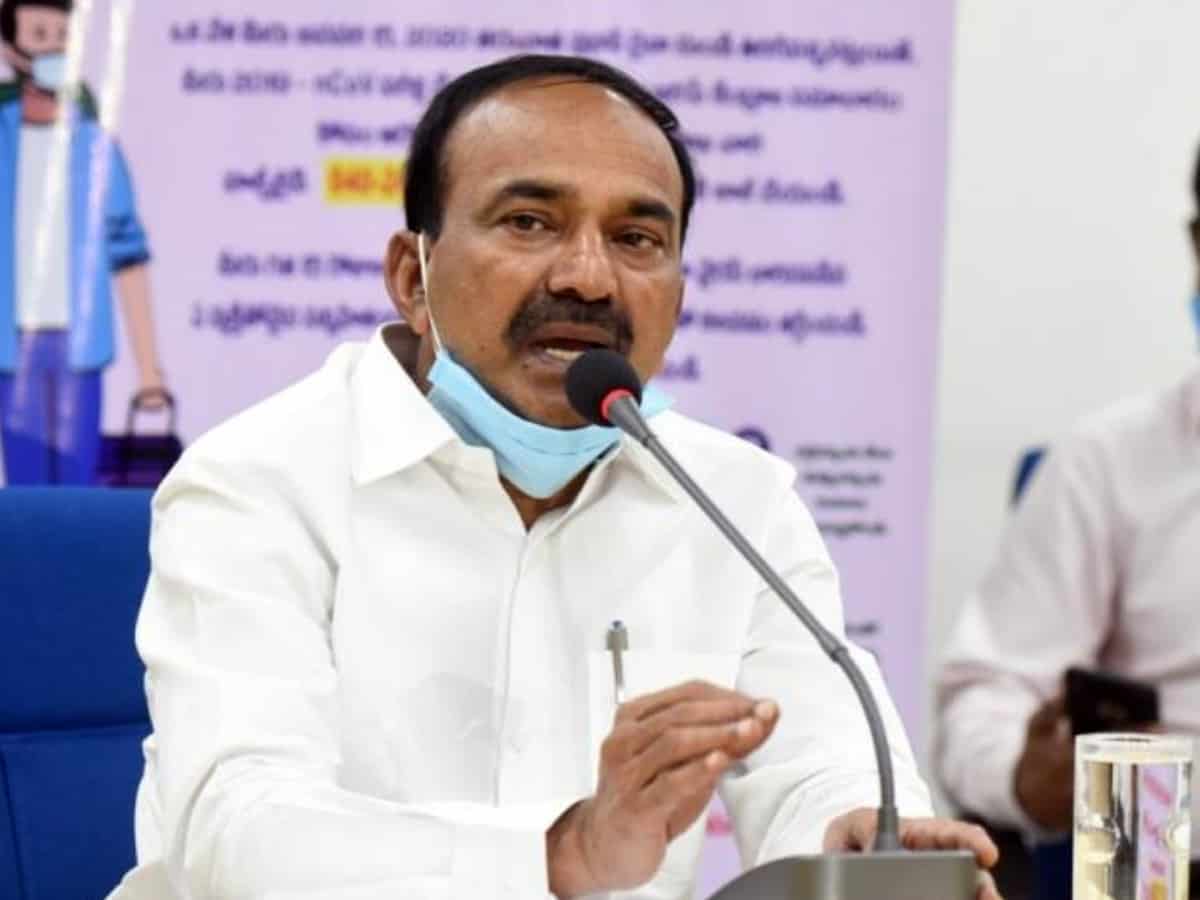 In the wake of allegations of land grabbing against Telangana Health Minister Etela Rajender, CM KCR is said to be quite serious. According to media reports, Etela would be coming in front of the media and announce his resignation. CM KCR has directed Chief Secretary Somesh Kumar to look into the issue of allegations of land grabbing in Medak district and asked to constitute a committee to do an inquiry into it. CM also directed ACB Director-General J Purnachander Rao to further investigate the case.

It is alleged that minister Etela Rajender tried to grab the assigned lands in Medak district’s Achampet and Haikmpet. According to media reports, land in survey numbers 130/5, 130/9, 130/10 were grabbed by the Health Minister. The grabbed land was allegedly used for the establishment of poultry business. It is alleged that some construction works took place in the grabbed lands under the name of Jamuna Hatcheries which belongs to the minister’s family. Some sheds for the poultries were built in the allegedly grabbed land. The poultry business is said to be in the name of minister’s wife Jamuna and son Nithin Reddy.

With the allegations of land grabbing against the Health Minister are wide open and came out in the media, CM KCR is said to have asked Etela to put in his papers with immediate effect. More details are awaited. Minister Etela is expected to convene a press conference and tender his resignation.