When Rulers Fail To Understand The Poor 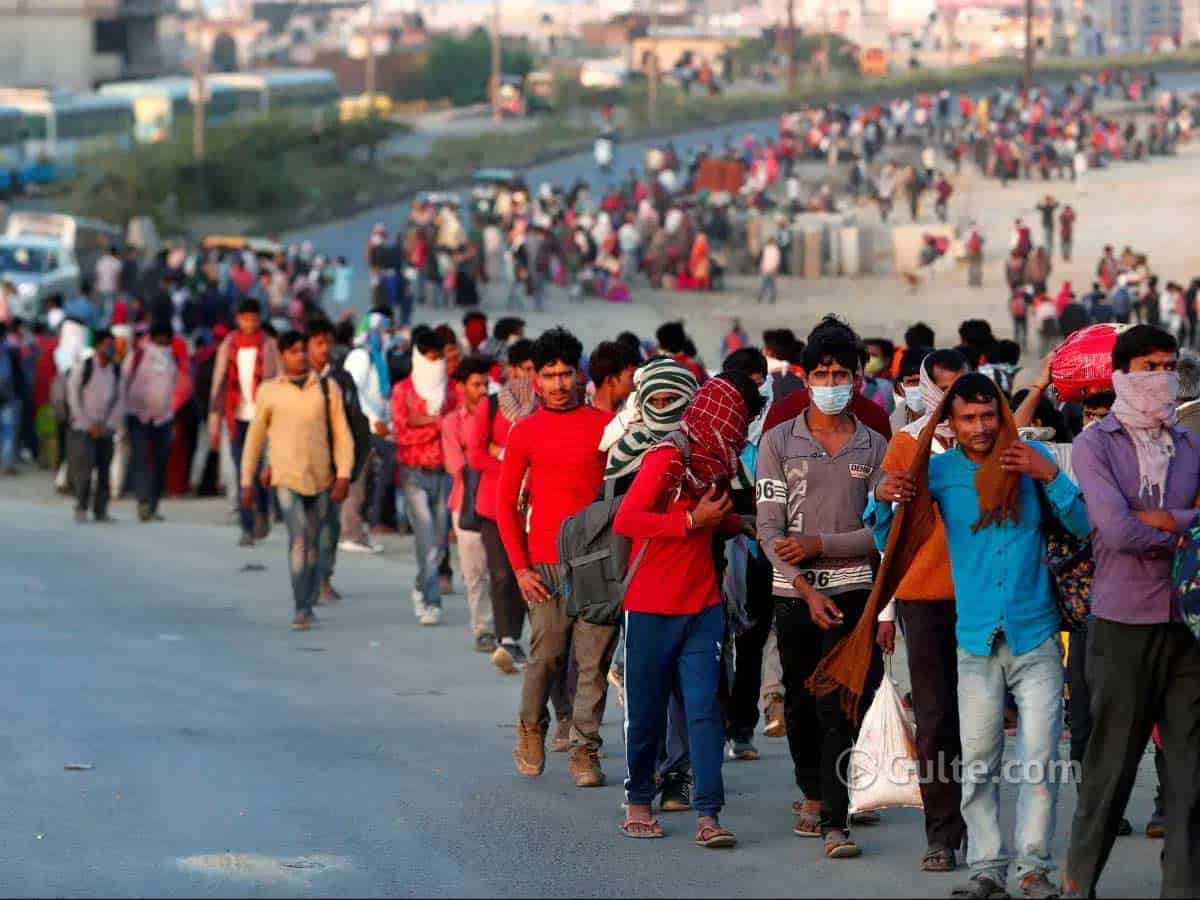 The Covid-induced lockdown has brought the entire world to a grinding halt. With all business and services being shut, except the essential and emergency, it was a total freeze of the economy.

Fearing the worst in case of the spread of coronavirus, Prime Minister Narendra Modi declared lockdown on March 25, by gearing them up for the situation giving a call for ‘Janata Curfew’ on March 24.

Modi won accolades for taking the brave step at the right time, to check the spread of coronavirus, from leaders across the world even as developed countries like the US, UK, Italy and Spain registered record number of deaths due to Covid-19, despite declaring lockdown.

Being a densely populated country, even the World Health Organisation (WHO), feared that the pandemic would spell disaster in India. Though cases got registered and deaths were reported, the situation remained under control as lockdown kept the public indoors. Else, the authorities warned that there would be billions of people falling sick and lakhs dying of it.

While Modi was basking in the appreciation for the timely move of lockdown, millions of poor, including daily wage labourers and migrant workers, were caught unawares as the 21-day nationwide lockdown meant no income and staying in a city in cramped spaces posed the threat of contracting the coronavirus, the root cause of all the trouble. Moreover, they could not pay the rents or buy the essentials which were sold above the MRP during the lockdown period.

In such a situation, inter-state migrants, working in different places like eateries, food joints, construction sites, domestic helps, were rendered jobless as the owners asked them to come back to work only after things become normal. Moreover, with all the modes of public transport shut, the migrants decided walk to their native places which were hundreds of kilometres away from their workplaces. In packs of tens and hundreds, they began their journey not giving a thought to how they would survive on the roads without food, water and above all, the scorching sun. Further, they did not also follow the main rule of maintaining physical distance. Their only aim was to reach home at any cost as life in the city devoid of a job was something they could not apprehend.

Knowing about the long journeys of the migrants, the local officials tried to instil confidence among them by saying that action would be taken against employers who would not pay their employees during the lockdown but this warning did not prevent the workers from taking up the walkathons. Driven by determination and a hope to see their near and dear, they continued walking and reached home sustaining life by eating whatever was available to them beside the roads and that offered by the charities. However, there were reports of a few dying within a couple of days after reaching home due to dehydration and exhaustion.

With news of migrants taking up long journeys by foot, the authorities arranged buses exclusively for them from Anand Vihar bus station in New Delhi to facilitate those in the national capital reach their native places. Knowing about it, the migrants thronged the bus station and tried to get into the vehicles, throwing the lockdown norms to wind.

On March 30, a week after the lockdown was imposed, around 5,000 migrants reaching their natives in Uttar Pradesh amid the lockdown, were asked to sit in a group at Bareilly, and doused in bleach disinfectant used to sanitise buses and this exercise was condemned by one and all. There was criticism that the government could do so because they were down-trodden and could not have done the same with people returning from foreign countries in planes. The officials at the place said it was done as a disinfection drive as they could be carriers of the virus.

At this time, Prime Minister Narendra Modi was castigated for not drawing any action plan for the safety of the migrant workers who constitute 37 per cent of the country’s population. As per the Census 2011, there is 45.36 crore population in thr country who move to other places in search of livelihood, including inter-state migrants as well as migrants within each state.

The lockdown led to focus on exodus of mainly the inter-state migrants. After the Bareilly incident, the state governments sealed the borders to prevent the virus from being imported into other areas and said whoever wanted to enter their respective states should undergo 15-day quarantine compulsorily. For the essential services, the government issued e-passes which involved some procedure.

These orders made their life more miserable as the migrants began trying to sneak the borders by crouching in vehicles carrying essentials and other tankers. Some even got into concrete mixers only to be caught by the police at the border check posts.

Meanwhile, some migrant workers started off on their cycles for their natives but people continued to walk as they found it more convenient to go together in large numbers. After more than a month of beginning their attempt to go walking to their natives, the Indian Railways ran the first Shramik Special on May 1 from Lingampalli in Telangana to Hatia near Ranchi. In fact, this was the first train to be run in the country after the enforcement of lockdown. It carried 1,225 workers non-stop from Telangana to Hatia in Jharkhand.

The passengers were allowed to board the train only after proper screening and they were also given free meals and water for the journey.

For some time, there was even a fight for one-upmanship among political parties, specially the Congress, which announced that they would bear the cost of the train tickets of migrants. Finally, no political party bore the train fare of the migrants. TS CM K. ChandrasheKar Rao even suggested that the Centre should run the trains free of cost.

After a week of beginning the special trains for migrants, on May 8, around 16 migrant workers, in a group of 20, were killed after a cargo train ran over them while they were sleeping on the tracks in Aurangabad, Maharashtra. The migrants were walking from Jalna to Bhusaval, 157 km apart. The migrants chose to walk on the tracks to avoid the highway where they feared they would be stopped. Having walked for a long distance, they fell asleep on the tracks and were run over by the train in the early hours. Seeing people on the tracks, the loco pilot reportedly tried to apply brake but eventually hit them.

By May 14, the Indian Railways has crossed the milestone of ferrying more than 1 million passengers to their native places through 800 Shramik Special trains.

After implementing lockdown for nearly two months, now, the leaders are iterating that people should learn to live with the virus as there appears to be no relief from it at least for the next 8-12 months. People too are becoming restive having been locked inside houses for a long time and more than 50 per cent of the usual activity has begun. Officials are working out modalities and guidelines to keep things on the track.

Now, with many of the migrants having reached their homes taking all the pains and suffering a lot of misery, it is to be seen if they would return to their workplaces in the next few days, as lockdown is being lifted in phases and businesses are resuming. At the same time, it should also be remembered that these migrants would not be able to sustain for a long time even in the villages as they are usually assumed that they cannot do farm works as energetically as their counterparts living in villages.

The dilemma over returning to workplace or staying back at home in the village can get resolved only as time passes by.