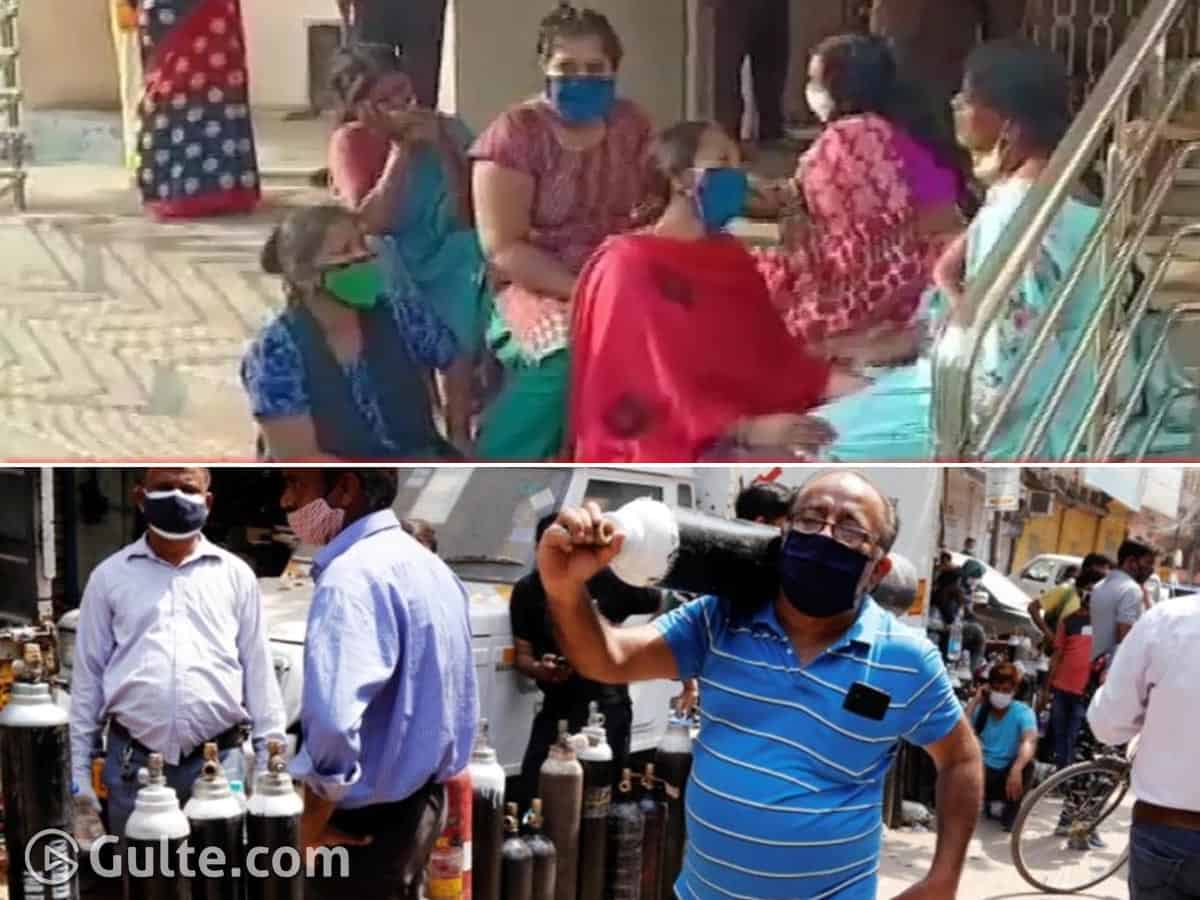 The Deputy Commissioner of Chamrajnar, Dr MR Ravi said that all the 24 deaths did not happen at the same time. He stated that 14 people died between Sunday morning to midnight while three other patients died between 12 and 3 am. Seven more patients died between 3 am and Monday morning. He tried to clarify that the oxygen shortage was recovered at 10.30 pm by sorting out 60 extra oxygen cylinders from Mysore.

“60 more cylinders arrived on Monday morning. The district has a requirement of 300-350 cylinders which is not being fulfilled,” said Deputy Commissioner. Later, Chief Minister BS Yediyurappa also discussed the issue with the deputy commissioner and Health Minister K Sudhakar left for Chamrajnagar on Monday to review the tense situation.

The education Minister Suresh Kumar, who also went along to stock up the situation, said that the deputy commissioner states that the deaths were due to other comorbidities and not due to lack of oxygen supply. Meanwhile, the opposition were quick to call the whole incident a criminal negligence. “Criminal negligence has led to these 24 deaths in Karnataka. Why do CM @BSYBJP & Minister @mla_sudhakar keep lying every day saying there is enough oxygen? Is there no accountability? How many more will be ‘killed’ because Govt can’t supply Oxygen?,” tweeted DK Shivakumar, KPCC president.

Also, Rahul Gandhi tweeted Died or Killed? My heartfelt condolences to their families. How much more suffering before the ‘system’ wakes up?” With the whole issue turning ugly, Yediyurappa has called an emergency cabinet meeting on Tuesday at 4 pm. Currently, Karnataka crossed the 16 lakh mark on Sunday with 37,733 fresh infections in the last 24 hours.