Viral Pic: Vijayan and Stalin As Deva And Surya 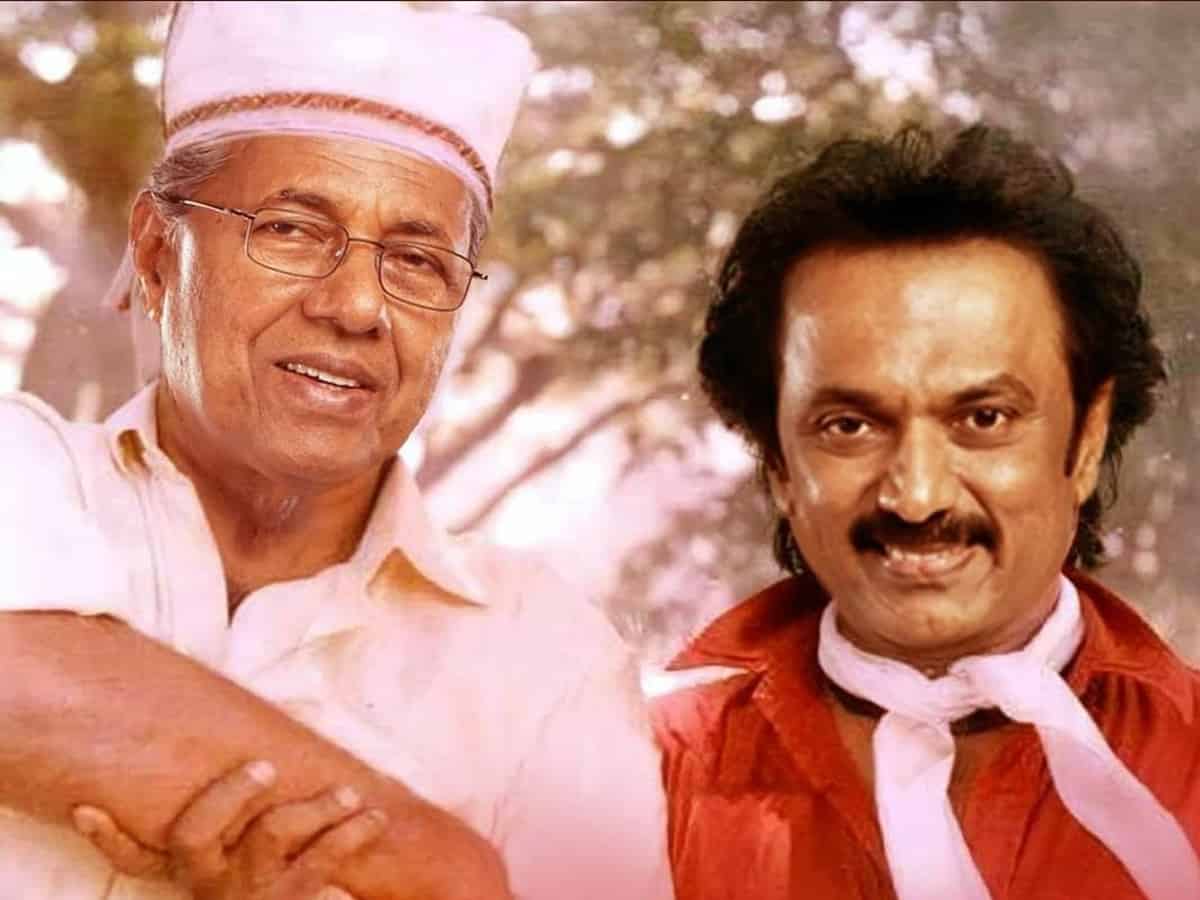 The Assembly election results of Kerala and Tamil Nadu have gone in the favour of Pinarayi Vijayan and MK Stalin respectively. While Vijayan will retain his CM chair, Stalin will become the CM of Tamil Nadu for the first time.

The victory of these two politicians is being hailed highly for fighting against extreme forces in the form of BJP. So the internet is flooded with congratulatory messages to these two leaders. But a picture of Vijayan and Stalin has caught everyone’s attention and it is going viral.

Well it is a picture of Superstar Rajinikanth and Malayalam star hero Mammooty from director Mani Ratnam’s iconic film ‘Dalapathy’ (Thalapathy in Tamil). Rajini played the role of Surya while Mammooty was seen as Deva in the movie. In place of Rajini and Mamukka’s faces Vijayan and Stalin’s were morphed and is being circulated on social media.

Whoever has morphed this picture has done it near to perfection and netizens can’t keep sharing this picture to their friends and followers.

Meanwhile we hear that Stalin is set to take oath as CM of Tamil Nadu state on May 7th.