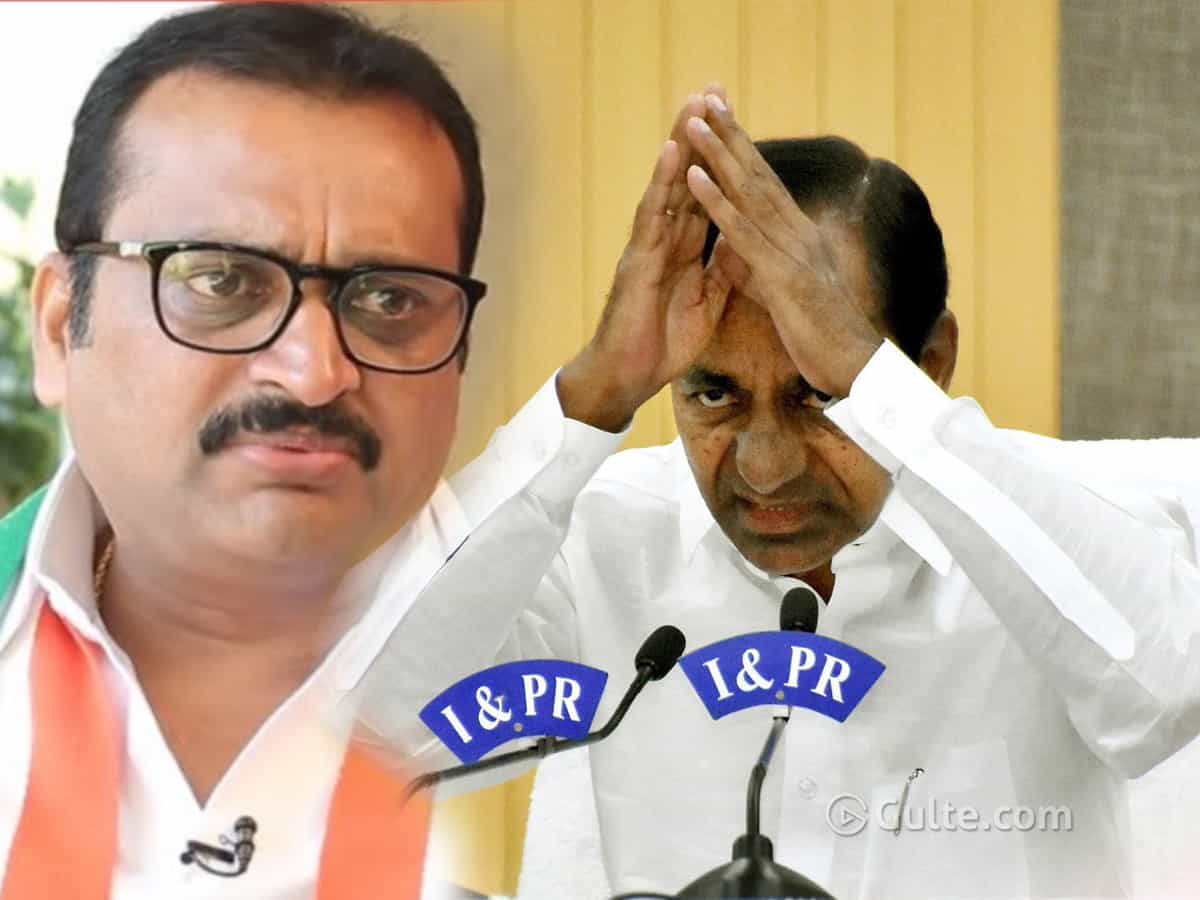 Bandla Ganesh is known for his heaping praises – be it on Chiranjeevi or Pawan Kalyan or on mega family. He also did same for Gandhi family during 2019 polls as he was with Congress. He had severely criticized KCR then stating that his party would lose.

But Congress was drubbed in the polls both at the state-level and the centre-level. Bandla has been silenced due to this defeat. At one point, he said he would regret his comments made during 2019 polls and said politics isn’t his cup of tea.

In a major U-turn, Ganesh has been praising KCR and his works as Telangana CM. On his social media platforms, Ganesh is complimenting every act of KCR and his administration. Now, these have triggered the speculations that Bandla could be wooing KCR and his party leaders.

Ganesh always has political aspirations besides his movie and poultry business. Now that he is back in news for praising KCR, one has to wait and watch whether he would get entry into TRS.

Also, whether KCR embraces Bandla Ganesh who had once criticized him. This is doubtful. In the present scenario, TRS is strong in Telangana and may not need glamour like Ganesh. So, let’s wait and see.