Etala Out Of TRS Because Of KCR, Not Me: Konda Vishweswar Reddy 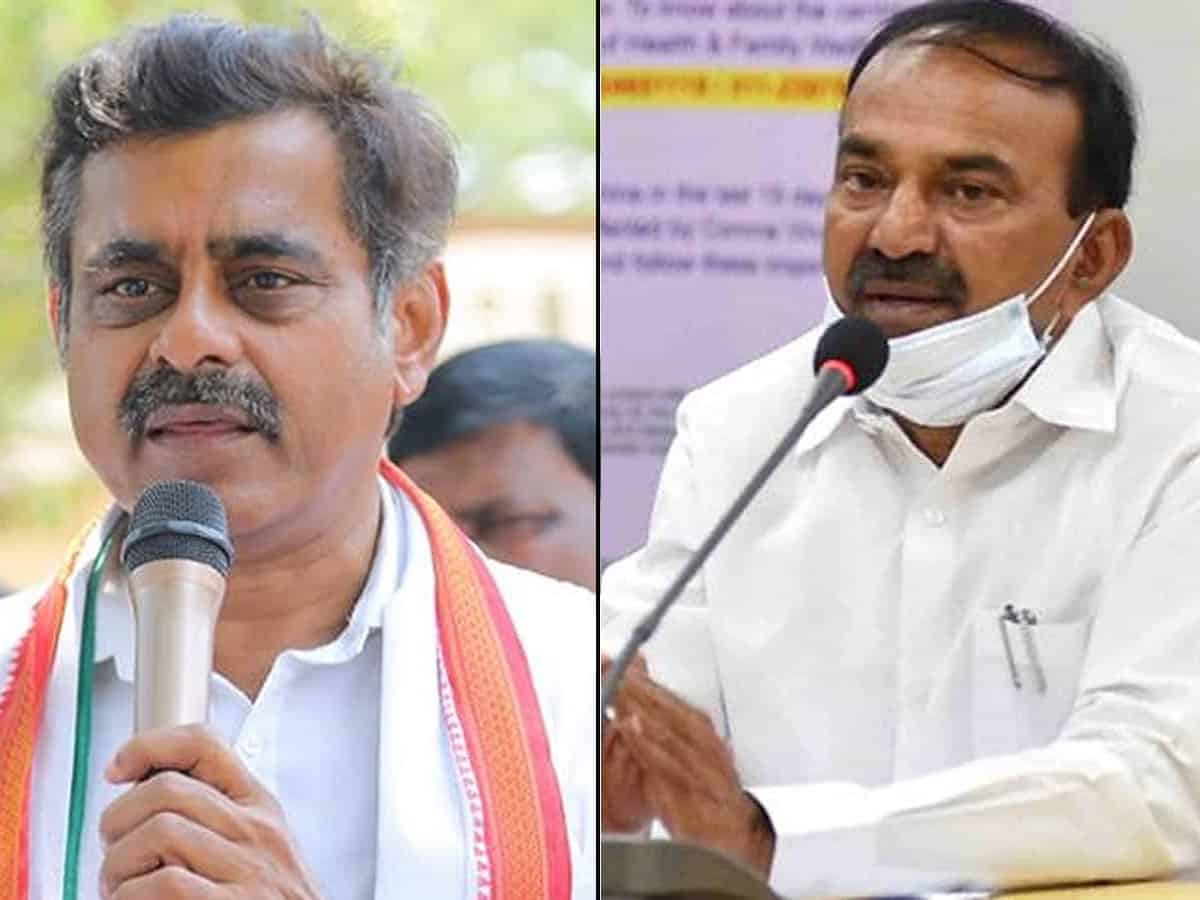 He said that he had met Etala a year ago to speak about Corona crisis and just a couple of days ago. He agreed that Etala’s wife Jamuna was their close relative. The ex-MP said that Etala was out of the TRS because KCR pushed him out but not because he had met him.

He said that he was in touch with the relatives of two more ministers too, apart from Etala. However, he did not agree that he was trying to pull them out of the TRS but that they themselves were dissatisfied with KCR as they were not able to prostrate before him and his son KTR.

In the same breath, he said that KTR was not suitable to become the next CM for Telangana. He is more interested to wield power and fulfil his other passions but he has no love towards developing Telangana, Reddy said.

In fact, Etala, Harish Rao, Pocharam Srinivas Reddy are fit to be the CMs than KTR, he said.

The ex-MP said he was contemplating to float a political party which would be an alternative to the TRS that would genuinely try to address the grievances related to “neellu, nidhulu and niyamakalu” based on which the Telangana movement was launched by the Telangana Rashtra Samiti. He said that Etala, he and some others, including Congress MP Revanth Reddy, were trying to float such an alternative.

Reddy said he was holding discussions with Telangana activists and was in touch with political leaders of all parties to understand the ground-level problems. “One thing is clear. There is an anti-KCR wave both in the public and among the TRS MLAs.”

He lamented that now, KCR is not surrounded by those who actually fought for separate Telangana but leaders like Malla Reddy, Danam Nagender, Ajay Puvvada and Sabita Indra Reddy, who got them beaten during the Telangana movement.

“Now, KCR has lost contact with the people because he is not even meeting the MLAs and ministers. KCR is just trying to manage elections being a full-time politician. He is an expert in political management.”

When asked if BJP or Congress cannot be the opposition party in Telangana, Reddy said that Congress was in an abyss and it is almost impossible for the party to regain its past glory. The BJP needs to be more brave in the state, he said.

He said that he was in touch with Congress MP Revanth Reddy too and that all of them were trying to strive to develop Telangana and make it strong.

Telangana not believing in Sharmila

On Y.S. Sharmila’s yet-to-be launched political outfit, he said that people in Telangana would not believe in her because she cannot fight with her brother and AP Chief Minister Y.S. Jagan Mohan Reddy with regard to Pothireddypadu project. She speaks of Rajanna Rajyam but late YSR did good to Andhra and Rayalaseema.

She claims that she is against the YCP but all the Telangana YCP leaders are supporting her here. All the Christians who used to support the Congress earlier are now likely to shift their loyalty to Sharmila’s party and she may also get the support of some Reddys, he said.