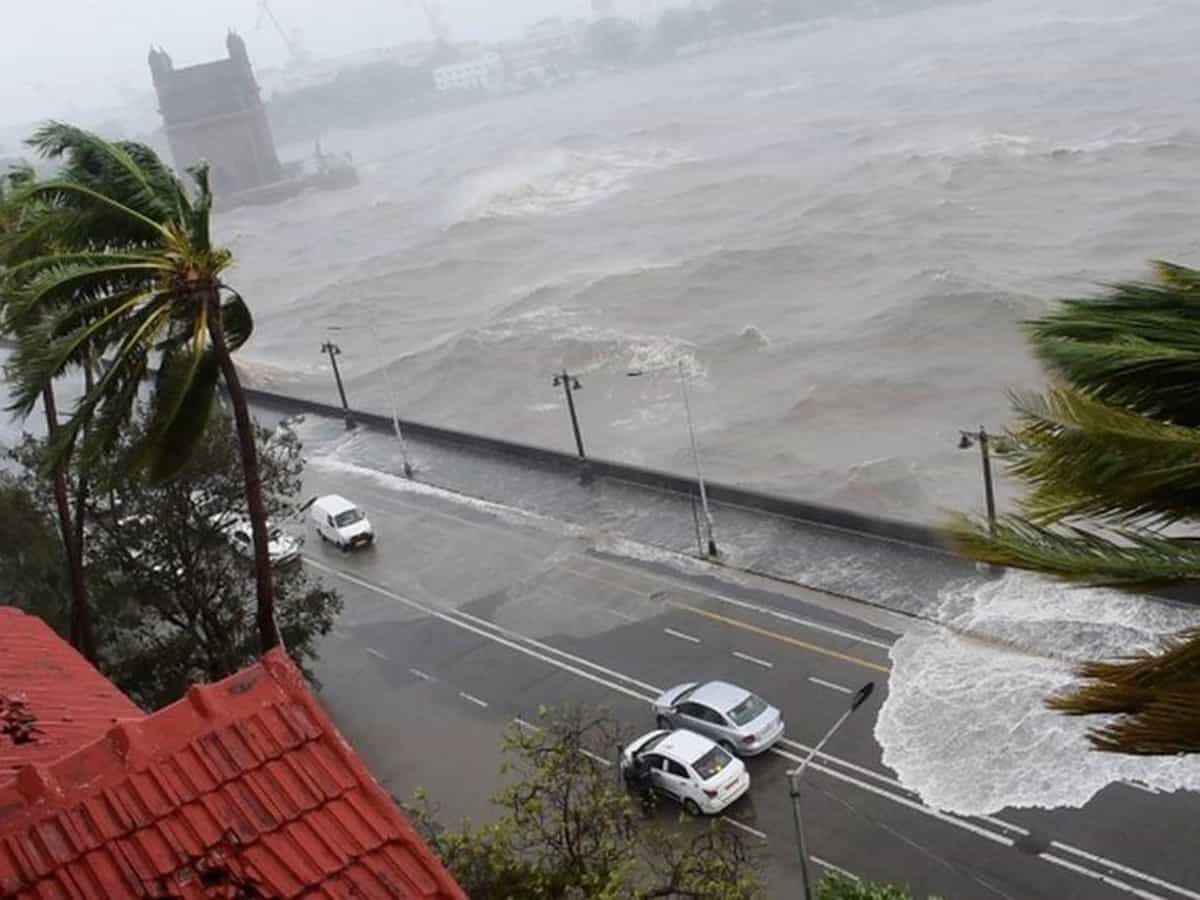 Maharashtra CMO informed that six people died and seventeen injured in the damage due to #CycloneTauktae. Four animals died too. Chief Minister Uddhav Thackeray made an assessment of the damage and instructed that the relief works be quickened, according to the CMO.

The ‘highest ever’ wind speeds are recorded with Cyclone Tauktae. As many as 962 people from Dholera village in Ahmedabad have been evacuated to about 38 shelters that have been set up in the area as the state braces for the impact of the incoming cyclone Tauktae.

The India Meteorological Department (IMD) on Monday said that the extremely severe cyclonic storm Tauktae has begun landfall in Gujarat and the process will continue for two hours. Gujarat government had on Sunday shifted over a lakh people living in coastal areas. CM Vijay Rupani has reached the State Control Room in Gandhinagar to review the situation.

“About 4,000-5,000 food packets will be prepared in collaboration with charitable organizations,” the Sandeep Sagle, Ahmedabad district collector said. Earlier in the day, Cabinet Minister Kunvarjibhai Bavaliya visited Amreli district on Monday to inspect the preparedness for Cyclone Tauktae in the region.

Thousands of people were evacuated from low-lying areas along its western coast as a powerful Cyclone Tauktae is expected to make landfall in the state of Gujarat. IMD DG Mrutyunjay Mohapatra had informed that cyclone Tauktae is very likely to cross the Gujarat coast between Porbandar and Mahuva in Bhavnagar district around the early morning of May 18.

He further said that heavy to very heavy rainfall is expected to occur in coastal areas of Gujarat on May 18. Meanwhile, some places may experience extremely heavy rainfall.