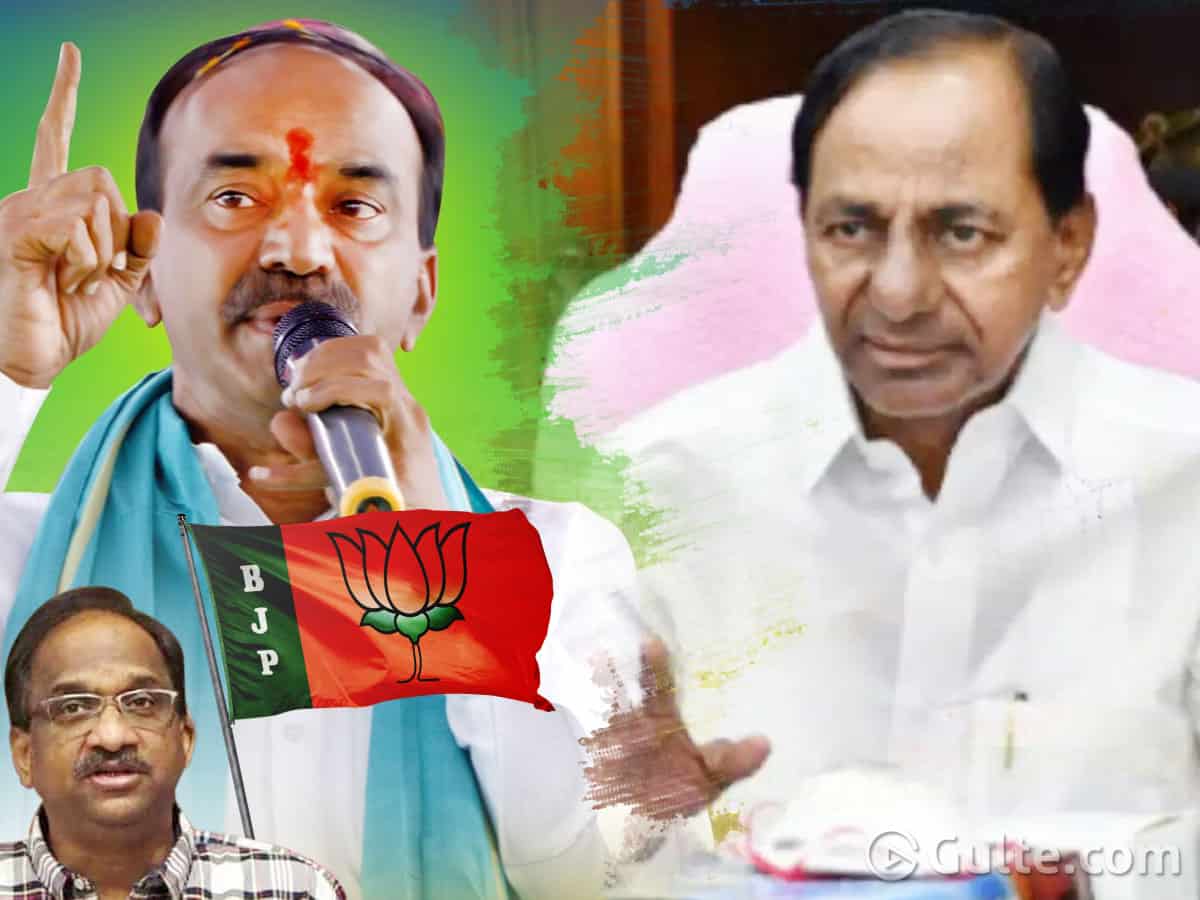 Admirers of Eatala Rajender were expecting the former minister to launch his political outfit to take on chief minister K Chandrasekhar Rao. Speculation was rife over a new regional party led by Eatala hitting the Telangana political horizon. Giving credence to such speculation, Rajender was deliberating with leaders of both Congress and BJP. Leaders like Prof. Kodandaram and Konda Vishweshwar Reddy reportedly impressed upon Rajender to float an Ikya Vedika, a united forum to fight what they call the autocratic regime of KCR. Laying to rest all such speculations, Eatala Rajender despite having a left background before joining TRS is heading towards the saffron party. Such ideological shift is nothing new in Indian politics. However, many questions come to the fore as Eatala begins his saffron journey.

Even as KCR retreated from his averred fight against the Modi regime, especially on-farm laws, Eatala Rajender raised a voice of dissent defending protesting farmers. As health minister, he vociferously questioned Modi government policies of favouring Gujarat, while discriminating against Telangana in the supply of COVID essentials. Yet, Rajender chose to embrace BJP.

Rajender certainly has a right to choose his political destiny. But, he needs to answer these questions.
Rajender perhaps chose not to launch a party of his own realizing his inadequacies in the fight with KCR. Eatala was thus not a victim of narcissism. His supporters may defend him on several counts. Eatala cannot be in political hubris. Several leaders like Devender Goud, Narendra, Nagam Janardhan Reddy, Dr. M. Chenna Reddy, Chiranjeevi, etc., failed to sustain their political party. Rajender might have also thought that the patronage of BJP would help him face the cases filed on him by the KCR regime.

Rajender held parleys with congress leader too. But the grand old party beset with internal rumblings failed to lure him into its fold. Even as Rajender explored his political option, several leaders of Congress started expressing their dissent over the possible entry of the former minister into their party. As Congress’ political fortunes in Telangana continue to slide, Eatala might have dropped the party from his menu.

Any ikya vedika comprising of competing political forces despite common opposition to KCR cannot be a viable alternative. Thus, Eatala might have felt that such an idea will prove to be futile in the electoral landscape.
It is yet not clear how the BJP will accommodate him. Will the saffron party see in him a leader who can change its fortunes in the state? Will he become yet another leader in the party? Future will have to answer these questions.