Why Did Etala Prefer BJP Over Congress? 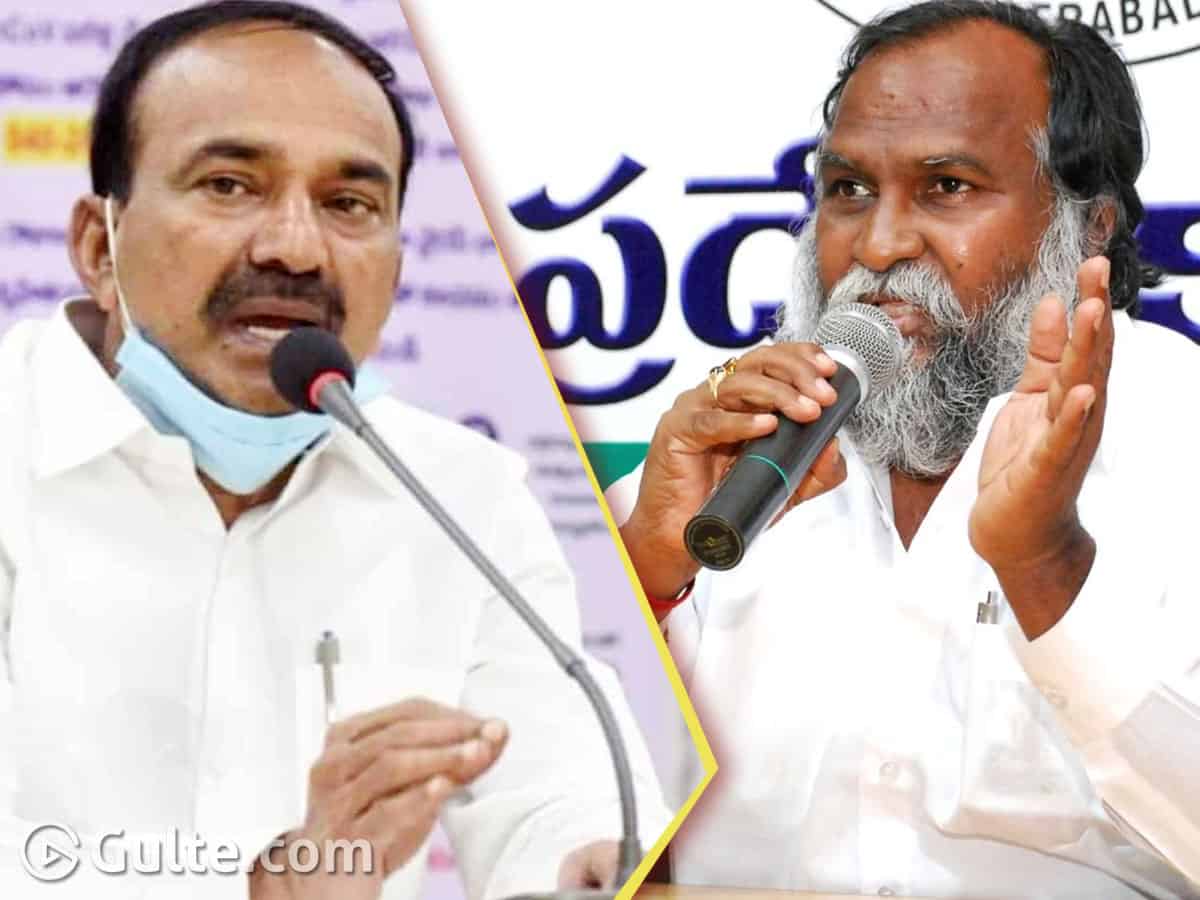 MLA Etala Rajender is currently in New Delhi to meet the BJP national leaders. Reports from the national capital are coming out that Etala is all set to take up the saffron flag and earlier in the day, T-BJP chief Bandi Sanjay confirmed that Etala’s inclusion in the party might happen in a week’s time.

But why did Etala prefer BJP over the Congress party? Firebrand leader Jagga Reddy has a valid explanation for it. The Sangareddy MLA said that currently Congress has no power in the state and Delhi and naturally Etala looked at BJP instead of Congress.

“We are not in power and so we don’t have police and Home department. If we had them, Etala would have joined Congress. KCR’s police are behind Etala and to escape from them, he needs the support of another police which is New Delhi under Home Ministry’s authority which in turn is under the control of Amit Shah and Modi,” said Jagga Reddy.

Adding, “If he (Etala) really wanted to take on a fight with KCR, he would have joined Congress. Etala is weak and Congress is a strong force,” criticised Jagga Reddy.

In a way Jagga Reddy’s arguments are true. Etala is in a spot of bother from the state government and police. He definitely needs a shield and BJP is the only option for him.