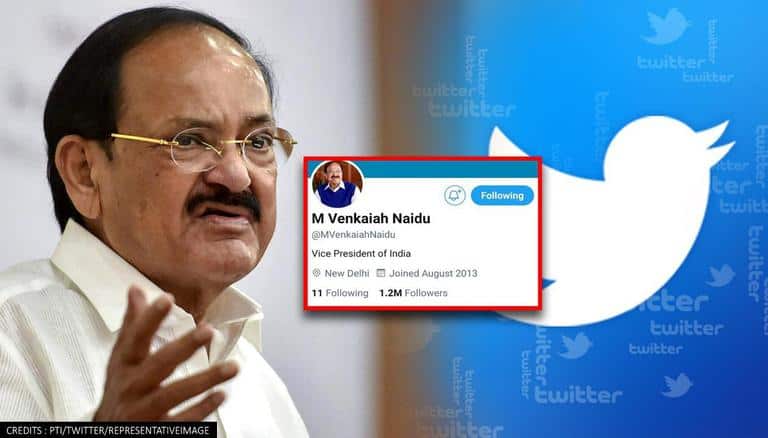 In a bizarre, the popular microblogging site, Twitter has removed the ‘Blue Tick’ to Vice President of India Venkaiah Naidu’s personal handle. ‘Blue Tick’ is a symbol of verified Twitter handle and only politicians, celebs and noted personalities across multiple fields are eligible to get a verified tick.

As per the latest reports, Twitter has withdrawn the ‘Bluie Tick’ and the reason cited is ‘INACTIVITY.’ The office of the Vice President has confirmed this news and they haven’t informed whether they are trying to retrieve the ‘Blue Tick.’

As soon as the news broke out, netizens have openly lashing out at Twitter for its unilateral policies and demanded to restore the ‘Blue Tick’ of the Vice President.

Having sparked outrage, Twitter swung into action and restored the ‘Blue Tick’ within hours.

Venkaiah Naidu joined Twitter in 2013 and has over 1.2 million followers. He is known to maintain the highest dignity and never made foul comments on Twitter.