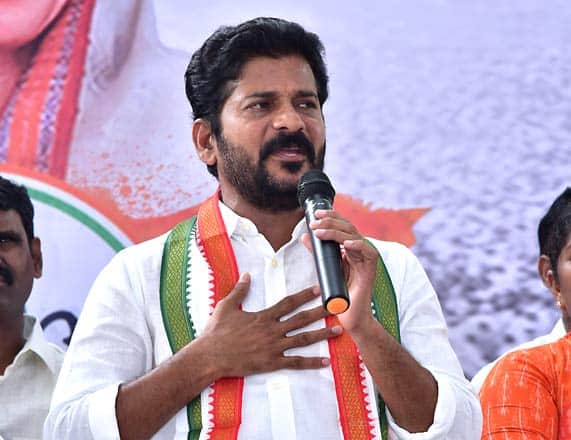 Congress firebrand leader Revanth Reddy’s tweet with clippings of newspaper articles have raked up a big debate in the Telangana political circles. Also this tweet is bothering a TRS minister and MLAs.

Going into details, Revanth shared clippings of a newspaper article that reported that minister Jagadish Reddy is on the radar of Telangana CM KCR. The reason being, in January, Jagadish hosted his son’s birthday celebrations in Hampi and a couple of TRS MLAs graced the event.

In this very event, a TRS MLA rendered a song on the present situation in Telangana and governance of CM KCR. It was a satire kind off and this video has reached Pragathi Bhavan. But what KCR noticed in the video is, minister Jagadish being a mute spectator of TRS MLA’s critic. KCR did not take any action against Jagadish in view of the Nagarjunasagar by-election and now the gap between KCR and Jagadish is getting wider.

Tweeting this, Revanth made satirical comments on minister Jagadish and MLAs Rasamai Balkishan and Kranthi Kiran that they are the next to be out from TRS party.

The newspaper report claimed that KCR gets intelligence reports on every TRS leader and even the oppositions. He is also upset with Jagadish and the minister might face the same fate of Etala Rajender who was perfectly planned and forced to exit the party by KCR.