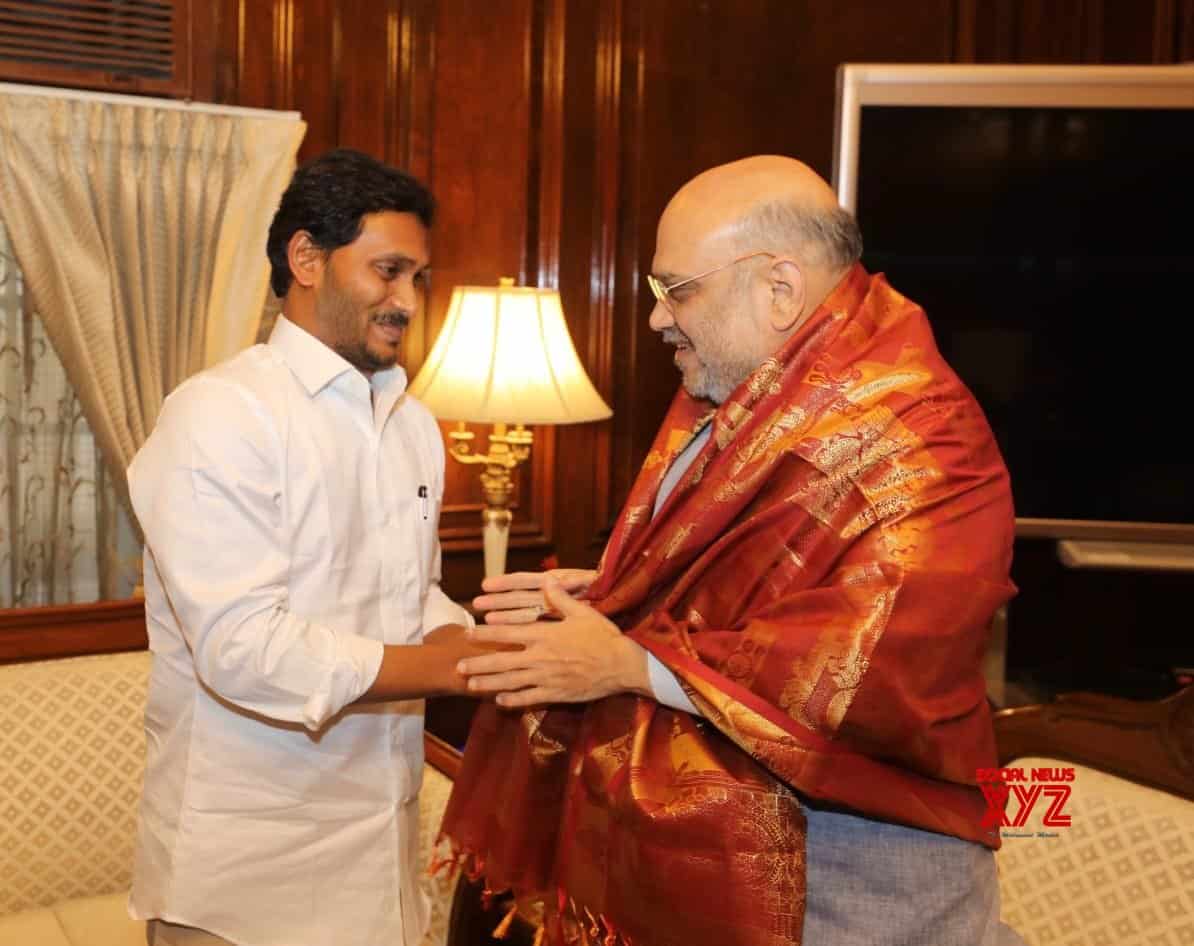 Chief Minister Y.S. Jagan Mohan Reddy met Union Home Minister Amit Shah late in the night yesterday and discussed several issues relating to the state. Jagan appealed Shah to issue renotification for shifting the High Court to Kurnool from Amaravati. He reminded Shah that even the BJP included establishing the High Court in Kurnool in its manifesto during 2019 elections.

According to the information provided by state government officials, Jagan told Shah that an action plan was readied for decentralisation of the state administration.

He reportedly told Shah that the YCP government was committed to decentralisation and that it was aimed at achieving uniform progress in all regions across the state. He made it clear to the Union Home minister that the YCP government would have Vizag as the executive capital, Amaravati as the legislative capital and Kurnool as the judicial capital.

He also appealed to Shah to accord special category status (SCS) to the state. He explained Shah that the state was facing a huge financial crisis post bifurcation and that granting the special status would allow the state get more funds which can help ease the trouble.

He also sought granting permission for setting up nursing colleges and required financial aid for them.

Jagan also appealed Shah to immediately release Rs 3,229 crore dues to the Civil Supplies Corporation towards subsidy for rice distributed through public distribution system (PDS), Rs 4,652 crore dues of the NREGS and also increase the working days to 150 from 100. He told Shah that AP government has some more dues pending to be paid by the Centre like Rs 529.95 crore under the 14th Finance Commission and Rs 497 crore under the 15th Finance Commssion and sought immediate release of the amount.

Jagan also sought Shah to take necessary steps for surrendering the agreements done by the state government with the Kudigi and Vallur thermal power plants as buying power from them was proving to be costly. The pact undergone by state government with both plants is valid for the next 40 years.

The power sector in AP is mired in debts worth Rs 50,000 crore, he informed Shah and asked for restructuring the loan.

These apart, Jagan also sought approval for Disha Bill, AP Land Titling Bill-2020 and for establishing a tribal university in 250 acres near Saluru in Vizianagaram district.

Jagan explained about Pedalandariki Illu scheme to Dr Rajeev Kumar. He informed him that a joint collector was appointed for each district for constructing the houses. The CM urged him to include the expenditure for providing basic infrastructure in these colonies in PMAY by speaking to the concerned ministries.

Jagan also spoke about Polavaram project. He urged Dr Rajeev to approve an estimated expenditure of Rs 55,656.87 lakh crores for the multi-purpose project.