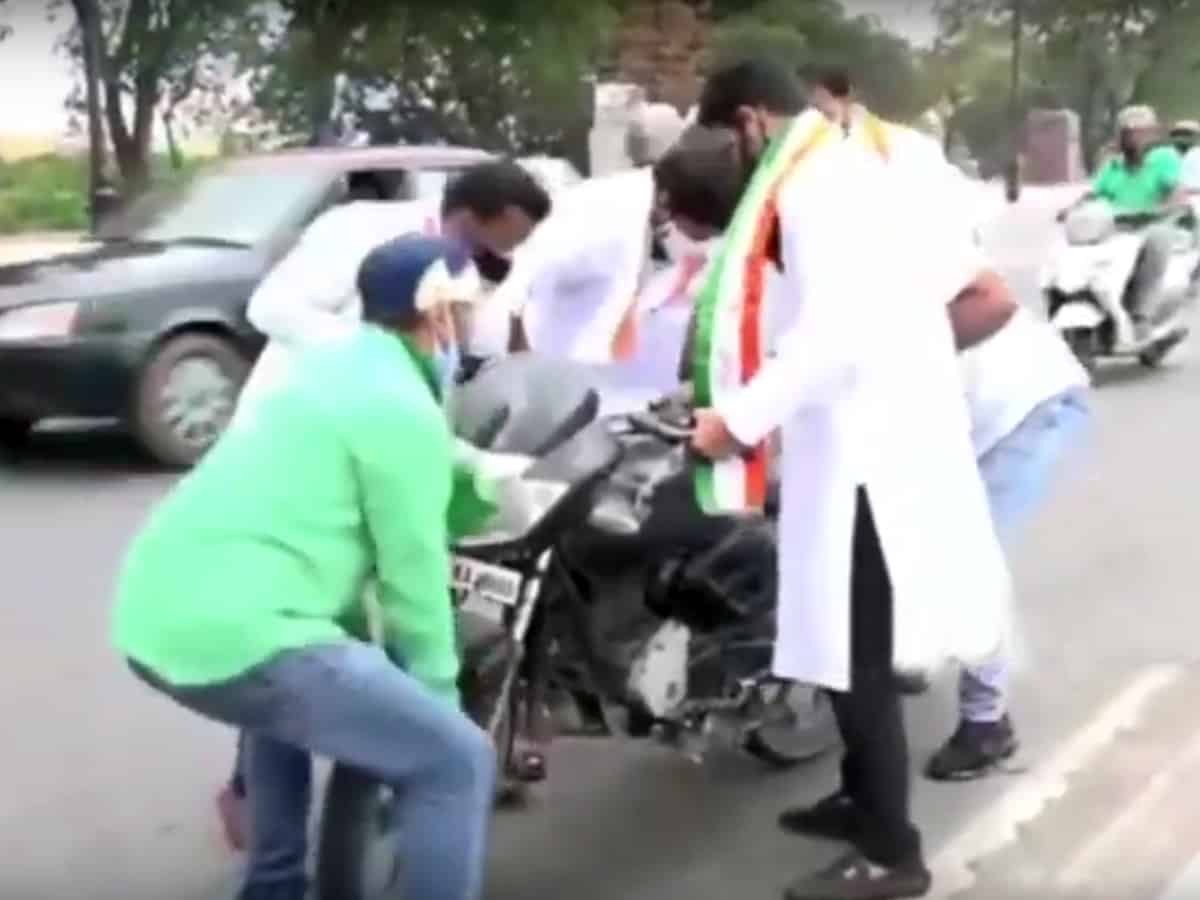 There is no respite for the common man from the fuel prices. From July 2020, the prices of petrol and diesel have gone up by Rs 25 and Rs 24 respectively. In many states across the country, the petrol has hit Rs 100 while in Hyderabad, it is at Rs 99.62 and it might touch the three figure mark on Saturday.

Several Congress leaders took part in the protest against fuel prices and demanded the Centre to bring down the prices immediately.

However, a few days back, union petroleum minister Dharmendra Pradhan made it clear that the government of India will not reduce the prices because it is a major source of revenue.

So these protests by the oppositions are a waste of time. But the fact is, be it any party in government in New Delhi, never they would reduce the fuel prices and ultimately it’s the common man who will be at the loss.