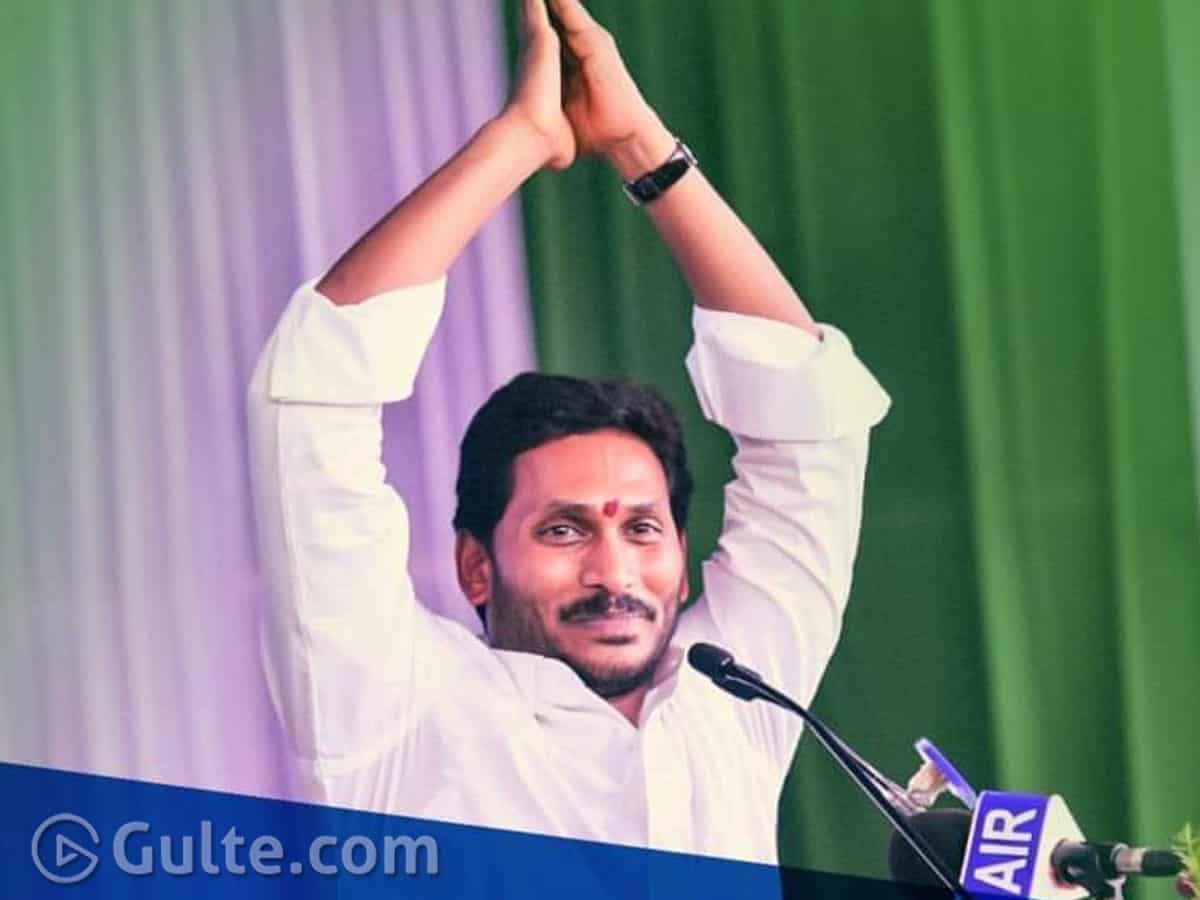 After sweeping general election 2019 with a record majority of 151 MLAs out of the total 175 seats and winning 22 parliament seats of the total 25 seats, YS Jagan has taken oath as Andhra Pradesh CM on May 30, 2019.

This is a rare instance where YS Jagan joined this rare club in the country where father-son duos have both held the office of the Chief Minister. Deve Gowda, Kumaraswamy in Karnataka, Mulayam Singh and Akhilesh Yadav in Uttar Pradesh, Biju Patnaik and his son Naveen Patnaik in Odisha, Farooq Abdullah and his son Omar Abdullah in Jammu and Kashmir are the part of this club where a Chief Minister’s son has gone onto become a Chief Minister himself.

And YS Jagan is the first Chief Minister of Andhra Pradesh who created this history by occupying the throne as CM after his father served as the CM, albeit with a gap. Jagan didn’t become CM immediately after his father late Rajasekhar Reddy died in 2009 in a helicopter crash. Jagan has worked so hard, withstood many hardships, faced political allegations, trails, been to jail for 16 months, and eventually took over 10 years to become the Chief Minister after his party recorded a landslide victory in May 2019. The gap between his father’s death and he becoming CM has really transformed Jagan and his perspective. Jagan learnt how things work in politics. He floated his own political party after he quit Congress and emerged victorious second-time while the first-time he lost narrowly to TDP by difference of 2 percent votes.

No doubt, his father’s rich legacy, mass following, YSR’s schemes, indelible mark YSR had made on poor, needy and the caste vote bank did help Jagan in a big way. In fact, Jagan took to Padayatra (Praja Sankalpa Yatra) like his father and came to power. But Jagan walked a record long of 3648 kms setting a new record. Jagan had traversed through 13 districts, 135 assembly constituencies, 2516 villages for a period of 341 days. This hard work did pay off.

Although Jagan inherited traits from his father, he made his own mark in his way. He had promised populist schemes to woo all and inclusion of Nava Ratnalu in YSRCP’s manifesto in 2019 helped Jagan in a big way to become CM. Jagan’s populist schemes popularly called as Nava Ratnalu has played a significant role in his victory. The Nava Ratnalu promised in the party’s manifesto are being implemented on war-footing measure. The nine welfare schemes that offer benefits worth upto Rs 5 lakh per year to a family have become instant hit. YSR Rythu Bharosa, Fee Reimbursement, Aarogyasri, Jalayagnam, Liquor Ban in phased manner, Amma Vodi, YSR Cheyutha, Pedalandariki Illu, Pension La Pempu were the nine large-scale welfare schemes promised under Navaratnalu.

CM Jagan’s first official signature was on the file of YSR Pension Scheme approving to increase pension for old and elders. Chief Minister Jagan has signed the first GO on the hike of old age pension to Rs 2250 and had promised to increase it further to Rs 3000 in the coming days.

Most Popular CM : Jagan in Top 3

In a national survey of Most Popular Chief Ministers conducted across the country in the name of ‘Desh Ka Mood’ (The Moot of Nation) in Aug 2019, AP CM YS Jagan stood at third rank. While Odisha CM Naveen Patnaik was ranked as No.1 and UP CM Yogi Adityanath got No. 2 rank, CM Jagan was at 3rd Rank. Telangana CM KCR had secured fifth rank in this survey conducted by VDP Associates.

In fact, no other Chief Minister in Jagan’s capacity was as undiplomatic and plain-spoken as Jagan did. Be it refusing to announce the loan waiver during 2014 polls when opponent Chandrababu did, or his comment on Kapu reservations or be it his decision to renegotiate the Power Purchase Agreements (PPAs), or the reverse tendering of Polavaram National Irrigation project or proposing 3 capitals including Legislative Capital, Administrative Capital and Legal Capital, Jagan has been very frank and always speaks his mind and his actions follows his words. His words and actions may have invited criticism and may have got severe flak from various corners, but he has always stuck to his choices and decisions.