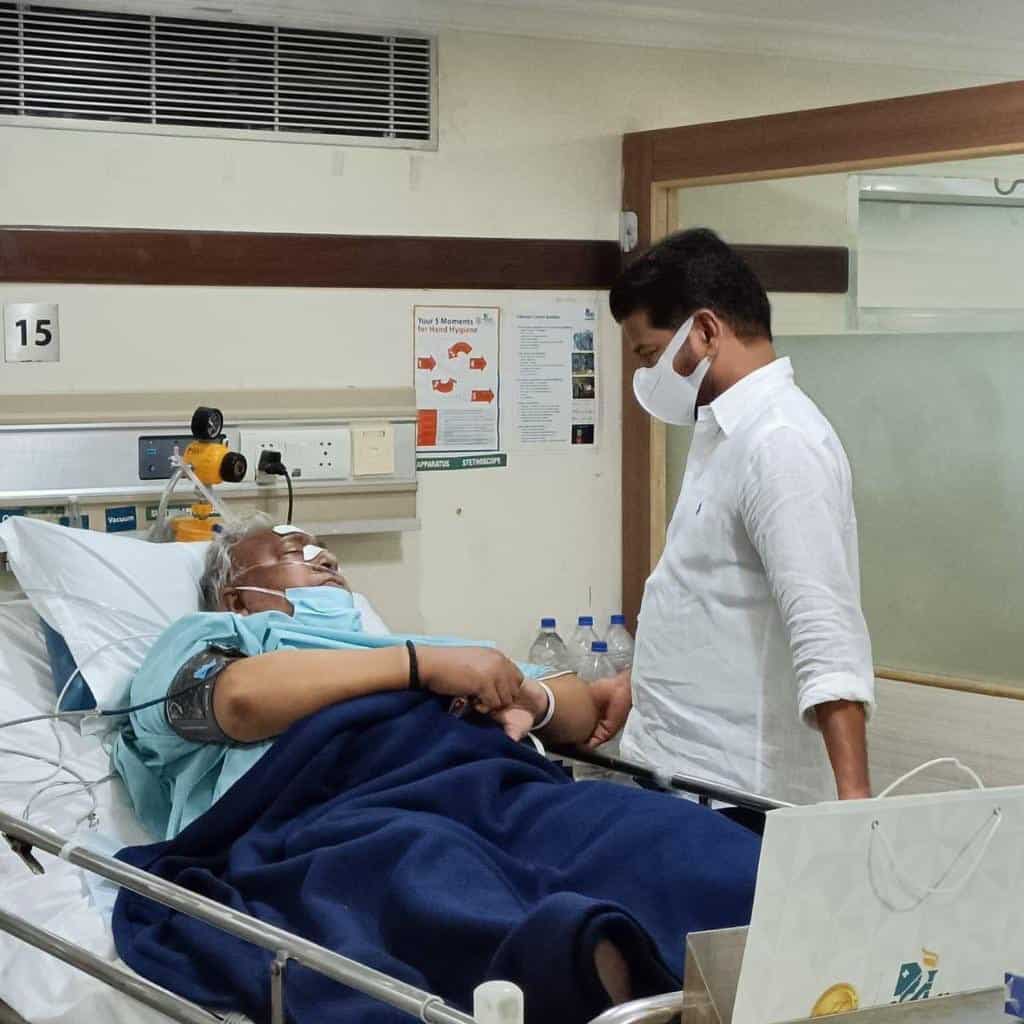 Malkajgiri MP Revanth Reddy who took over the powers of Telangana PCC has met senior Congressman V Hanumantha Rao who is in ICU at a private hospital. That’s a strange and rare incident to occur because we know the cold war between VH and Revanth.

During the weekend VH was admitted to Apollo hospital in Hyderabad due to kidney related issues. He was shifted to ICU but the doctors informed that his condition is stable. Learning about VH’s health status, Revanth reached out to the senior leader keeping the differences aside.

For a few minutes Revanth and VH had a small chat and the new PCC chief also enquired about the latter’s health. During this VH reportedly congratulated Revanth on becoming the new Telangana Congress boss. Wishing VH a speedy recovery, Revanth left the hospital. This incident invited a lot of eyes among the Congress supporters.

But the fact remains that VH is hell bent against Revanth. Previously VH stated that he would leave the party if Revanth is made the Telangana PCC chief. But then the Congress high command did not bother about the outrage it would invite by preferring Revanth over leaders who have decades of association with Congress.