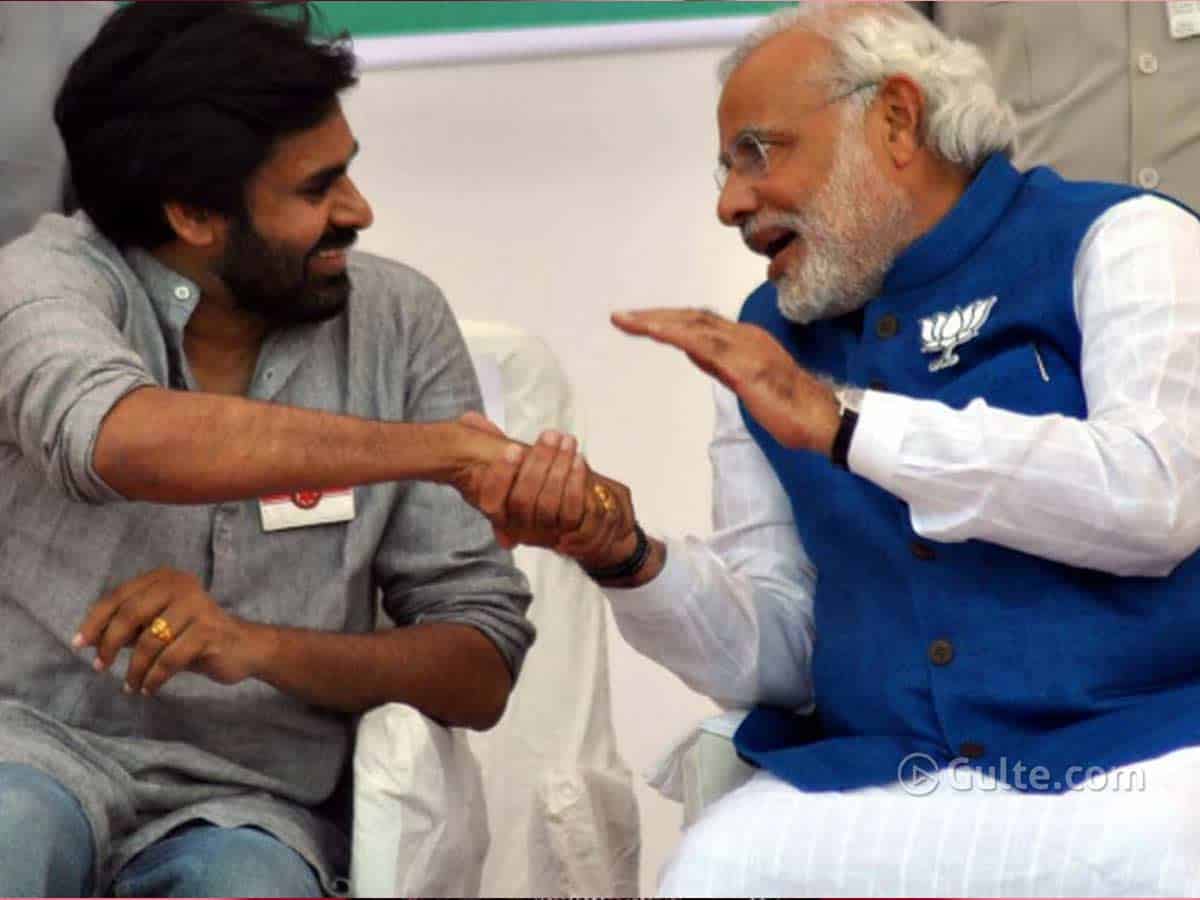 About a year back exactly on the same date, Narendra Modi sworn in as Prime Minister of India for the second time. In this last 12 months, Modi 2.0 has taken many bold decisions such as abolishing triple talaq and Article 370 to Jammu & Kashmir.

There is a mixed feedback on the performance of NDA government. But Jana Sena Party chief Pawan Kalyan assessed that Modi’s 2.0 has done remarkably well in the last one year. He took to his Twitter and showered compliments on PM Modi and his government.

“A year that saw historic and landmark decisions in the country; And now our ‘Bharath’ shall soon become a Self-Reliant Nation. The 21st century shall truly belong to ‘India’ under the visionary and courageous leadership of Hon. PM Sri @narendramodi ji My Hearty Congratulations!! To everyone in the govt for 1 year of bold and successful reforms. Jai Hind!,” tweeted Pawan Kalyan.

Pawan’s praise can be understood here as Jana Sena and BJP are allies now. But if we go back in time, Pawan was the one who started the fight against BJP and Modi in the ‘Special Category Status’ to Andhra Pradesh.