KTR’s Counter To Revanth Reddy Is Something Not To Miss 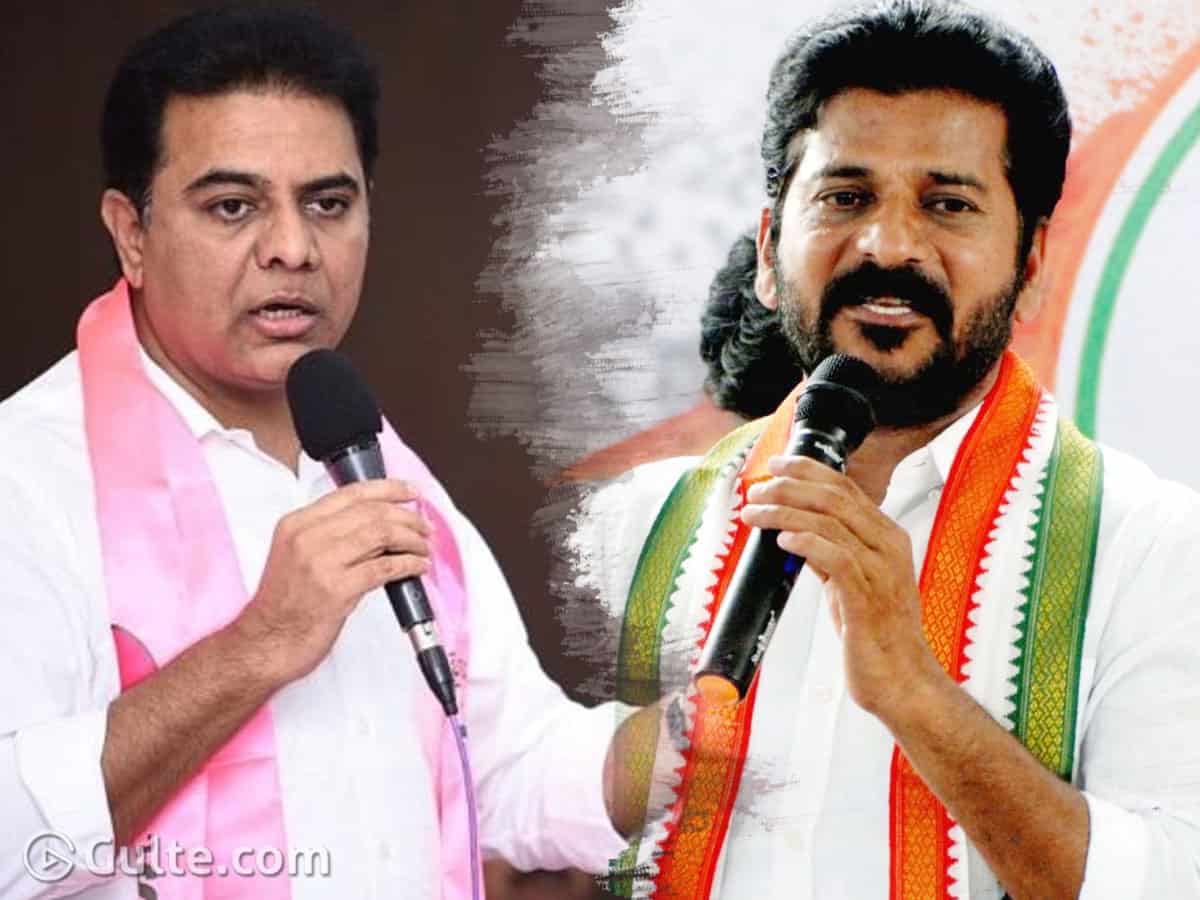 On taking over as Telangana PCC chief, firebrand leader Revanth Reddy vowed that he would fight to the neck until KCR is dethroned from CM chair. In his speech Revanth made some provocative remarks in his usual style. The reaction to Revanth’s comments arrived from none other than TRS Working President KTR.

“I have no clue whether Revanth Reddy is in T-TDP or T-Congress but I can assume that there is a lot of confusion over there. There will be a batch when a new film releases and we imagine that there is something happening until we realise that it’s a flop show,” said KTR on Revanth’s taking oath ceremony.

KTR also pointed out Revanth’s comments on Sonia Gandhi. “He (Revanth) termed Sonia Gandhi as Telangana ‘Thalli.’ He is the same guy who called Sonia as a demon who was responsible for sacrifices of 1200 odd Telangana people and students for the separate statehood. His comments are still available on YouTube. Probably tomorrow or day after Revanth may call Chandrababu as father of Telangana,” added KTR.

Reacting to the merger of Telangana Congress Legislature Party (TCLP) in Telangana Rashtra Samithi Legislature Party, KTR defended that it was done as per the schedule 10 of Indian Constitution. “Who else is the better example than Revanth in buying MLAs?,” said KTR and added “Addanga Dorikipoyi Chippa Koodu Thinna Daridrudu Nuvvu.”

“The whole country watched you carrying cash bags to buy an MLA and now he is talking about Congress MLAs getting merged with TRS party. If that’s the case let’s start from Rajasthan where Ashok Gehlot government made BSP MLAs merge with Congress party,” stated KTR.

Possibly the first time KTR reacted harshly on Revanth’s comments but the latter would hit back for ‘Chippa Koodu’ remark.