Your Whole Cabinet Filled With TDP Right?: Revanth To KTR 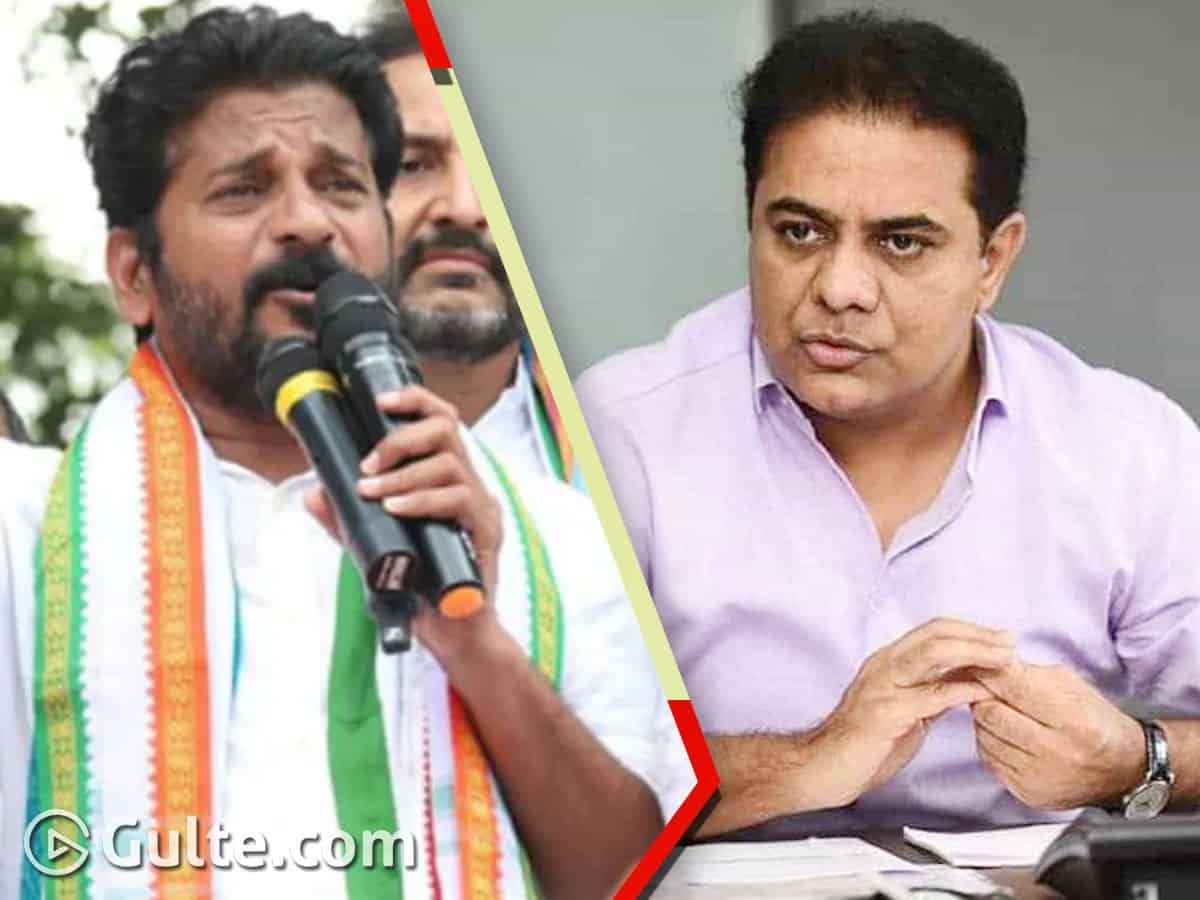 There is no stopping for Revanth Reddy who has recently become the T-PCC chief. KTR cracked a satire that he doesn’t know whether Revanth Reddy is in T-TDP or T-Congress, Revanth Reddy has given a sharp and befitting counter.

“Your whole cabinet is filled with TDP right?” Revanth shot back at KTR.

Revanth even pointed out that now L Ramana is being roped into TRS desperately due to backlash from backward castes after sacking Etela Rajender.

Revanth said that he earned the post of PCC president through his hard work, blood and sweat. “Had I bought the PCC president post, how much did KCR had paid to the Congress to get the Union Minister post back then? After announcing Telangana, KCR and family went upto Sonia’s family and promised that he would merge TRS into Congress but cheated.”

Predicting that the next general election in Telangana would come earlier than the schedule, Revanth said that KCR’s government would be dissolved after August 2022. Meanwhile, Revanth recalled that YSR’s last wish was to see Rahul Gandhi as the Prime Minister. He asked YS Vijayamma to respond to it.