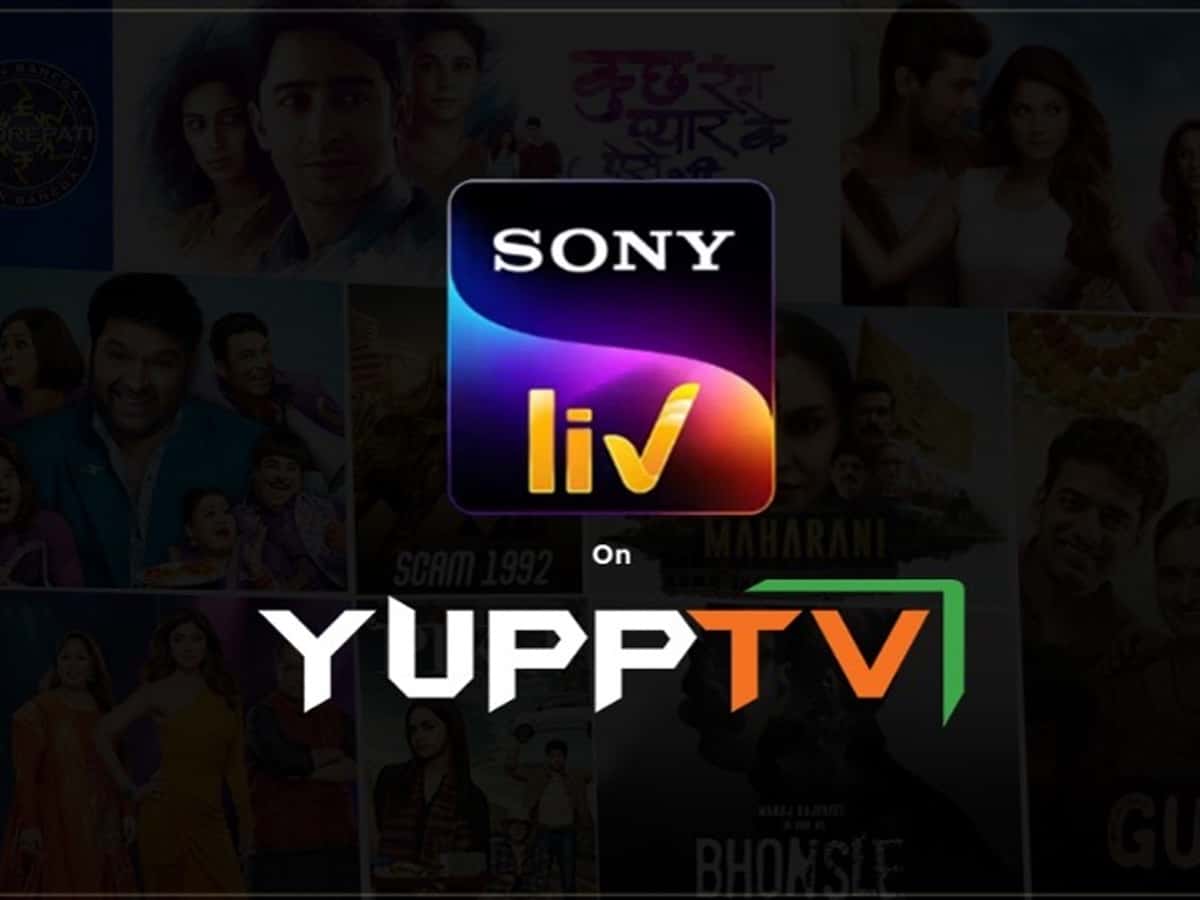 Hyderabad, 12, July 2021: YuppTV, the world’s leading OTT platform for South-Asian content, is has launched SonyLIV in UK, Australia, Canada, New Zealand, Middle East, and Europe on 1stJuly. Through this platform, viewers will be able to watch a wide range of entertainment content in multiple native languages, blockbuster Originals, TV shows and movies in various genres.

SonyLIV offers an assortment of VOD content including SonyLIV premium Originals, blockbuster TV shows and movies. With the launch of SonyLIV on YuppTV in in UK, Australia, Canada, New Zealand, Middle East, and Europe, YuppTV users will be able to enjoy a wide range of shows and movies across multiple genres.

Commenting on the association- Mr Uday Reddy, Founder & CEO of YuppTV, said, “It is a delight for us to add SonyLIV to our vast library, offering the entertainment giant a much wider reach across the globe. Our viewers are set to enjoy ample latest and greatest options from SonyLIV on our platform. These markets provide great potential for Indian television viewers from Hindi shows to South Indian movies. It will be a great association for both.”

Mr. Manish Aggarwal, Head – Growth and Monetization, Digital Business, said, “We are excited to extend our presence overseas and offer a plethora of enriching and diverse content to a wider set of audience with YuppTV. It is a pleasure to come together and be able to continue transforming the face of Indian entertainment globally. This collaboration will help us make our content easily accessible and ensure a seamless experience for our viewers.”

Be it shows like the ultra-famous ‘Scam 1992 – The Harshad Mehta Story’, Maharani, Avrodh, users can access a wealth of SonyLIV shows through the YuppTV platform. The users will get a blend of shows in multiple languages including Hindi, Marathi, and Bengali along with Hindi dubbed South Indian content.

SonyLIV is the first Indian premium Video on demand (VOD) service by Sony Pictures Networks’ (SPN) providing multi-screen engagement for users on all devices. Launched in January 2013, the digital streaming player is home to 24 years of rich content from the library of Sony Pictures Networks India (SPN) with over 40,000 hours of programming. SonyLIV subscribers get exclusive access to its Originals, 18,000+ hours of TV Shows, LiveTV and Kids content.

With 100 million+ app downloads so far, SonyLIV provides original and exclusive premium content to Indian viewers. The platform has over 150+ original shows spread across Hindi, Marathi, Gujarati and Bengali. The Tamil and Telugu library itself boasts of 2000+ hours of Movies and Originals. SonyLIV’s originals its line-up includes – Avrodh, Your Honor, Undekhi, Bhonsle, JL50, Sandwiched Forever and Scam 1992: The Harshad Mehta Story, Maharani and many more.

The network is recognized as an employer of choice within and outside the media industry. SPN is a recipient of several awards, including India’s Best Companies to Work for 2020 by the Great Place to Work® Institute, India, ‘Aon Best Employers India’ awards in recognition of SPN’s unique workplace culture and exceptional people practices, consistently ranking amongst India’s Top 10 Companies with Best Health & Wellness Practices by SHRM & CGP Partners and listed by Working Mother & AVTAR as one of the 100 Best Companies for Women in India.

YuppTV is one of the world’s largest internet-based TV and On-demand service provider for South Asian content, offering more than 250+ TV channels, Movies and 100+ TV Shows in 14 languages.

Emerald Media is led by industry veterans Rajesh Kamat and Paul Aiello, supported by an experienced team of investment and operating executives. The platform primarily focuses on providing growth capital to media, entertainment and digital media companies. YuppTV had earlier raised its Series A round of funding from Poarch Creek Indian Tribe of Alabama.

YuppTV has 25000 hours of entertainment content catalogued in its library, while nearly 2500 hours of new on-demand content is added to the YuppTV platform every day. YuppTV offers Live TV and Catch-Up TV technology.

It also offers YuppFlix, a movie on demand streaming service for Expat Market and recently launched YuppTV Originals to bring forth unconventional story telling in collaboration with the top talent from the movie industry. Originals will be available in episodic format for the digital audience, exclusively on YuppTV’s platform.

YuppTV is the most downloaded Indian SmartTV app and it also boasts of 13 million mobile downloads with 4.0 user rating.