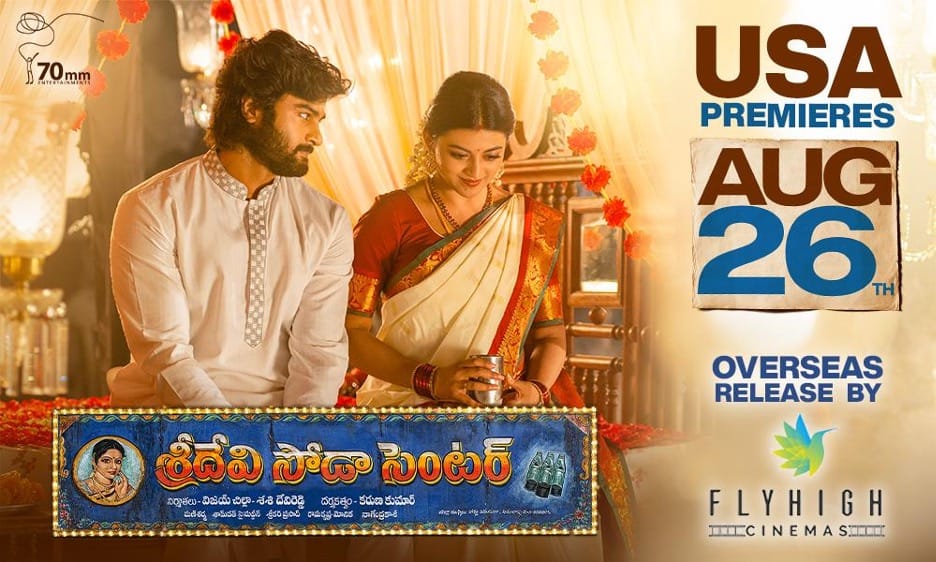 Flyhigh Cinema is happy to announce that we acquire the overseas theatrical rights of upcoming Sudheer Babu’s commercial family entertainer Sridevi Soda Center which is slated for premiers on 26th August in the USA.

Fly high cinemas, which released the super hit blockbuster Jathi Ratnalu is releasing Sridevi Soda Centre in more than 120 centers across the USA.

The film is directed by Karuna Kumar of ‘Palasa 1978’ fame and produced by Vijay Chilla and Shashi Devireddy on 70MM Entertainments banner who produced Bhale Manchiroju, Aanando Brahma & Yaatra in the past.

Sudheer Babu will essay the role of a lightman in the film and Anandhi plays the female lead and will be seen as a village belle. The film’s music is composed by Mani Sharma and the first single “Mandhuloda” was released by Mega Star Chiranjeevi, which topped the music charts.

The trailer of the film was released earlier today by Super Star Mahesh Babu and is a perfect blend of action, emotion, sentiment and romance. Don’t miss to watch Lighting Suri Babu and Soda Sridevi’s romantic-emotional story in theatres near you.

We would like to thank the producers Vijay Chilla & Shashi Devireddy for giving us the opportunity.