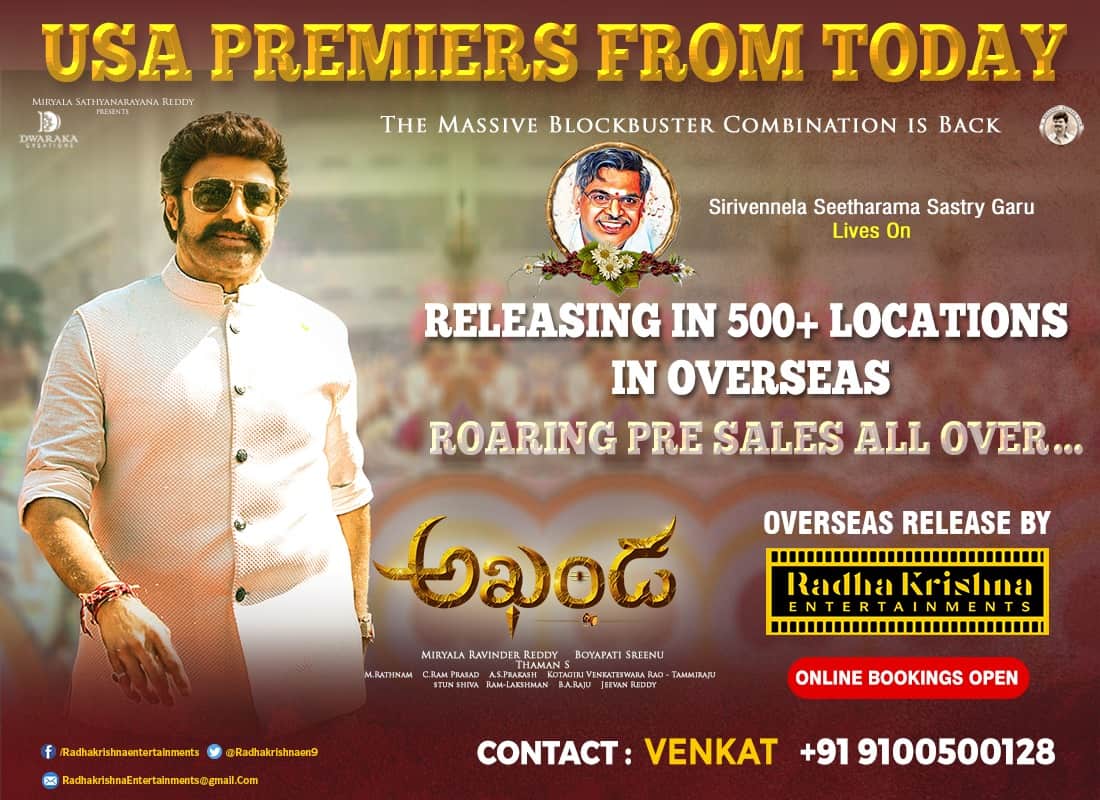 Natasimha Nandamuri Balakrishna and mass director Boyapati Srinu’s much awaited high intense action entertainer Akhanda is all set for a grand release worldwide on December 2nd with premiere shows in USA and few other centers on December 1st. Radha Krishna Entertainments will be releasing the movie in overseas.

Drives for all the locations have already been dispatched and KDMs are issued now to start Premieres on time.

There are roaring pre-sales all over. As of now, the pre-sales crossed $200k mark as of yesterday which is massive. Going by the trend, Akhanda will be one of the biggest openers for a Telugu film in 2021. Apparently, aggressive promotions and positive buzz is favoring the movie to make strong business.

Pragya Jaiswal played the leading lady, while Srikanth and Jagapathi Babu will be seen in very powerful roles.

S Thaman has scored music and all the songs got tremendous response. The theatrical trailer of the movie too got thumping response.

Go grab your tickets for this Big ticket film after 8 months.