Godavari Flows to India as “UTK” 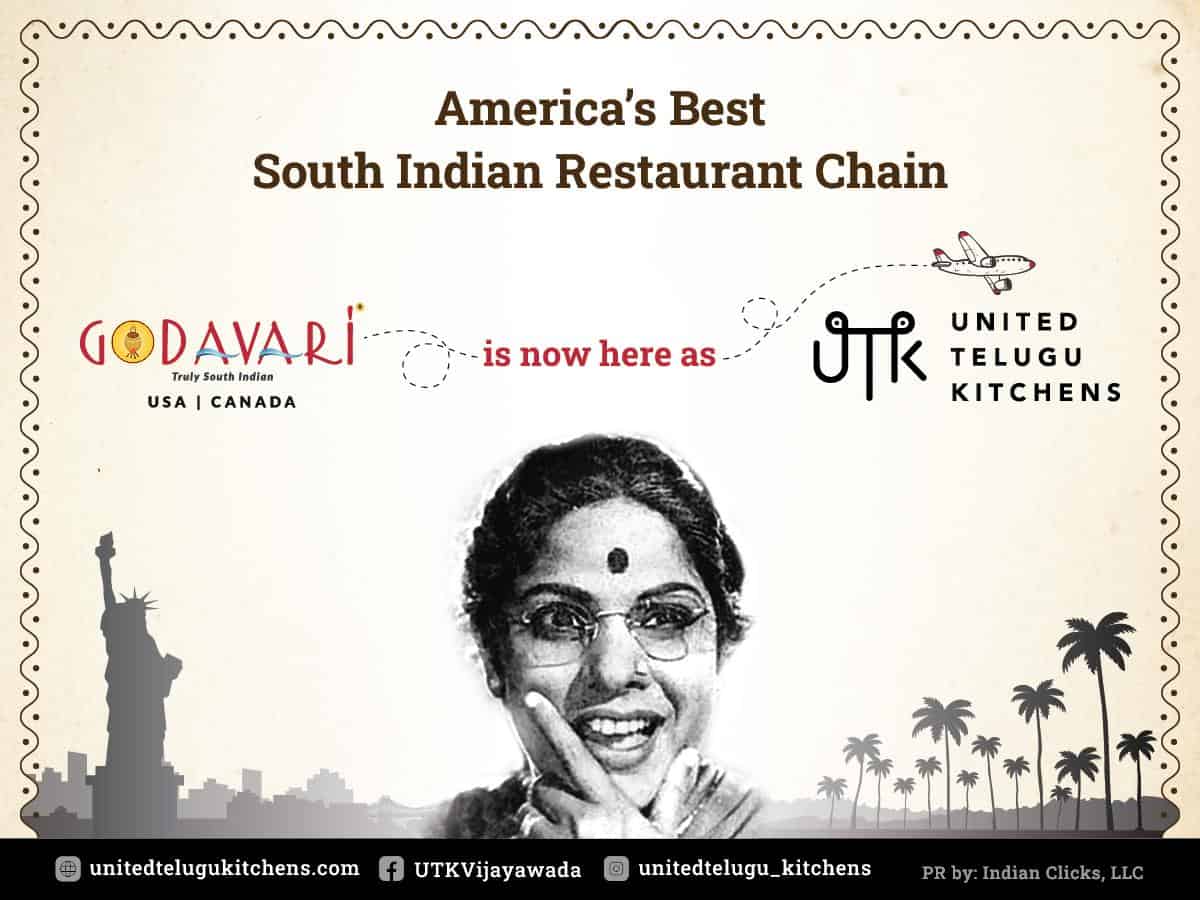 “Godavari Group”, The World’s renowned South Indian restaurant chain in USA & CANADA based out of Boston, USA opened their first location in India as United Telugu Kitchens (UTK) in the city of Vijayawada, Andhra Pradesh.

The idea of bringing primal flavours of Telugu culinary delights from regions of Rayalaseema, Telangana & Andhra Pradesh under one kitchen is “UTK”.

From the minimalism of Telangana cuisines to the dense complex spice-filled Andhra & Rayalaseema cuisine that is every bit delicious is what you get there at “UTK”, Vijayawada.

“UTK” is already creating waves among the food lovers in Andhra Pradesh which is boasting our culture with modern and uniquely cooked Telugu Food.

“UTK” spreading around 8,000 sq. ft also includes a Banquet Hall named as “KALUVA” for small gatherings in the heart of the city and is going to be known as an Indian version of the Godavari chain of restaurants.

The founders had taken care in creating an appealing ambiance of UTK. Worlds collide and time stops in the design as the interior has a right blend of modernity and tradition making it stand out.

The mascot of the restaurant is uniquely designed and sculptured 10 feet Bull Face (Gangireddu) which was designed by the famous sculptor “Ranga” from Telangana.

“We want to flow “UTK” throughout India in every state possible spreading the flavours of Telugu Cuisine.” Said the founders.

“UTK” came up with very interesting tags such as “Mana Basha, Mana Bhojanam”, “Divided by Boundaries, United by Cuisines” and many more which are gong viral on the social media.

You can join their team or if interested in a franchise, the team could be reached at hello@unitedtelugukitchens.com

Thanks again…. Hope you all enjoy our cooking….