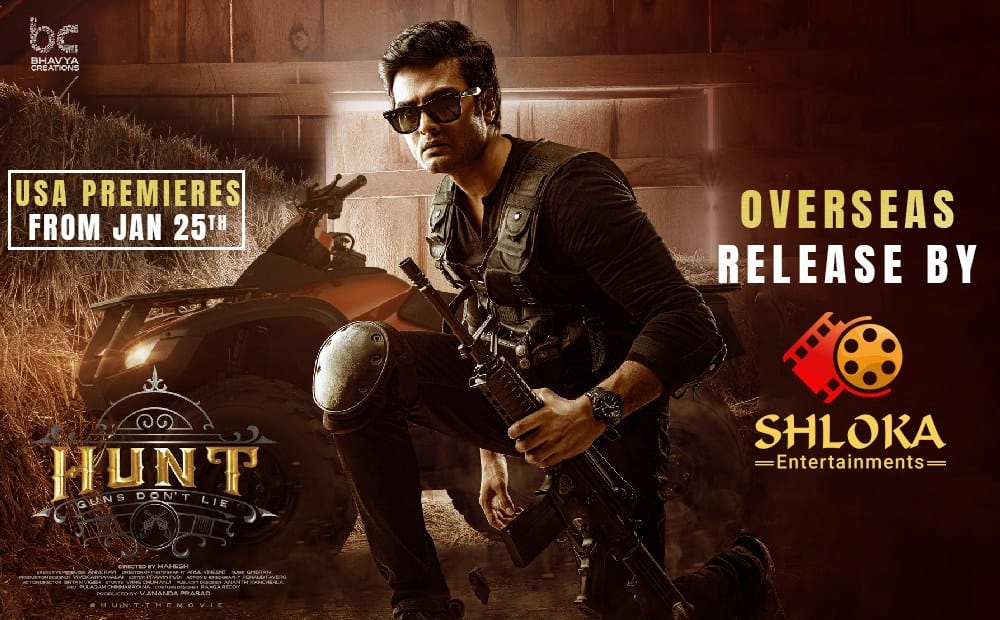 After the stupendous success of Sankranti Blockbusters Waltair Veerayya, Veera Simha Reddy & Varisu, Shloka Entertainments is happy to announce that we have acquired the overseas rights of Nitro Star Sudheer Babu’s HUNT.

Sudheer Babu who always puts himself in the front in promoting his films made another step forward. A super confident Sudheer Babu has taken the overseas distribution rights and releasing Hunt Movie in association with Shloka Entertainments.

Sudheer Babu is playing a cop in the film Hunt, an intense action thriller being bankrolled by V Ananda Prasad under Bhavya Creations banner. Directed by Mahesh, the movie’s first look and Teaser have already garnered great buzz and increasing expectations on this high-octane action thriller.

This film also has Premisthe fame Bharath and Srikanth in key roles, while Ghibran scored the music. Renaud Favero, Bryan Viger who worked on several Marvel films and John Wick 4 have choreographed some breathtaking action sequences for the film.

We would like to thank the producer Anand Prasad Garu and our hero Sudheer Babu Garu for giving us this opportunity to release HUNT in overseas markets.

For business, please contact us at 972-209-7896 or email us at shlokaentertainments1@gmail.com.